Exploring the East - The Dutch & the Dodo

The account of the voyage was first published in Dutch in Amsterdam in 1600. As more of the crew returned from the journey, a second much enlarged Dutch edition appeared in 1601, also issued in translation as the present first French edition. This enlarged text includes five additional engravings and two woodcuts (of nutmeg and cloves), and many additional details about the voyage. A shorter, unillustrated translation in English (without the engraving of the dodo, or any of the other engravings) also appeared in 1601, also an exceptionally rare book. 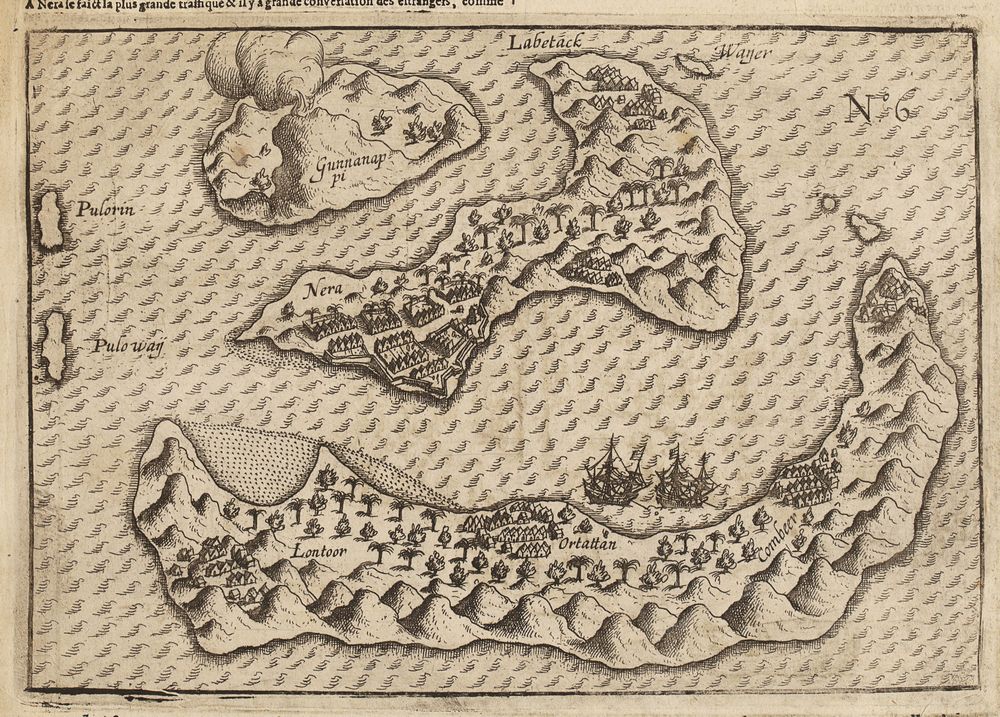 In May 1598, van Neck was sent by Maurice of Nassau, Prince of Orange, with eight fleets, on his first voyage to Indonesia, setting sail from the port of Texel. He was accompanied by Vice-Admiral Wybrand van Warwyck and the polar explorer Jacob van Heemskerck. After initially making good progress (reaching the Cape of Good Hope within three months), heavy storms separated van Neck and three of the eight ships from the rest of the party. Van Neck landed safely on the east coast of Madagascar and refreshed his supplies before carrying on to the city of Batam, Indonesia, which he reached on 25th November 1598 (less than seven months sailing). Here he was reunited with his fellow explorers and successfully filled four of the ships with spices. He sailed back to Amsterdam, arriving in July of the following year. On their return to the Netherlands, Van Neck’s ships were commanded to unload and set sail again, due to the success of their expedition. This saw the fleet land on the Ilha do Cerne in the Mascarenes (which was renamed Mauritius, after Prince Maurice). The eight ships returned loaded with goods two years after the expedition was launched. 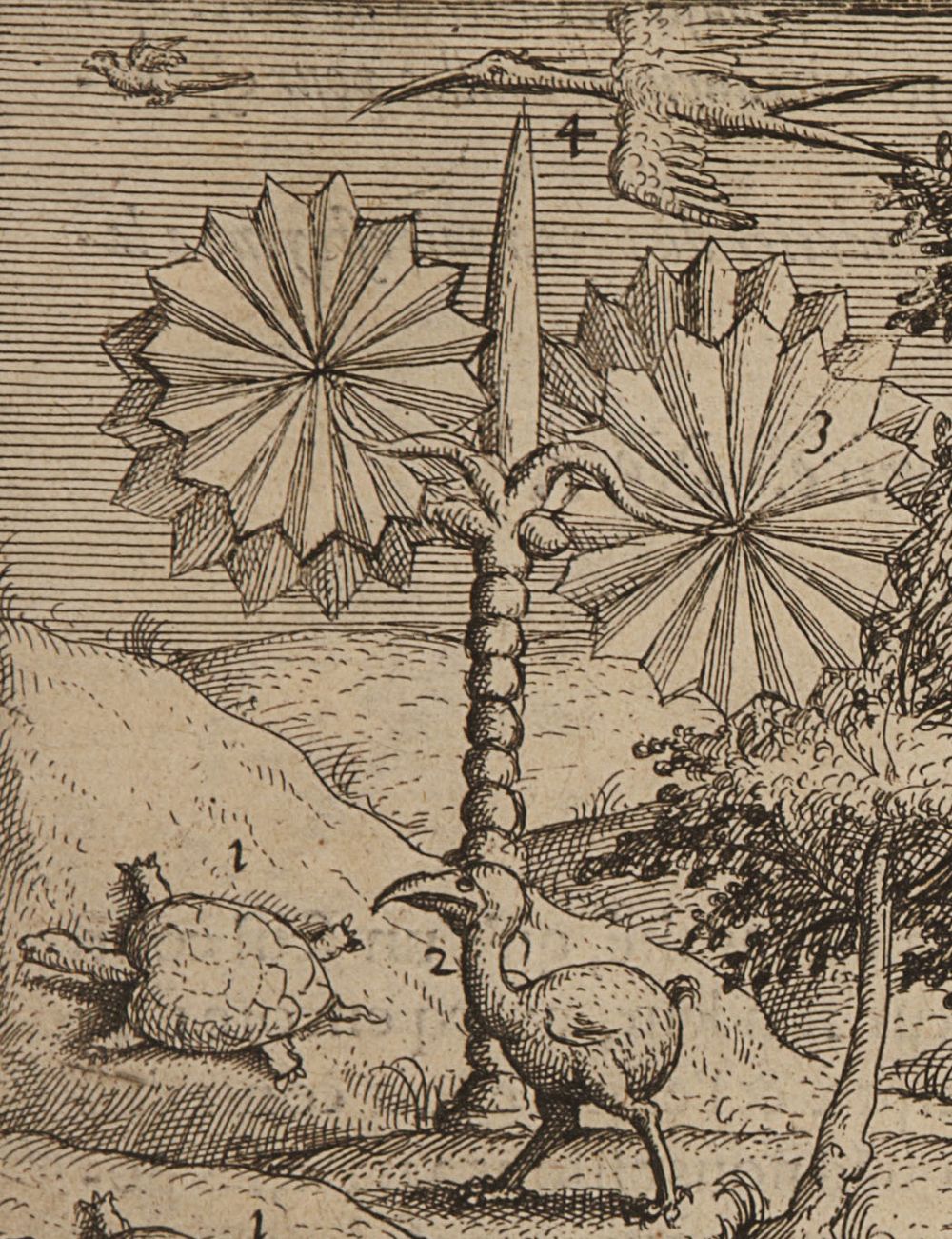 During the exploration of the island the Dutch voyagers took note of their surroundings. They were pleased with the dark volcanic soil and documented the forests of ebony trees. Wildlife was abundant, encompassing doves, turtles, fish, and dodos, which the Dutch called Walckvogel, translating as "disgusting bird". The animals are described and depicted in van Neck’s publication - for example, he mentions a “great multitude of tortoises of incredible size”. The book notably contains the first description in print, and the first engraved image, of the dodo.

According to Howgego, “despite the apparently high price paid for spices, he [van Neck] netted a profit of 300 percent on his overall costs”, meaning the expedition was incredibly successful. Howgego goes on to say that, “in 1601, fourteen fleets comprising sixty-five ships sailed for the East Indies, but by that time competition between rival Dutch operators, as well as with the Portuguese, had inflated prices and none were as successful as Van Neck's first enterprise." This encapsulates how important the second Dutch expedition was for the Netherlands in establishing its place in the Indonesian spice trade, leading to the founding of the Dutch East India Company. 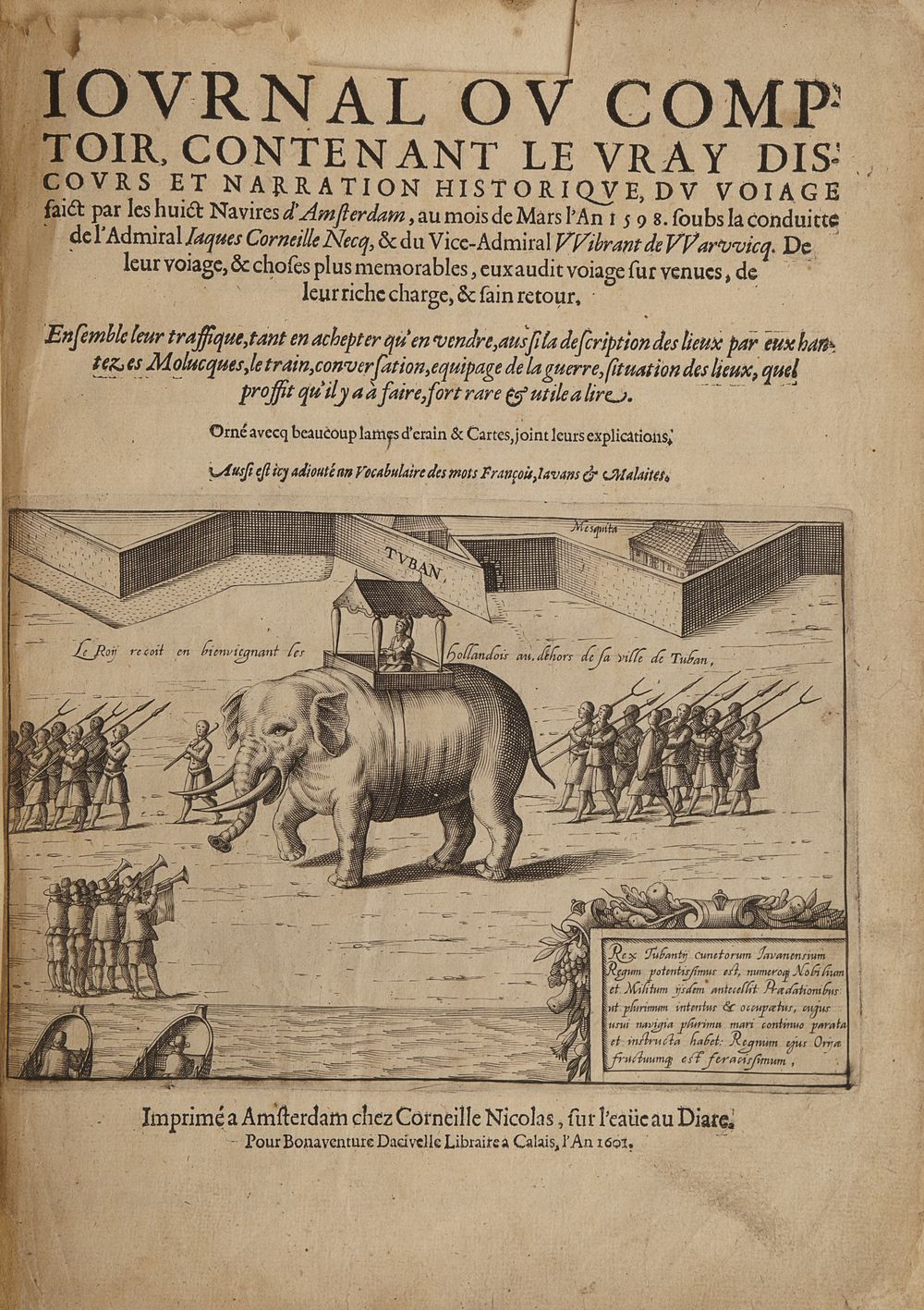 Van Neck made one more voyage after this expedition before retiring. He then became mayor of Amsterdam for a time as well as alderman and a member of two admiralty colleges. Van Neck died on 8th March 1638.