In February 2021,  we were delighted to present a group of works by Peter Howson, arguably one of the finest and certainly one of the most controversial British painters of the late 20th and 21st centuries in A Celtic Vision: A Private Collection of Scottish Paintings.

Peter Howson is arguably one of the finest and certainly one of the most controversial British painters of the late 20th and 21st centuries. Born in London in 1958, he moved with his parents to Scotland aged four and studied at Glasgow School of Art from 1975 - 1977, under Sandy Moffat. On graduating, he took on various jobs, including nightclub bouncer and supermarket manager before enlisting as a private soldier in the Royal Highland Fusiliers. In 1979, disenchanted with the army, he returned to art school and from 1981 began to show at Edinburgh’s influential 369 Gallery. 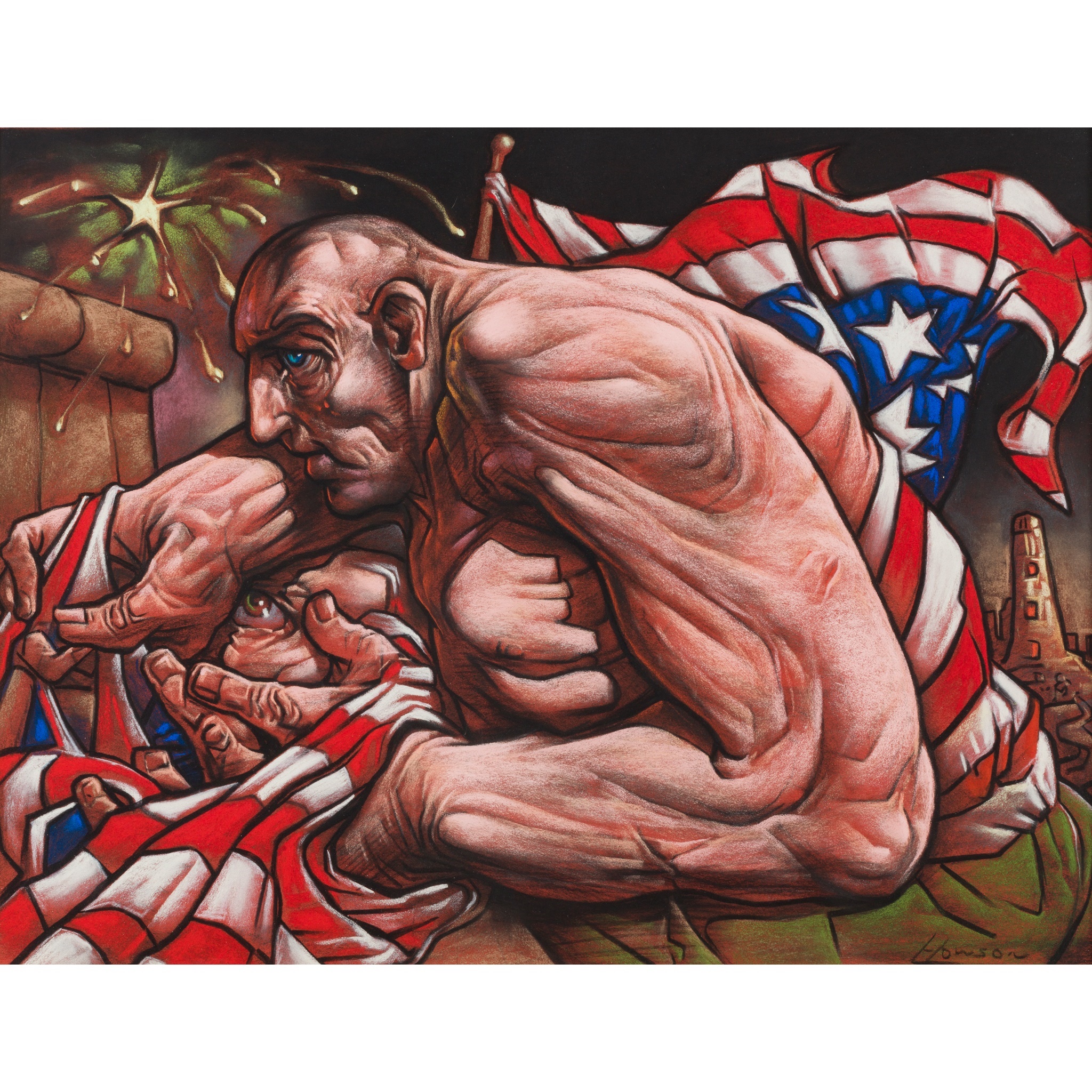 What might be said to be Howson’s signature style first emerged in a series of murals made for Feltham Community Association in London in 1982, painted in an urban realist manner. He quickly developed this into a style highly reminiscent of Max Beckmann, with exaggerated musculature, sinister characters and voluptuous nudes. He also embraced Beckmann’s subject matter of extreme physical cruelty, depravity and dysfunctional behaviour. 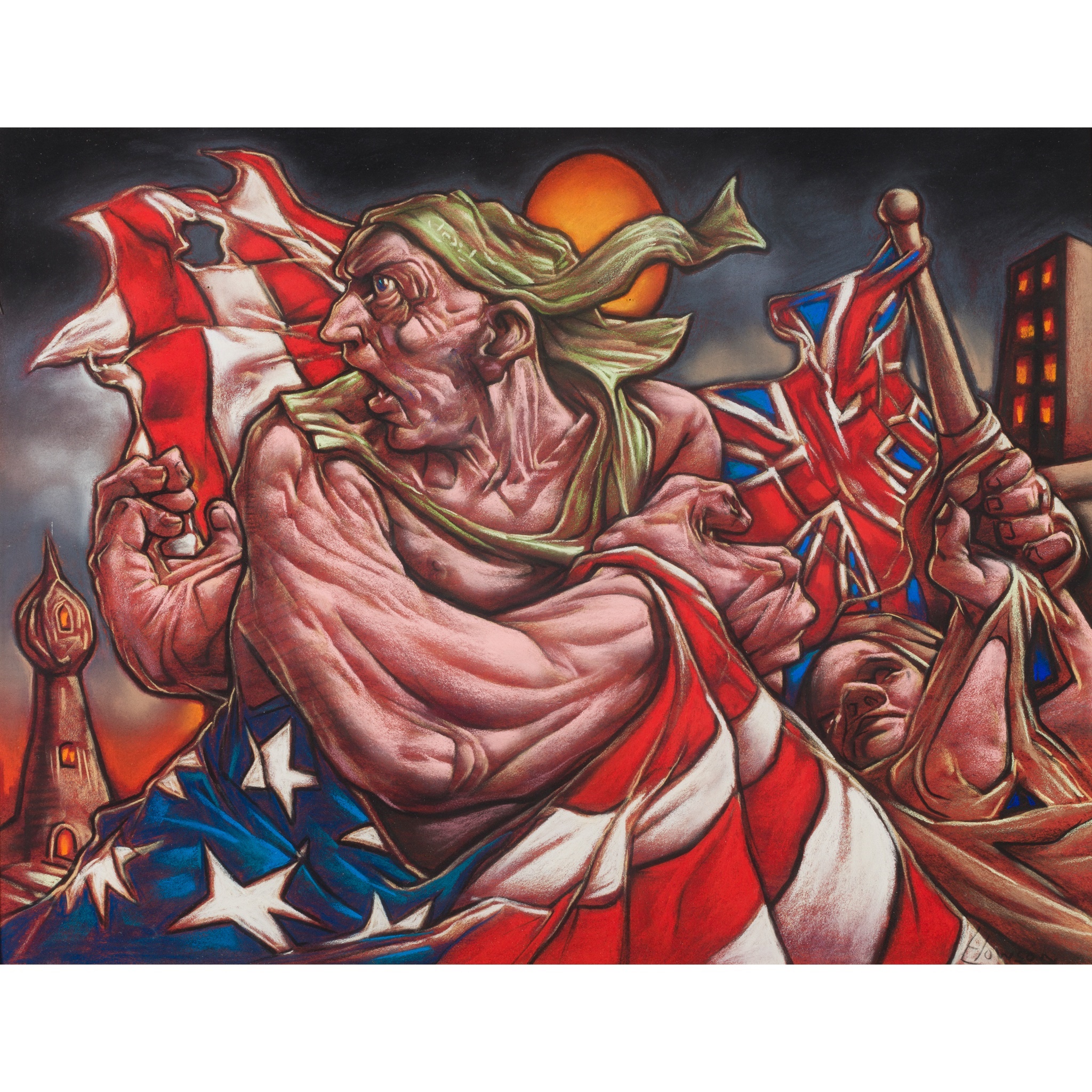 In his early works, Howson concentrated on characterizations of working class men, at the gym, at football matches, in the pub, or merely in a crowd. His artwork became more brutal, displaying increasing levels of violence and voyeuristic sexuality. 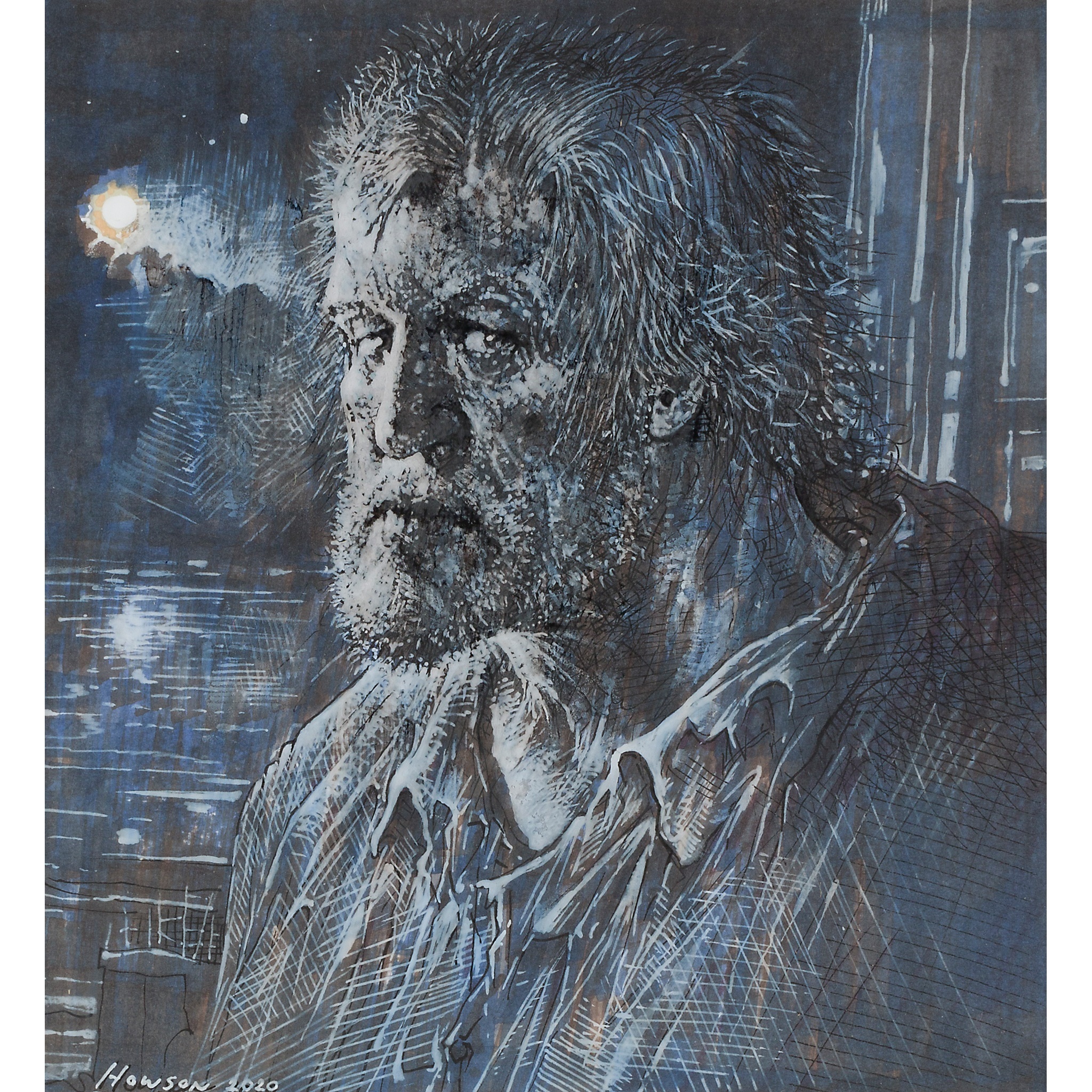 In 2000, Howson was treated for long-term alcoholism and drug addiction and that same year, possibly as result of this treatment, famously underwent a conversion to Christianity. Thereafter, his work began to exhibit a strong religious content. Today, as always enigmatic, shy and unpredictable, he remains one of the most fascinating figures in 20th century British art.

In February 2021, our single owner auction of Scottish art, A Celtic Vision, featured a wonderful group of works that highlighted Howson style and the shifts throughout his career.