Tapping into his lived experience, Peter Howson found swift and remarkable success with his work entering significant collections soon after graduation. We were delighted to present a group of works by Howson in our January 2022 auction of Contemporary & Post-War Art.

The 1980s and 90s saw an extraordinary, internationally recognised breakthrough of artistic talent in Scotland, and critics and collectors alike remain intrigued by its sudden and spectacular eruption. In many respects, these artists were both the product and visual representation of a Scotland which, having reached the bottom of its post-industrial slump, picked itself up and reinvented itself with extraordinary vigour; transforming into a vital force once again. 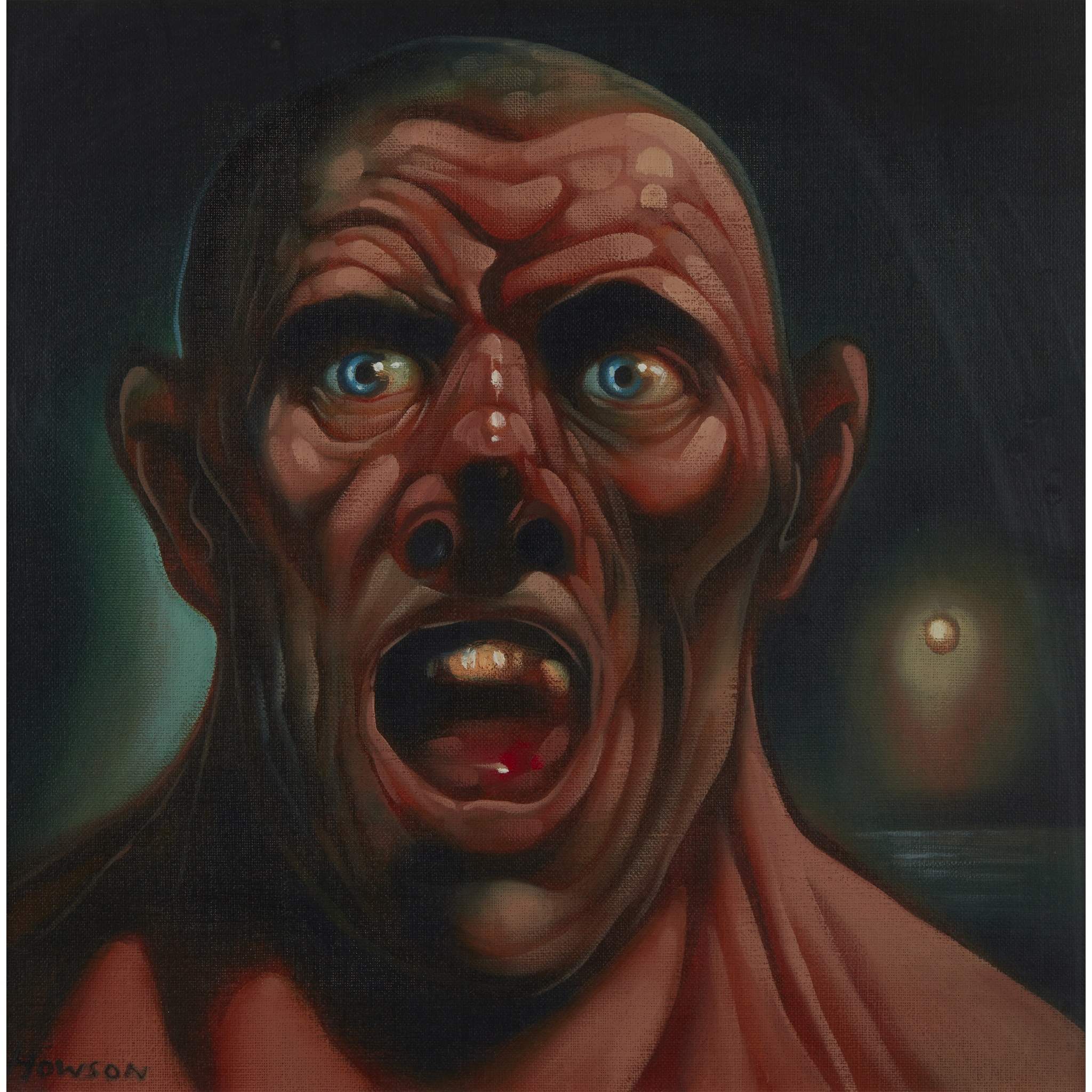 Glasgow’s successful rehabilitation was the epicentre, and it is not surprising, therefore, to find that its famous Art School became the nexus of the new wave of artistic talent. Though it was derided at the time, Scottish art schools never gave up on life drawing throughout the 1970s and 80s, so when the focus of art re-centred on the figurative tradition, Scottish artists were well placed to convincingly and skilfully innovate upon the past. This was combined with influential teachers, namely in the form of Sandy Moffat who did much to encourage the move away from the painterly, colourist orthodoxy of the still life and landscape tradition that typified Scottish art for so long; instead advocating an expressive and figuratively focused art, with a bent towards examining social issues. Crucially, a receptive and supportive gallery network evolved, ready to support this wave of young talent.

Howson chose to work on a monumental scale to ape the scale of traditional history painting. He consciously subverting it by elevating the insalubrious subject matter of his brawlers and dossers, magnifying his grotesqueries to heroic proportions.

Howson tapped into his lived experience in the military and as a bouncer in the dive bars of Glasgow’s city centre to find his subjects. Lifting figures from memory, he pumped them up into exaggerated and overgrown character archetypes, through whom he examined the most toxic aspects of masculinity in order to reveal its ugly, destructive truth. Though the acerbic, grotesque social commentary of Weimar Republic artists like George Grosz and Otto Dix are clear reference points, Howson’s work is in fact brimming with pathos. He allows his characters a tragic heroism, and his message is clear that they are just as much the victims of the violent systems they embody.

Illustrated above, in this relatively early work from 1991, he takes ‘Nijinsky’, the much-lauded early 20th century ballerina, as his subject. Howson created a series of four monumental works on this theme, of which this is likely one. On this series, the critic Peter Jenkins commented: “Nijinksy I see as a heroic figure: clumsy yet nimble, his macho prance is a dance of defiance; his leaden, booted feet may hold him down, but his head is in the clouds, jaw jutting; like a dancing bear, he is a noble beast made an object of derision…”

Howson, as was the case for several of his peers, found swift and remarkable success with his work entering significant collections soon after graduation. In 1993 he was commissioned by the Imperial War Museum as their official war artist to cover the Bosnian conflict.