For 2018, Lyon & Turnbull’s Paintings department are delighted to introduce a new sale format. Moving forward we will be holding two ‘Paintings & Works on Paper’ auctions a year, scheduled for the Spring and Autumn. The first will take place in Edinburgh on 14 March, featuring artworks from the 18th to 21st Century, with estimates ranging from £200-£2,000. 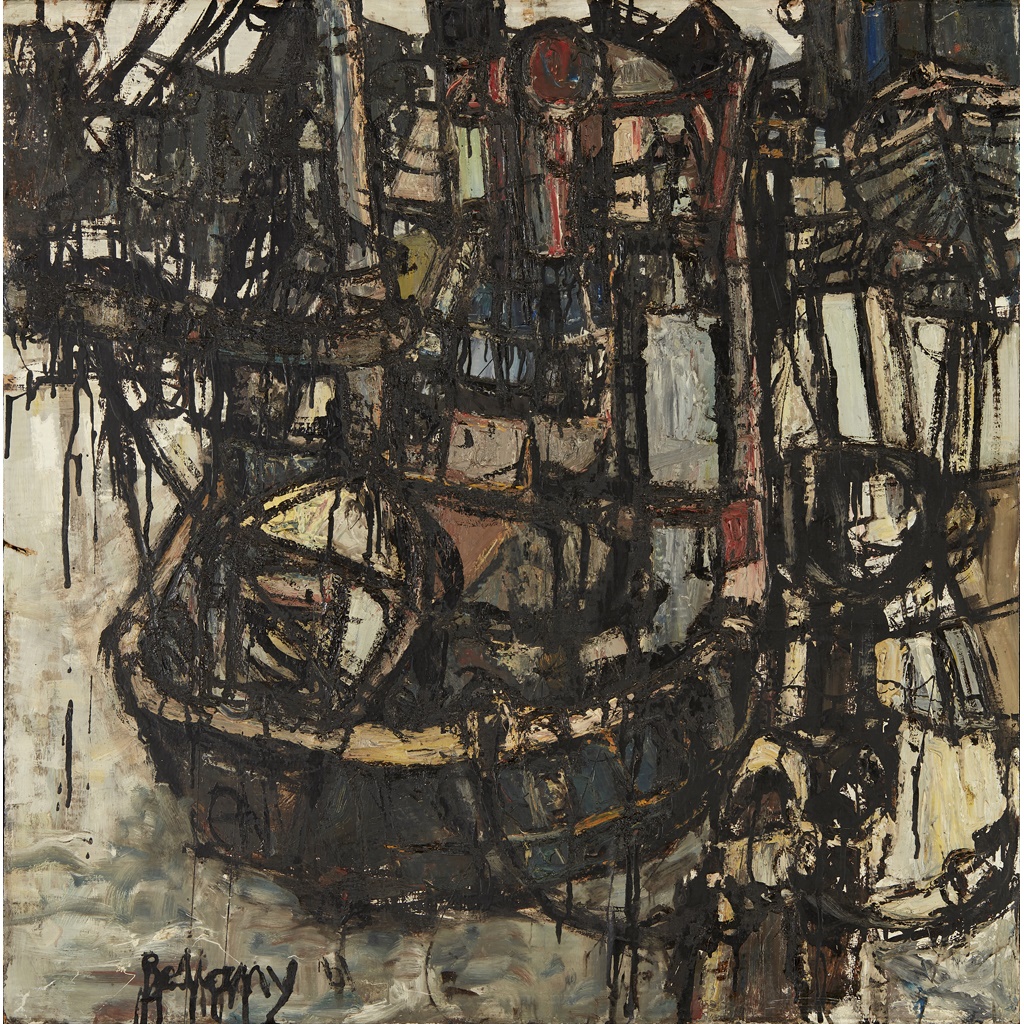 Both of these striking works, to be offered on 14 March, were painted by John Bellany while still a student at Edinburgh College of Art. As a hard-up student, he struggled to purchase all the artistic materials he desired to work with, and had to occasionally improvise as a result, in the case of The Hulk he painted directly onto cardboard rather than have to pay for artist’s canvas or board. Both of the works offered were purchased by the current vendor’s father at one of Bellany’s notorious 1960s railings exhibitions.

Having already been encouraged by their tutor, Sir Robin Philipson, to reject the decorative approach of the existing generation, Bellany and his fellow student, Alexander Moffat, went a step further and challenged local artistic institutions by by-passing them to hold their own exhibitions in the streets of Edinburgh.

In an interview in 2015, Sandy Moffat reminisced about the series of exhibitions, and remembered applying for a street trader’s licence to hold the first one on Castle Terrace in 1963, and then putting out a little card table on the pavement with a piggy bank for any public donations they might receive.

The first of these exhibitions took place during the 1963 Edinburgh International Festival, and in the next two years, the pair went even further and made their rebellion more explicit, as they moved their exhibitions to public spaces by the Scottish National Gallery and Royal Scottish Academy. This specific and considered choice of location acted as a clear rebellion against the restrictive tastes and practices of these institutions, and harbingers of taste, while also allowing the artists to symbolically place themselves outside these existing artistic structures.

In the decades since, Bellany developed his work from the strong grounding of vision and talent he was demonstrating as a student, and this was ultimately recognised by the Scottish art establishment with a retrospective at the Scottish National Gallery on the Mound in 2013.

Viewing in Edinburgh | from Sunday 11 March at 12 noon