Muriel Spark: Her Life and Works

1 February 2018 would have been the 100th birthday of one of Edinburgh’s best known daughters, Dame Muriel Spark. In the lead up to this event, on 17 May 2017, Lyon & Turnbull will be offering an important collection of works inscribed by Muriel Spark. The fourteen lots comprise a very personal collection of Spark’s books and other items, having been in the possession of her son, Robin.

Perhaps one of the more remarkable lots in the sale is lot 104, a single sheet poem entitled Out of a Book. Written by a 15-year-old Muriel Spark in 1933, of course under her maiden name, Camberg, this poem won a competition commemorating the centenary of the death of Sir Walter Scott. It was subsequently published, with copies being sold on behalf of the Edinburgh Children’s Shelter. Muriel Spark was evidently a gifted writer from an early age. 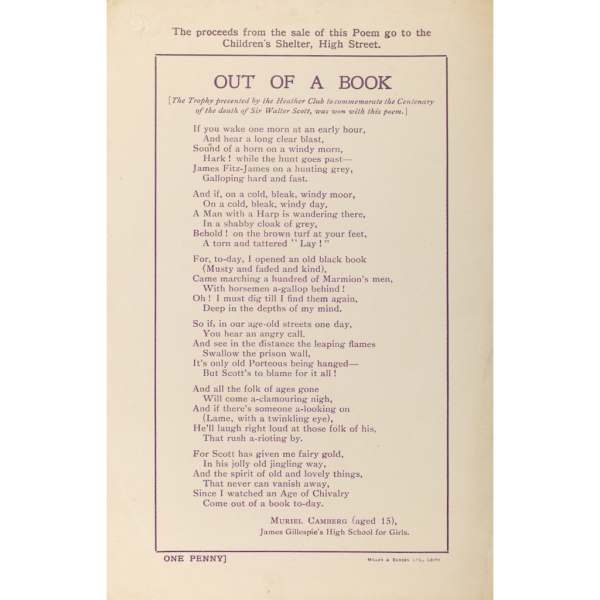 Spark’s childhood, particularly her experiences at school, are said to have influenced her best known work, The Prime of Miss Jean Brodie (lot 112 is an inscribed copy of the book). One of Muriel Spark’s class teachers at James Gillespie’s High School for Girls in Edinburgh, Christina Kay, is widely regarded as an inspiration for the work’s eponymous heroine. Spark is reputed to have returned to Edinburgh to write the book, on a small wooden table in her parents’ apartment (see lot 113). 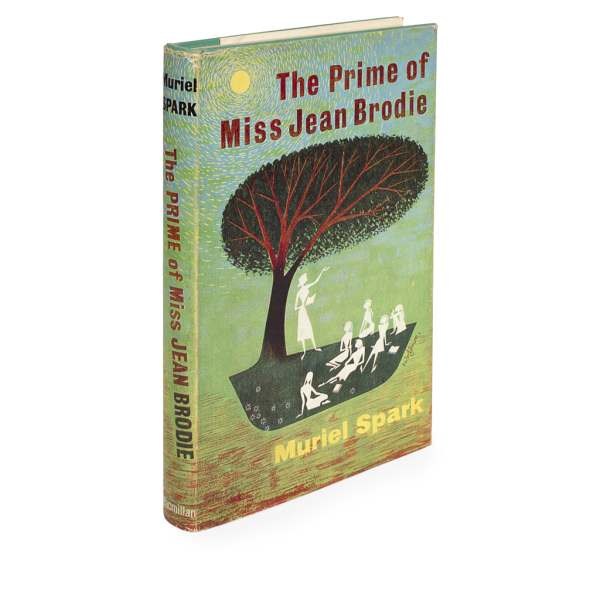 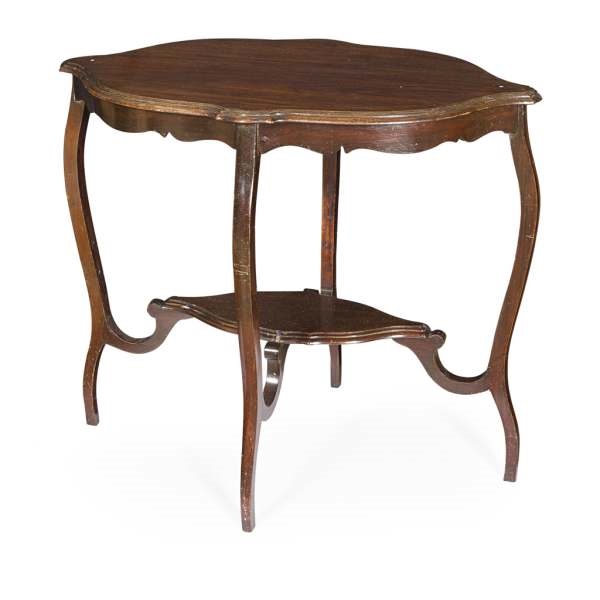 In spite of an early interest in literature, Muriel Spark’s professional writing career began later than many other authors. Following a short period working as an English teacher and then as a secretary at an Edinburgh department store, the young Muriel Spark emigrated to Southern Rhodesia (Zimbabwe), marrying Sidney Oswald Spark in 1937. Their son, Samuel Robin Spark, was born in 1938; however the Sparks’ marriage was not a happy one and broke up in the early 1940s, with Muriel Spark returning to the United Kingdom in 1944. Spark then worked for MI6 for the latter part of the Second World War, only beginning to write seriously following the end of the conflict. She began her first novel, The Comforters, in 1954 (see lot 107). The work was published in 1957 to great acclaim, including a very positive review by Evelyn Waugh. Spark completed four further novels before the publication of The Prime of Miss Jean Brodie in 1961. During this time, Spark was living in London, whilst her son was resident with her parents in Edinburgh. Many of the books included in the collection have been inscribed to Robin from his mother, whilst other works are inscribed to “Mother & Dad”. 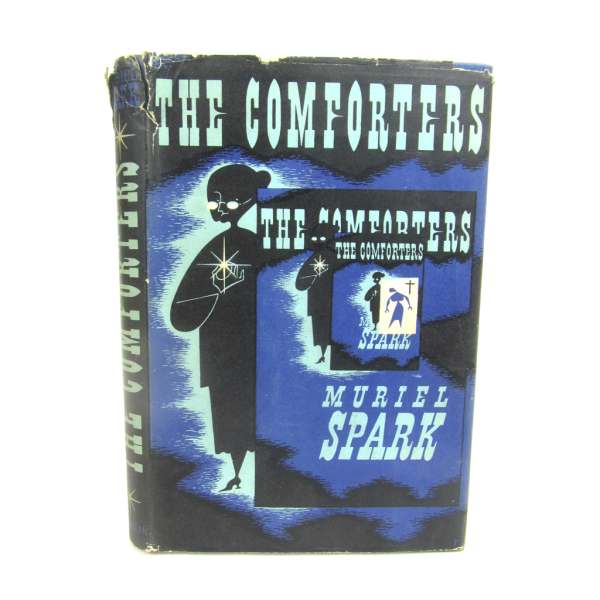 During the 1960s, Spark relocated to New York, before moving to Rome in 1967 and then to Tuscany in 1979. Her final novel to be completed, The Finishing School, was published in 2004, with a poetry compendium, All the Poems, published soon after. Muriel Spark passed away in 2006, her literary output spanning over 70 years, including 22 published novels.
Muriel Spark’s great contribution to literature has been widely recognised, and she was made a Dame Commander of the British Empire in 1993. Her obituary in the Guardian newspaper on 17 April 2006 wrote that Spark has a “place in the most hallowed annals of Scottish and English literature…” The collection offered by Lyon & Turnbull, with inscriptions from ‘Mum’ and ‘Mummy’ show another aspect of Muriel Spark’s life: as a mother and daughter, sharing her work with her family.