A MODERN MADE Feature

MODERN MADE: A New Auction of Modern & Contemporary Art, Sculpture, Design & Ceramics will examine the plurality of ideas and practices in painting, design and sculpture during the 20th Century, from the British Isles and beyond.

In this feature, we look at the work of some of the Modern British women to be offered in the forthcoming auction, including pieces by renowned Modern & Contemporary artists Lucie Rie, Mary Fedden, Bridget Riley, Maggi Hambling, Wendy Ramshaw and Pat Douthwaite.

Appointed the first female tutor at the Royal College of Art, where her pupils included David Hockney and Allen Jones, Mary Fedden’s work was commissioned for magazines and murals alongside being shown in galleries throughout Britian. Fedden became an academician of the Royal Academy and has received an honorary doctorate from the University of Bath as well as an O.B.E. in recognition of her work.

British ceramicist, Jeweller and sculptor, Wendy Ramshaw is one of Britain's most decorated jewellery designers. Her most widely known works are her sets of precious metal rings, mounted on turned Perspex or metal stands which began to appear from the early 1970s winning a Design Council award in 1971. Her signature jewellery ringsets are in 70 public collections including the V&A Museum, National Museums Scotland, Art Gallery of Western Australia, the British Museum, Metropolitan Museum of Art and the National Museum of Modern Art in Kyoto. 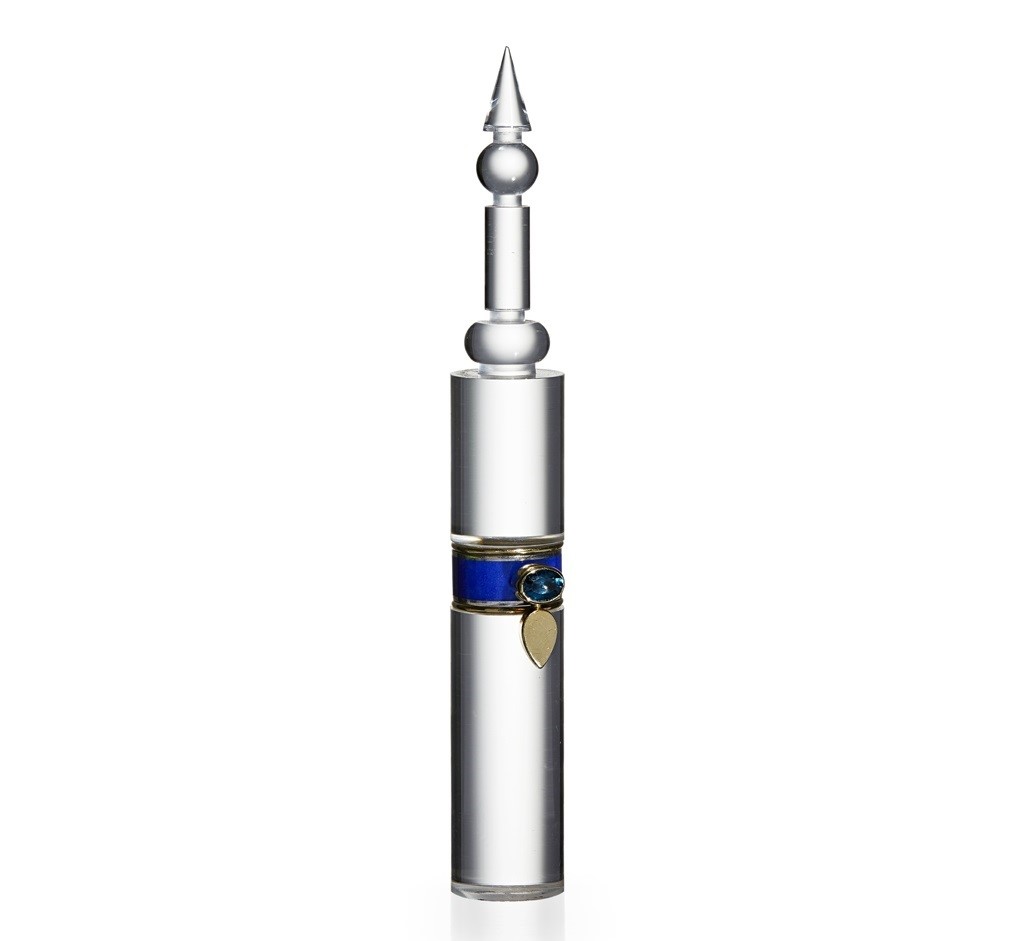 British artist, Bridget Louise Riley is known as one of the foremost exponents of Op Art. Her works combine lines, colour arrangements and geometric precision to create engaging visual effects and are currently held in the collections of MoMA in New York, the National Gallery of Art in Washington, D.C., the Tate in London, and the Peggy Guggenheim Collection in Venice.

Maggi Hambling is a British painter and sculptor, best known for her expressive portraits and depictions of landscapes and seascapes. In 1980, Hambling became the first ‘Artist in Residence’ at the National Gallery in London. One of her best-known public works is the sculpture, 'A Conversation with Oscar Wilde' in London. Her works are in the collections of the British Museum, the V&A Museum, and Tate Gallery in London, and the Scottish Gallery of Modern Art in Edinburgh, among others.

Austrian-born British ceramics artist, Lucie Rie's work of hand-thrown pots, bottles, and bowl forms, are noteworthy for their Modernist forms and colours. Examples of Lucie Rie’s work are currently the subject of an exhibition at York Art Gallery entitled ‘Lucie Rie: Ceramics & Buttons’. Her pottery is displayed in collections around the world, including the MoMA in New York, the York Art Gallery in the UK, the Carnegie Museum of Art in Pittsburgh, and Paisley Museum in Scotland.

By the mid-1960s, Douthwaite had fully developed her distinctive style. Self-taught, with the encouragement of J D Fergusson and his partner Margaret Morris in Glasgow some years earlier, Douthwaite had since mingled and be-friended the likes of William Crozier and The Two Roberts, Colquhoun and MacBryde, whilst living in Sussex and Soho in the late 1950s. During this period, she married Paul Hogarth, the author and prominent illustrator. In 1967 she was included in an exhibition at the ICA gallery, alongside exhibitors including Ian Drury, Herbert Kitchen and Graham Ovenden. The works of this period are demarked by stark black backgrounds. Her style alludes to Dubuffet's Art Brut aesthetic, but also contains undercurrents of the stylisation of the Pop Art movement.

This March, MODERN MADE will feature this selection of works alongside many more from an exceptional group of women artists, including Tracey Emin, Barbara Hepworth, Jennifer Lee and more. The auction will take place in the Mall Galleries on Wednesday 27 March at 1pm.