We are delighted to be offering a selection of thirty Turkoman weavings from a British private collection in our forthcoming Five Centuries auction in Edinburgh on 14th November. All the major tribal groups are featured, from Belouch to Tekke. 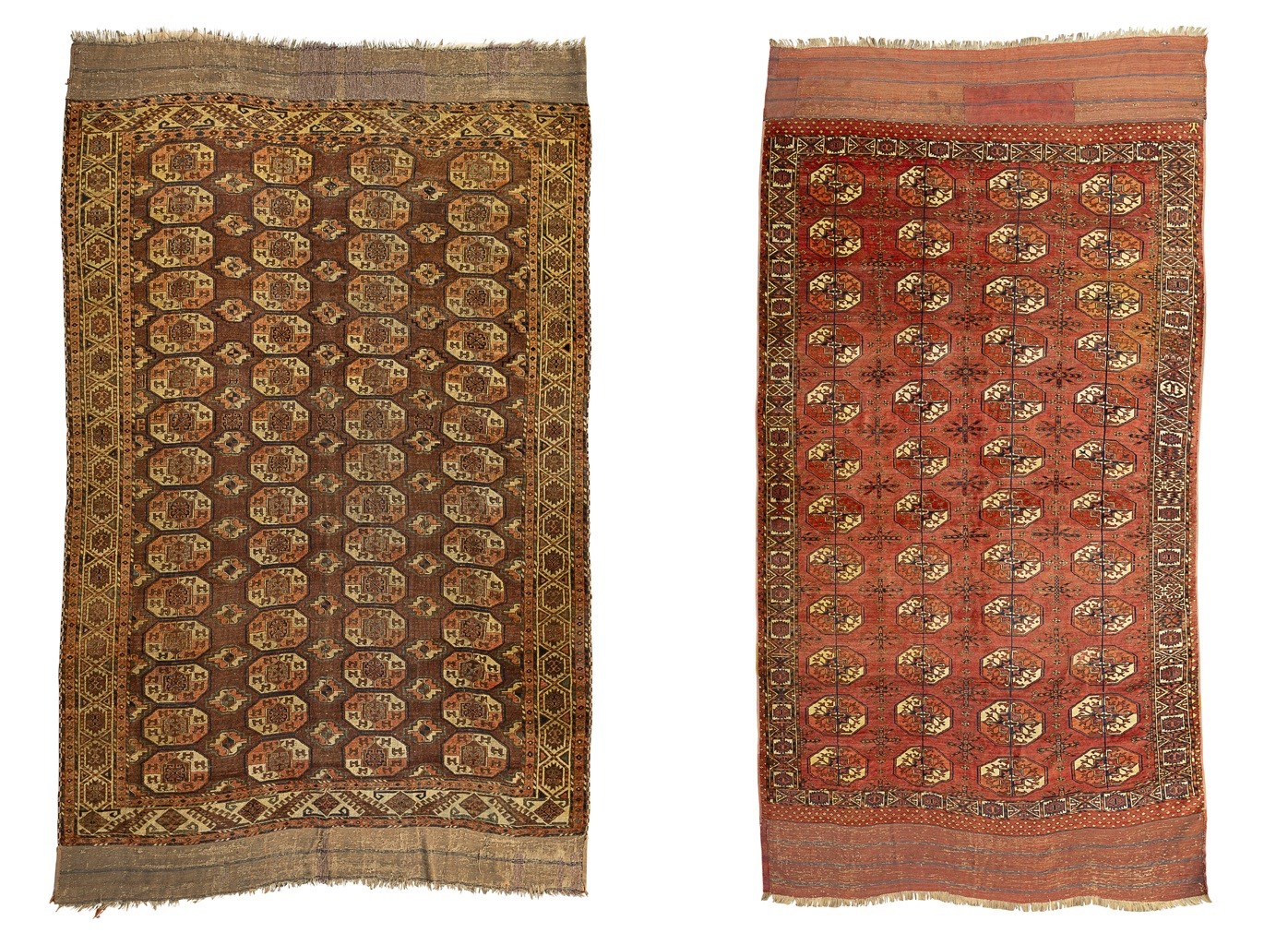 Amongst the thirty or so other carpets from various sources in the sale is an exceptional 19th century Tehran pictoral carpet from the workshop of Abolghasem Atighehchi, who’s works can be found in the Tehran museum.

The field is woven with figures and scenes from the Shahnameh, including Solomon as ruler of the three worlds, Rostam and the dragon and others, with an inner band of Shahs heads.

This piece comes from the from the family of A. C. J. Wall, a well-known British collector who was buying in the early 20th century.