Crafted by Maison Giroux, a beautifully made marquetry and giltmetal table depicting a cockerel, dragonfly and flowering trees and signed by Ferdinand Duvinage was a highlight of our Five Centuries auction on 27 February 2019 in Edinburgh, selling for £35,000 (inc premium).

This striking use of marquetry was executed in a style exclusive to the luxury Parisian firm Maison Alphonse Giroux. Founded in 1799 by Francis Simon Alphonse Giroux, the establishment began as a shop on Rue du Coq Saint-Honoré dealing in artist supplies, but later progressed to the manufacturing of luxury furniture and goods in the early nineteenth century. The firm was taken over by Ferdinand Duvinage in 1867 who developed the marquetry technique for which the company became famous. On his death in 1874, his widow Madame Rosalie Duvinage became the sole owner. 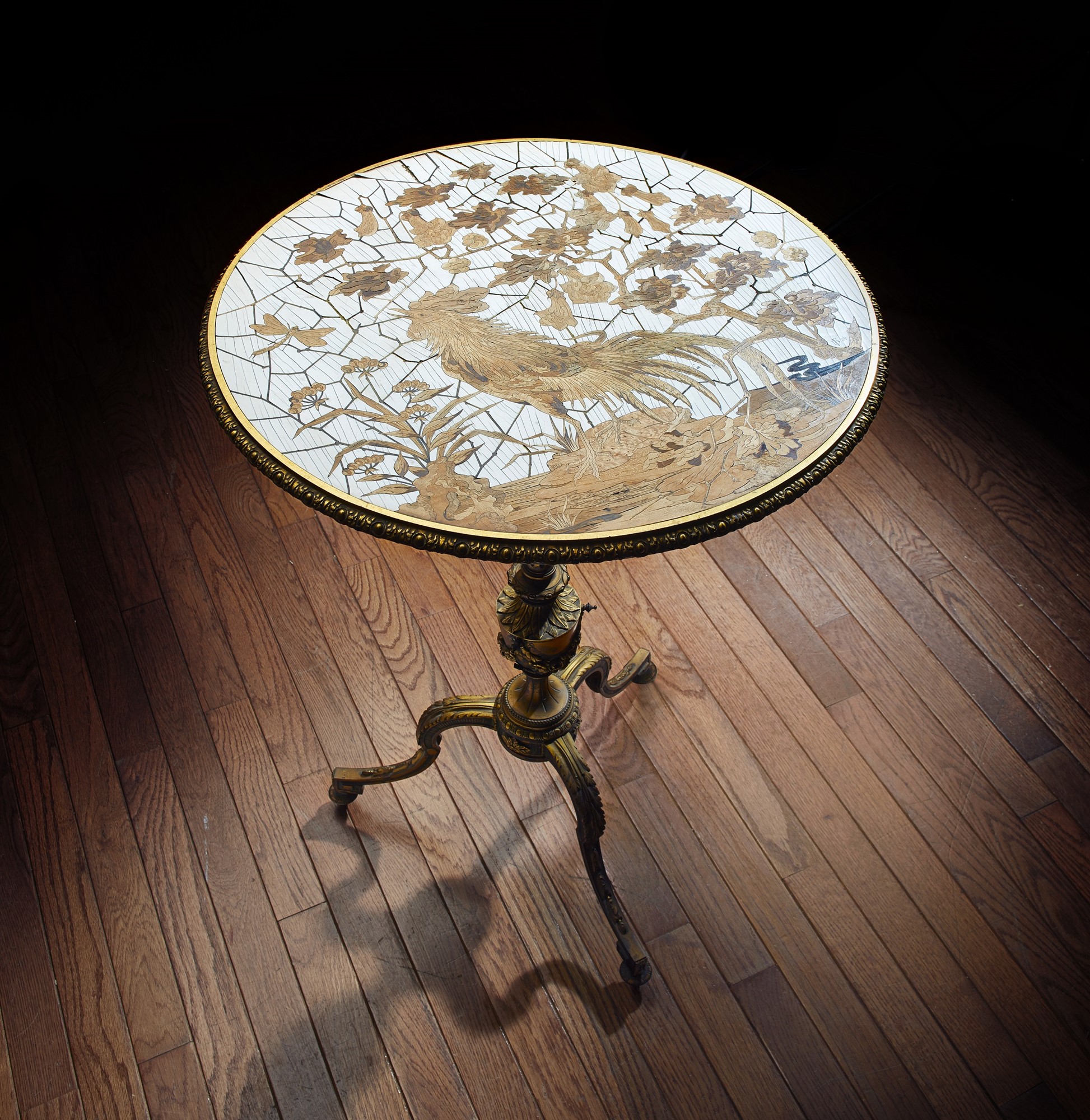 Described as ‘a mosaic combined with metal partitioning for artistic objects and furnishing’, the innovative approach to marquetry, seen on this table, was patented by Rosalie in 1877. The patent can be clearly recognised on Maison Giroux pieces by the monogram ‘FD/Bte’ which was discreetly engraved onto the surfaces of their products.

Using ivory as a background, an intricate combination of both traditional wood marquetry and copper or bronze threads are positioned onto the item to create the maker’s desired pattern or image. Influenced by Chinese and Japanese art, birds decorated amongst flowering foliage are common motifs adopted by the firm. After exhibiting at the Exposition Universelle in 1878, this particular approach to marquetry furniture quickly became the most distinguishable style that the Maison Giroux firm ever produced.

Crafted by Maison Giroux, a beautifully made marquetry and giltmetal table depicting a cockerel, dragonfly and flowering trees, signed ‘FD Bte’ by Ferdinand Duvinage is a highlight of our Five Centuries auction on 27 February in Edinburgh.