We are delighted to present this Belle Epoque diamond and pearl pendant/brooch attributed to Maingourd in our 11 October Select Jewellery & Watches auction.

Maingourd was founded in 1873 by Ulysse Leon Maingourd in Paris. His two sons, Francis and Charles, joined the company after studying law and design at the Ecole de Bijouterie et Joaillerie in Paris, and they relocated their shop to the Rue de la Paix. They opened further boutiques in Alencon, Dinard and Le Mans, focusing on the Easter and summer seasons. 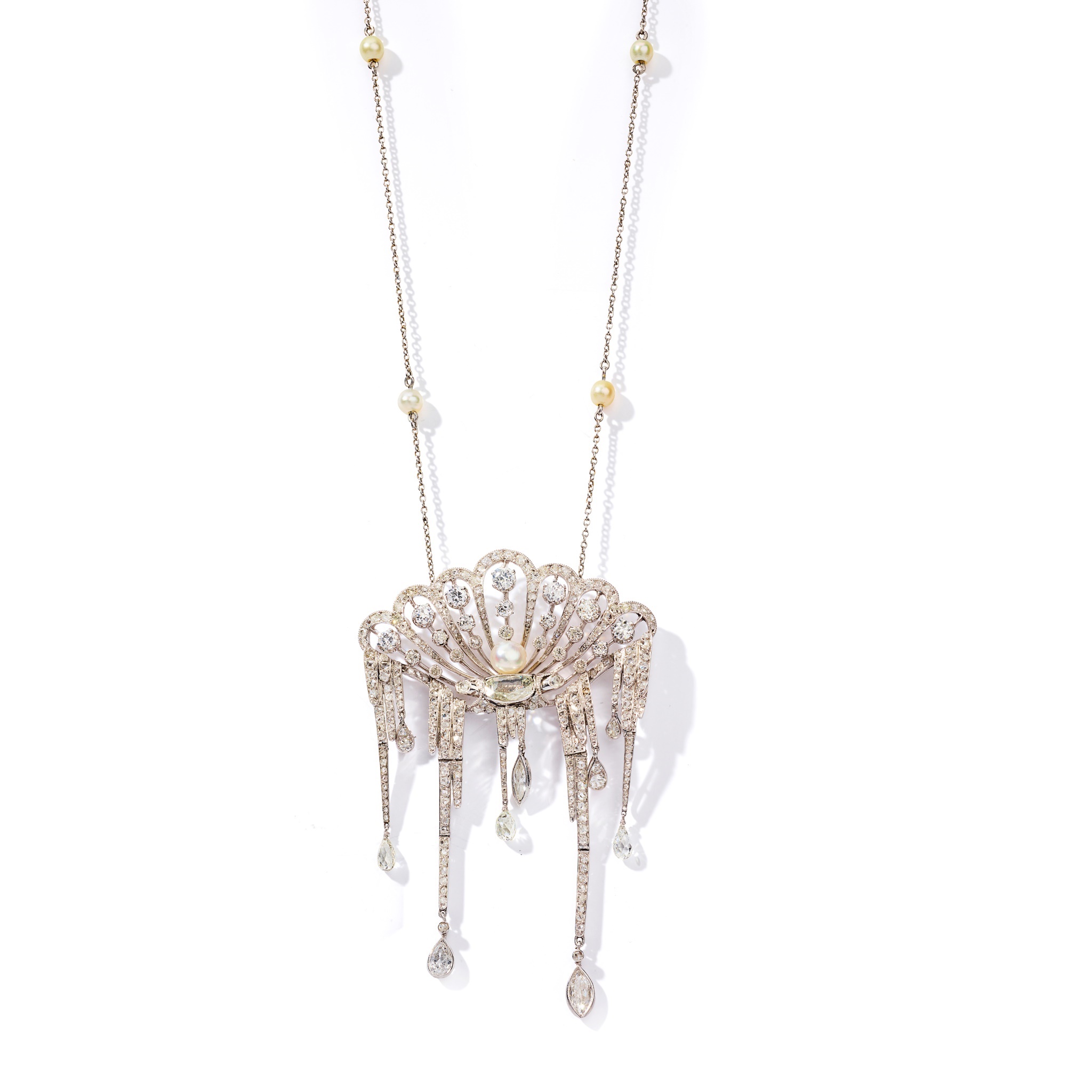 Charles worked as a designer for Garrard in London and after 1930 for Mellerio in Madrid. After Francis' death in the first World War, the Paris shop was closed and Charles kept only the Le Mans boutique until his own passing in 1954. Forty years later his descendants opened a new jewellery business of the same name in Oviedo, Spain.

Attributed to Maingourd, this Belle Epoque diamond and pearl pendant/brooch created circa 1915 is presented as a stylised openwork shell with a detachable pearl-set trace-link chain in fitted case by Maingourd, Paris Le Mans. This delicately formed piece is a highlight in our forthcoming Select Jewellery & Watches auction.