We are delighted to present a small group of six lithographic works by Spanish master Joan Miró within our 17 April auction of Contemporary & Post-War Art in Edinburgh.

A distinctive and energetic talent, Miró pursued art from a young age, and moved to Paris to follow his inspirations in 1920, spending many years splitting his time between this artistic centre and his home country. 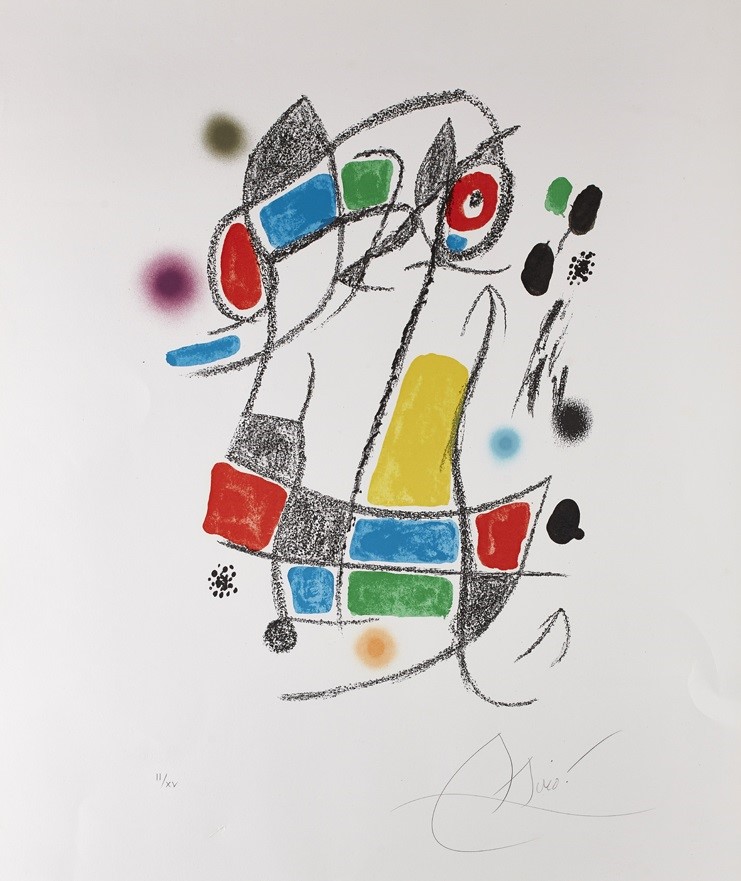 Lithography was a key part of Miró’s later practice, and he created more than one thousand lithographic editions in his lifetime. The offered lithographs are characterised by their energy and simplicity, the juxtaposition of bold colour, strong line and clean, empty space. In his own words, his work was ‘conceived with fire in the soul but executed with clinical coolness’ and this so accurately encapsulates the on-going tension in his work between the free-flowing, intuitive stream of consciousness and the more careful deliberations of the engaged, considered mind. 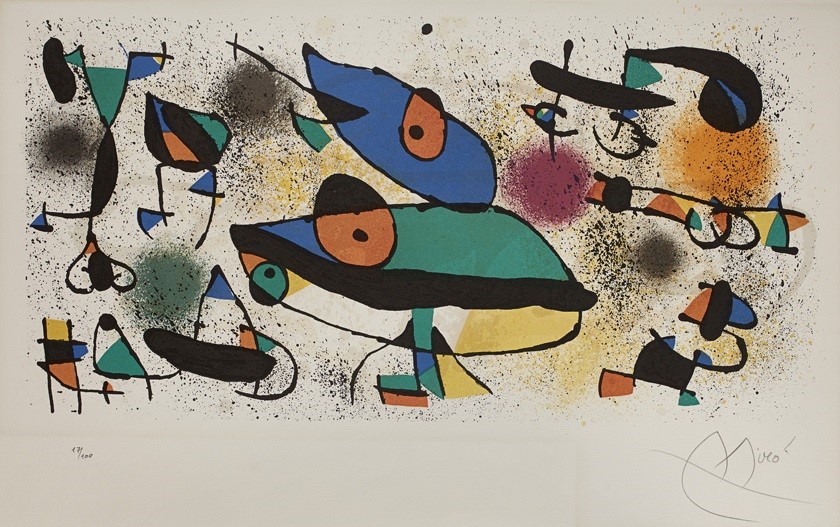 Strongly associated with the Surrealist movement, and one of the first proponents of the automatic drawing concept that became a key cornerstone of their ethos, Miró never officially joined the movement, so as to allow himself the freedom to experiment more widely. In this action, Andre Breton proclaimed him ‘the most surrealist of us all.’

Miró famously spoke of the ‘assassination of painting,’ and experimenting with other mediums, particularly lithography and ceramics, allowed him to constantly renew his approach to painting. The inherent simplicity of working on the lithographic stone also allowed him opportunities to strip art back, to really pressure the boundaries and concepts of composition and pictorial space.