A teacher who influenced generations of artists, Leon Underwood was a brilliant and versatile artist in a wide variety of media. We were delighted to present this wonderful example of Underwood's sculptural work, entitled “June of Youth”, in our Spring 2021 edition of Modern Made.

Leon Underwood was a significant figure in twentieth-century British sculpture, and a teacher who influenced generations of artists. His works can be seen in the Victoria & Albert Museum, Tate Britain, and the Ashmolean Museum, Oxford. While his reputation was eclipsed by those of his students Henry Moore and Barbara Hepworth, Underwood can now be appreciated as a brilliant and versatile artist in a wide variety of media.

Underwood trained as a painter at the Royal College of Art before the First World War, and at the Slade School of Art after demobilisation. It was only after the War that he started to work on sculpture. The human torso was a favourite subject in the early years of his sculptural practice: he carved female torsos in Tournai slate (1923), Mansfield sandstone (1923-24), Roman marble (c. 1925-30) and Ancaster stone (c. 1925-32). 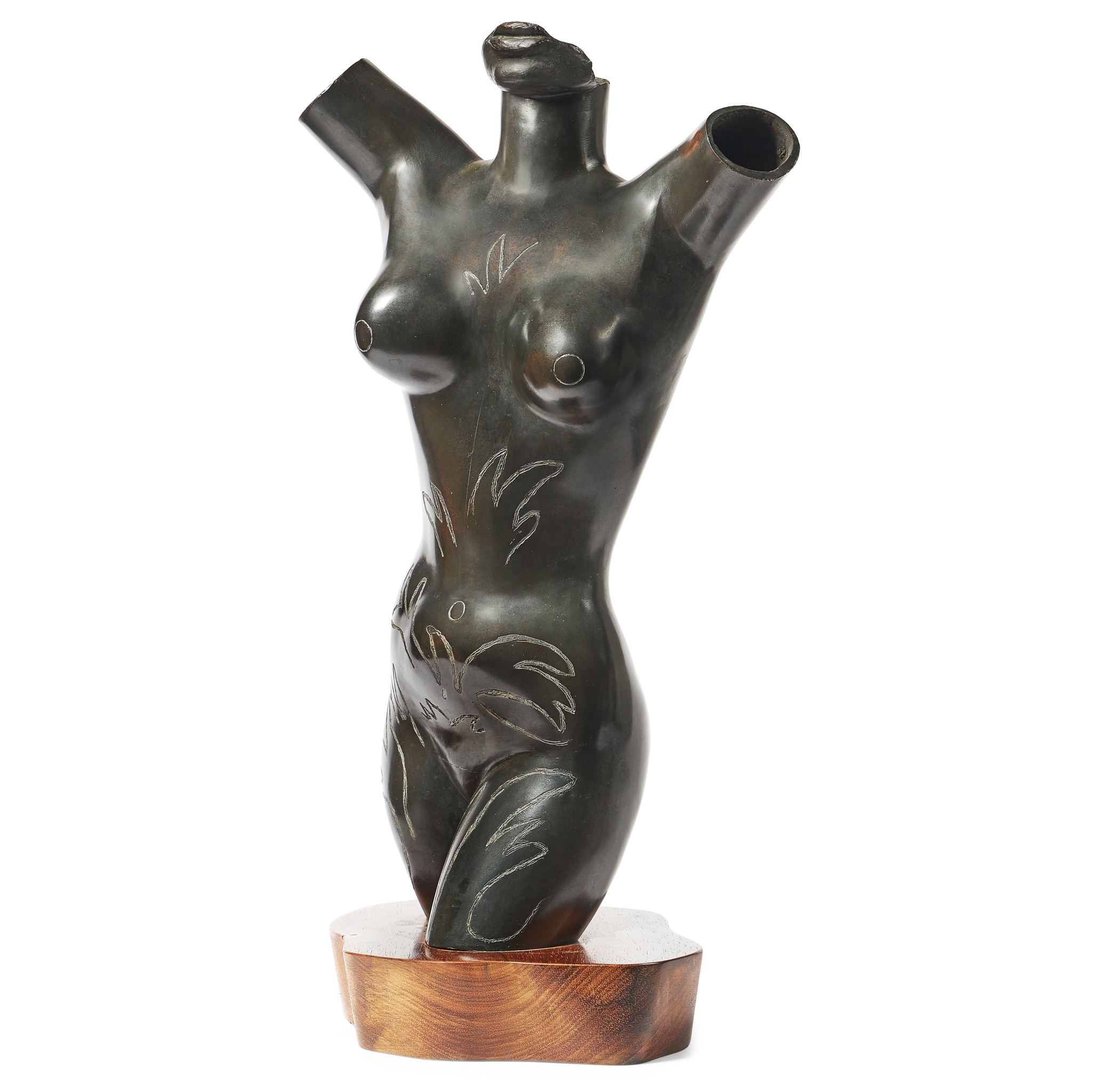 The running torso “Flux” (1924) was modelled in clay and cast in editions of brass and bronze. Metal allowed a more fluid composition, and made it easier to capture movement and gesture. During the 1930s Underwood gradually abandoned stone carving, and increasingly worked in bronze. “June of Youth” recalls his earlier torsos in stone, but the figure’s forward and upward movement exploit the properties of bronze sculpture. It has been suggested that the artist’s daughter Jean modelled for this piece, but that seems implausible: she was only a child when Underwood created this celebration of young womanhood.

After selling a bronze “June of Youth” to the Tate Gallery in 1938, Underwood wrote to the director, John Rothenstein, “I always give ‘literary titles’ to my works”. A possible source for the title is Helen Keller, who used the phrase “the June of her youth” in her 1929 memoir Midstream; but the analogy between the months of the year and the stages of life is a common trope, and the sculptor need not have had a specific quotation in mind. Whatever its inspiration, “June of Youth” held a special place in its maker’s affections, and he depicted it in the background of a self-portrait painted in 1949.

Underwood made just a handful of works in cast terracotta, but it was in this medium that “June of Youth” was first realised. The critic Eric Newton saw it in this form, and was deeply impressed.

The terracotta “June of Youth” that we see here is numbered IV: the fourth from an edition of four. It is signed with Underwood’s usual signature (“Leon U”), and dated ’38. This must be the date of this specific cast, as a terracotta version was exhibited at the National Society of Painters, Sculptors, Engravers and Potters as early as 1933. The title is lightly inscribed, running up the outside of the left thigh. Incised circles mark the figure’s nipples and navel, with fine lines separating the abdominal muscles and defining the belly.

Bronze, however, was probably the medium Underwood had in mind when he conceived this dynamic figure. There appear to have been seven bronzes cast, though Underwood’s numbering of his editions can be unreliable. The earliest casts date from no later than 1937; a final cast, inlaid with lines of silver, was made in 1969.

The bronze offered in our April 2021 auction was not numbered or dated. The fact that it includes the figure’s chin and mouth might indicate that is an early – perhaps even the first – cast, as later casts end at the neck. The chased decoration, added by hand, makes it (as a label on the base states) “unique”. The nipples and navel are emphatically marked, as in the terracotta. The rest of the markings look like foliage – in keeping with the “June” of the title. However, a zig-zag line above the groin could be read either as an outline of the figure’s pubic hair, or as flames. On the latter reading, the shape immediately above it could be interpreted as a phoenix – a subject that Underwood evoked in his bronze “Phoenix for Europe” (begun in 1937). It was this cast of “June of Youth” that was illustrated in Christopher Neve’s 1974 book Leon Underwood.