One of the great inspirations for Scottish artists is their local landscape, with many living within, or travelling to explore, a range of visually arresting environments, from rugged Highland hills and lochs, to picturesque beaches and charming fishing villages. This visual interest is often only increased by the notoriously changeable weather, and the effect this has on the light and mood of different environments.

In the Scottish Paintings & Sculpture auction on 07 December, scenes of Scottish harbours are well represented, drawing attention to these as a rich source of artistic inspiration. There is much for an artist to capture in these locales where small spots of civilisation meet the vast wilderness of the sea; man and nature are attempting to peacefully co-habit, and thus the sea’s innate power, light and reflective qualities meets man-made structures in the form of harbour walls, boats and houses. For the painter, there is light, structure, pattern and contrast, a perfect storm of subject matter for experimentation. 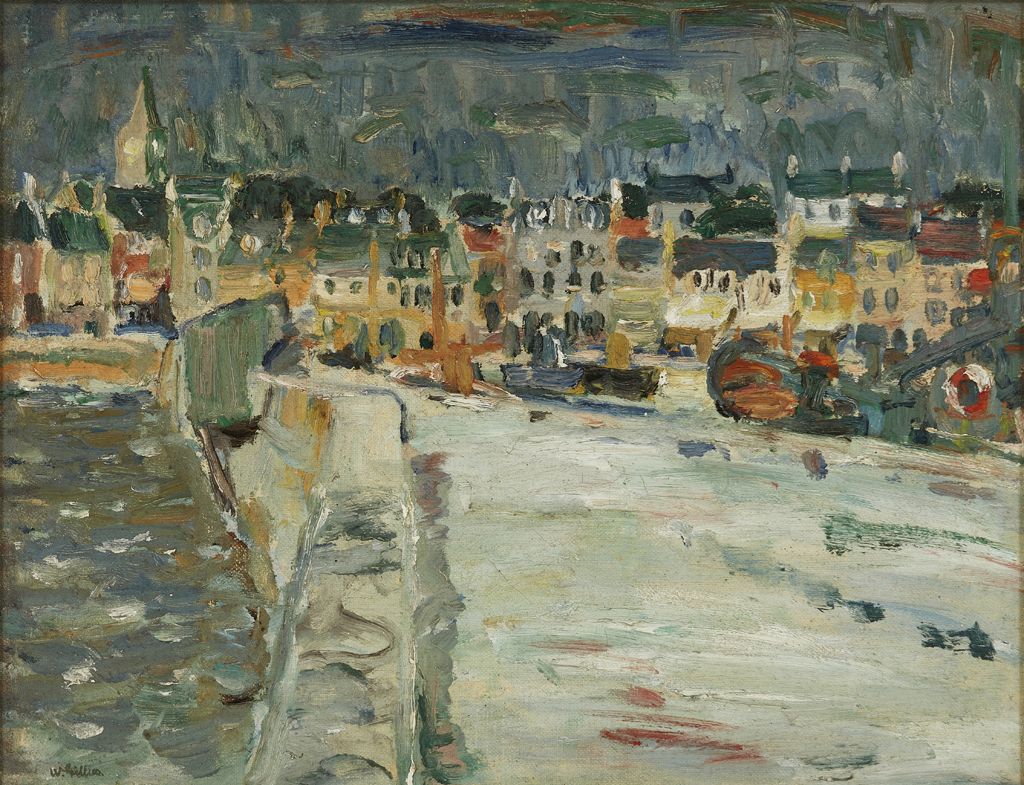 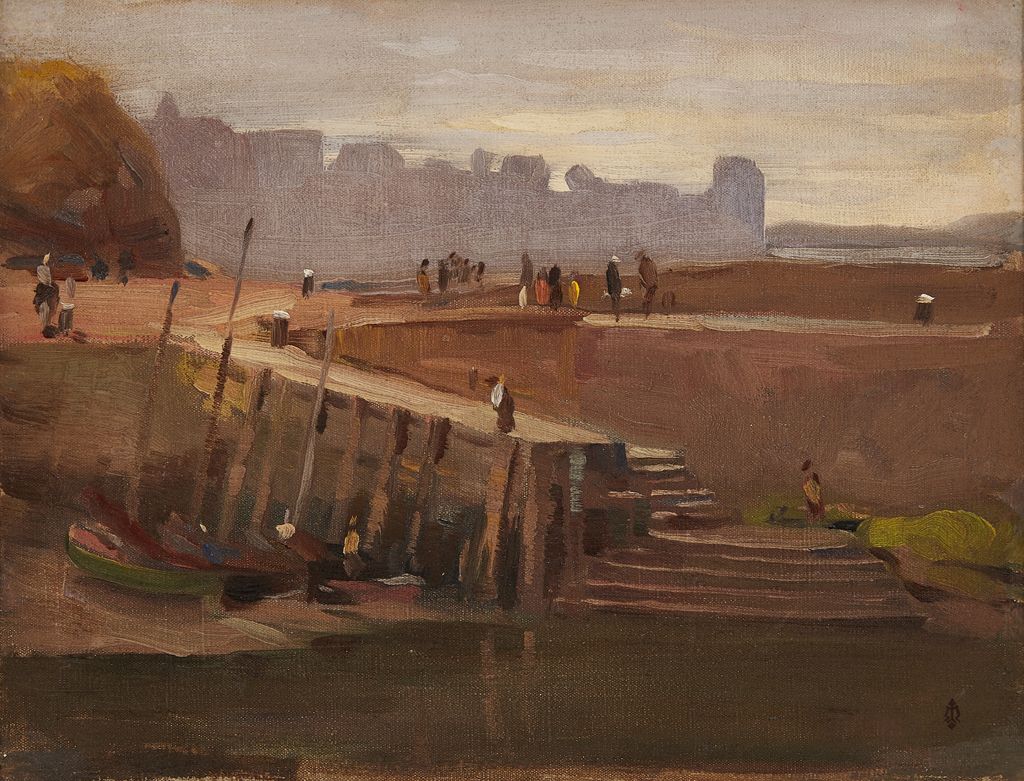 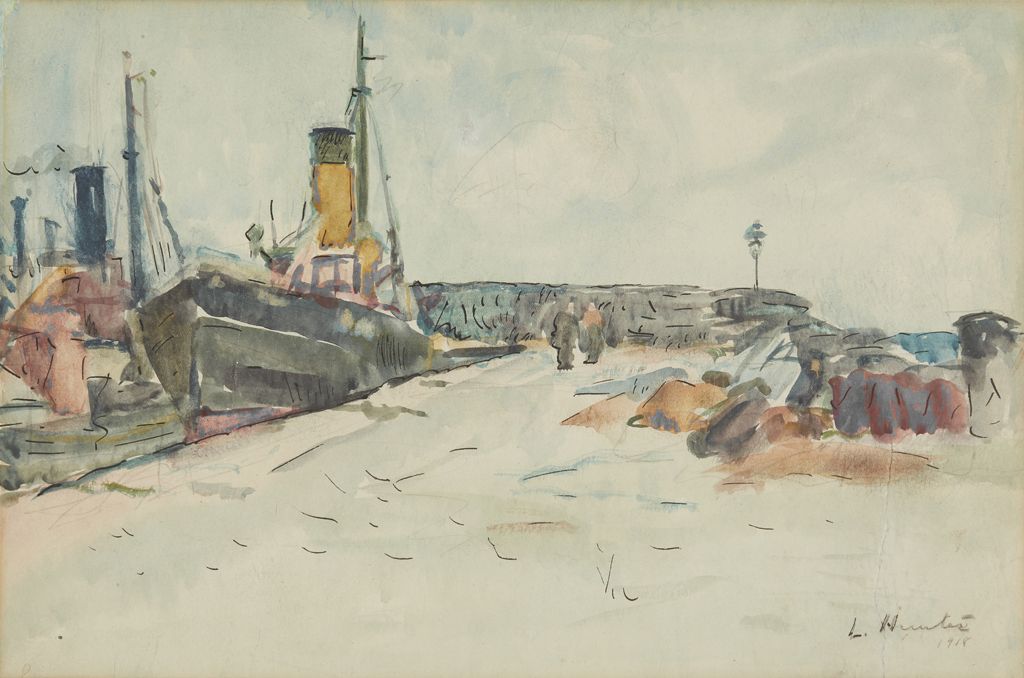 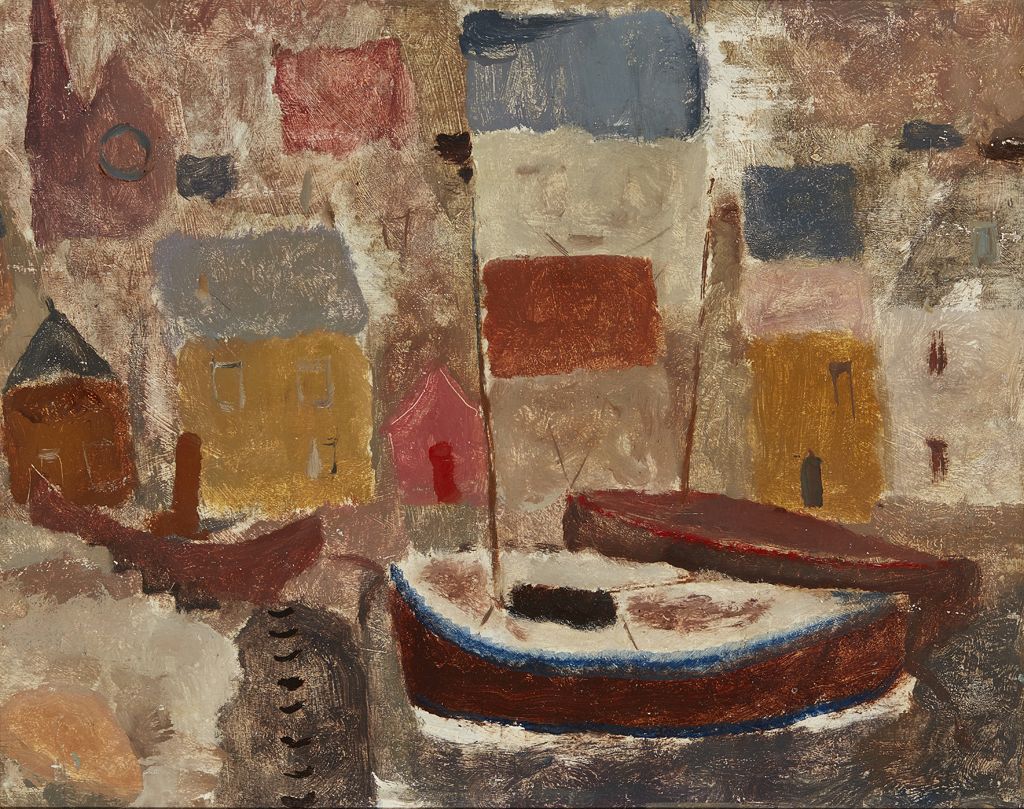