The Commissions of the 1st Earl of Lovelace

One of the highlights of the upcoming auction of The Contents of Torridon is a group of Gothic Revival furniture (lots 10, 11, 12, 103 and 104), thought to have originally been commissioned by the 1st Earl of Lovelace sometime between 1846 and 1860 to furnish his ongoing gothic alterations to Horsley Towers, originally designed by Sir Charles Barry in the 1820s. 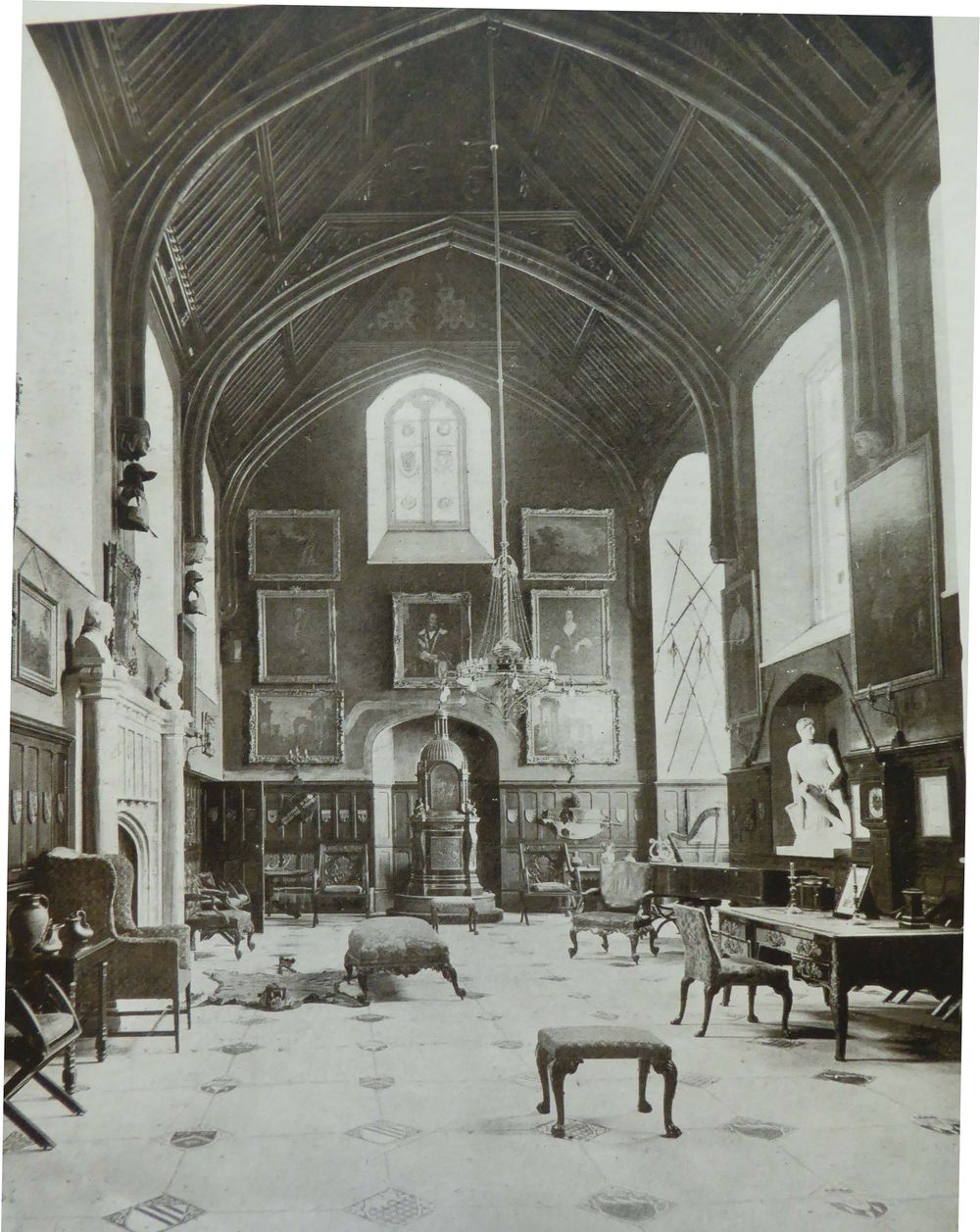 The Gothic Revival had been championed from the 1830s by Augustus Welby Northmore Pugin (1812-1852), who had organised and contributed to the Medieval Court at the Great Exhibition in 1851 (at which Lord Lovelace, already with a keen interest in designing gothic architecture, won a medal for his brickmaking). To Pugin, gothic architecture was infused with the high Christian ideals and values that had been eclipsed by classicism and were being destroyed by industrialisation. As well as his work in the design of buildings he designed furniture, and from his architectural practice he also designed and produced stained glass, metalwork, textiles and jewellery, applying his vision to the whole field of design. Nowhere was this better demonstrated that with his work with Sir Charles Barry at the new Palace of Westminster which they worked on from 1835, with most of the interior work being carried out by the London decorator John Gregory Crace. The Gothic Revival architects who followed him, notably William Burges and George Edward Street carried on this new approach, taking responsibility for designing the building and its internal fittings and furnishings. 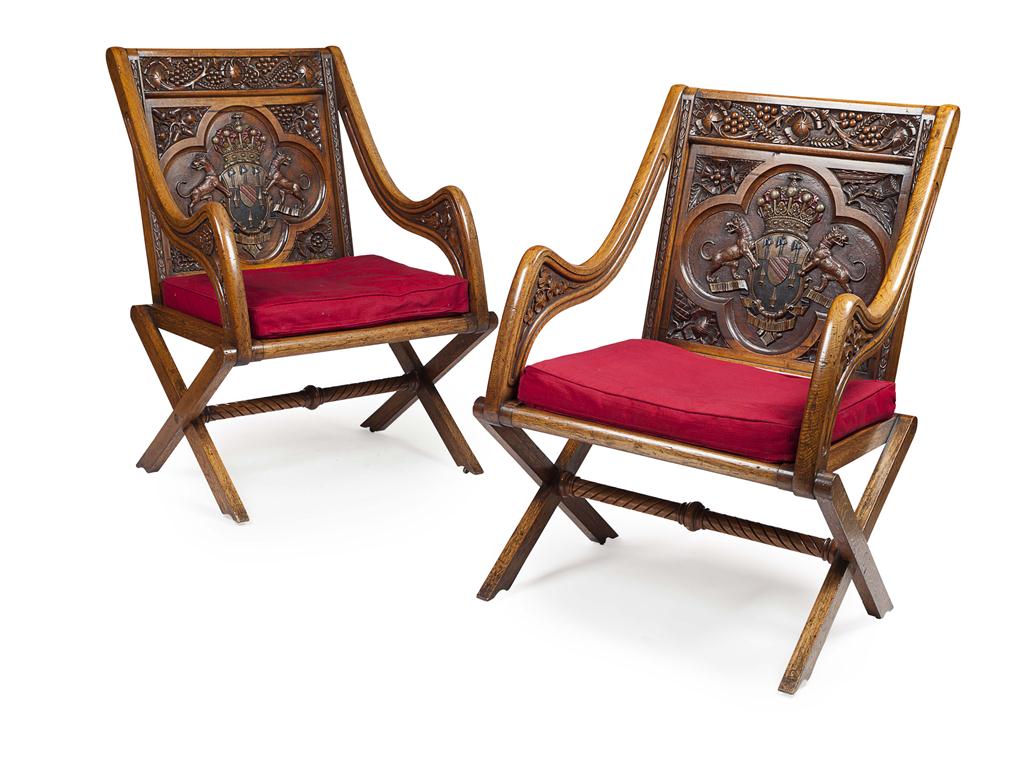 In his 1835 publication, Gothic Furniture in the Style of the 15th Century, Pugin illustrates furniture designs based on his interpretations of what were in fact slightly later styles. Some of the designs showed the joints exposed rather than covered up, described by the late Clive Wainwright as the “earliest published exemplification of his principle of revealed construction applied to the design of an object”. As Pugin states in his book: “the smallest detail should have a meaning or serve a purpose; and even the construction itself should vary with the material employed, and the design adapted to the material in which it is executed.” Little wonder then that his work had such a profound effect on the work of the artists and craftsmen of the Arts & Crafts Movement, with value it placed on craftsmanship and creativity, the importance of function and purpose, honesty of construction and the beauty of natural materials, rather than purely that of decoration. 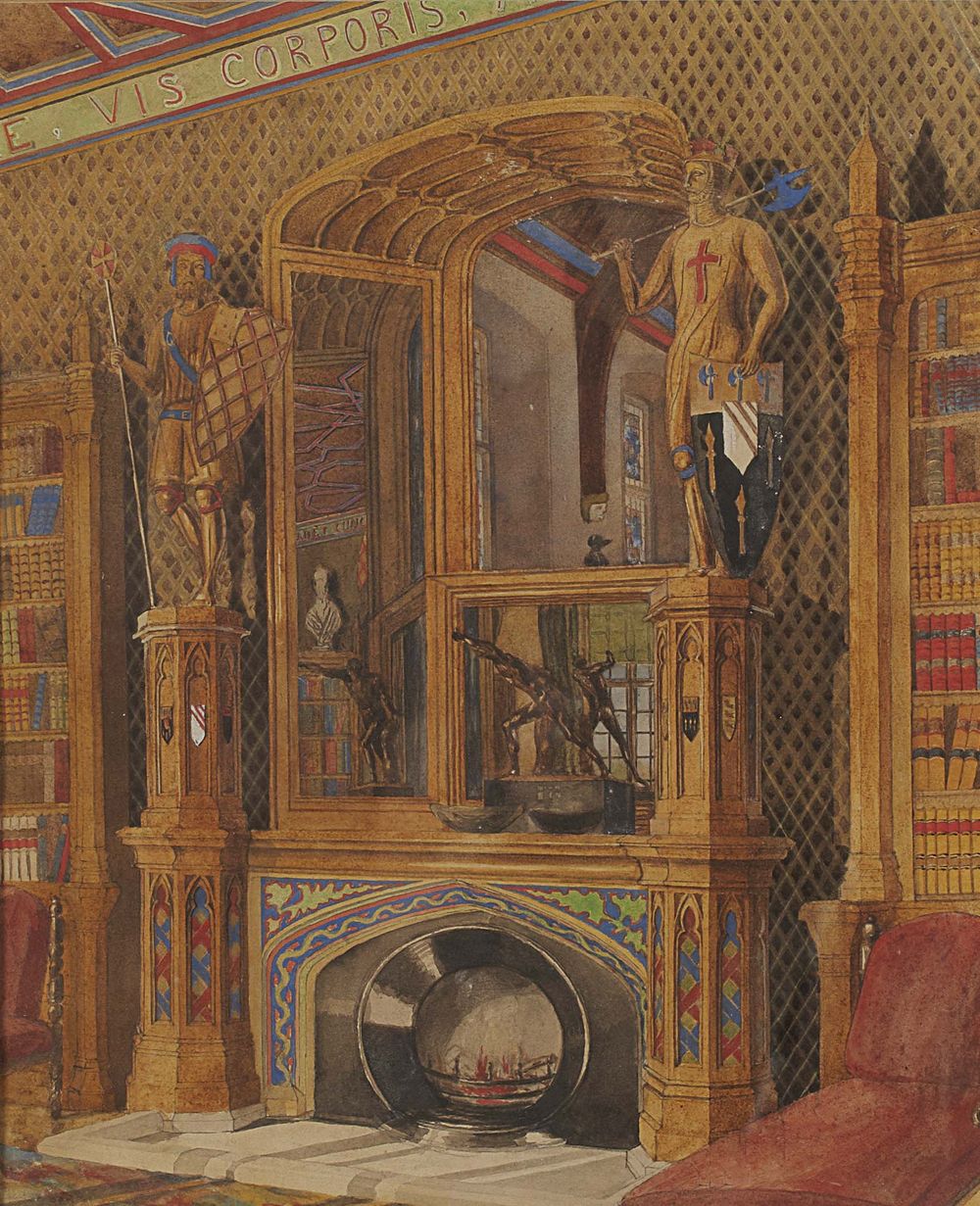 19th century watercolour of a fireplace at Horsley Towers, showing lot 141 in situ

Pugin’s designs continued to be produced after his death, either to their original designs or adapted from them by firms such as Holland & Sons, Gillows, Howard of Berners Street and, most notably, by his former collaborator J. G. Crace. There is no question that many of the details in the furniture offered here come straight from his published designs, and are early examples of Pugin’s continuing influence.