An Exploration of Contemporary Masculinity

A striking, eloquent example of Peter Howson’s career-long exploration of contemporary masculinity, Trongate is a highlight in our January 2023 auction of Contemporary & Post-War Art.

Peter Howson’s Trongate is a striking and eloquent example of his career-long exploration of contemporary masculinity, both toxic and misunderstood [and often a combination of both]. The central figure of this work, life-size and dominating the canvas, takes up a classic boxer’s pose, as if modelling for an early edition of the Queensberry Rules, yet his clothing defines him as a bareknuckle fighter. 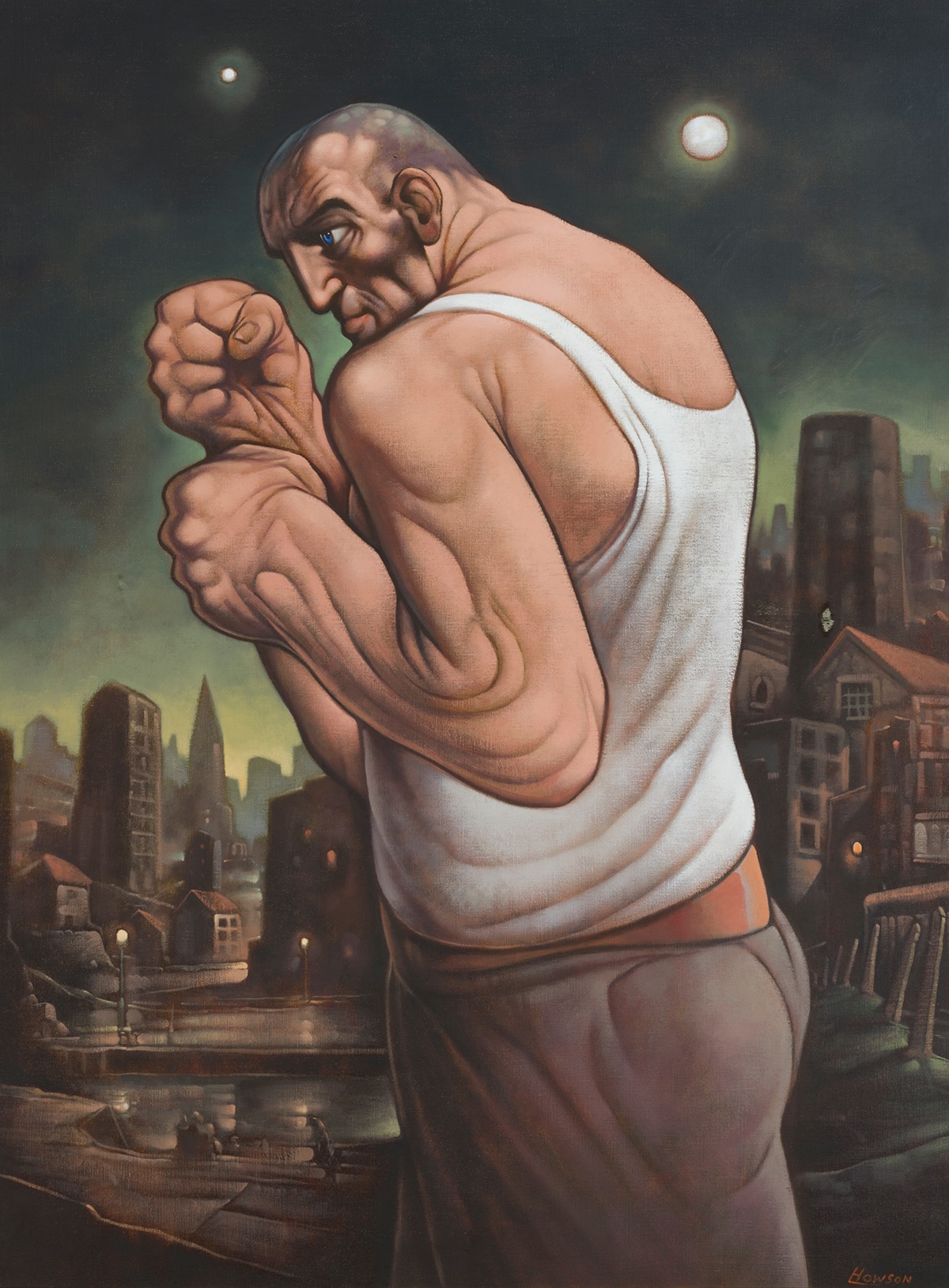 There is no doubt what side of the tracks this man is from, although Howson reinforces this with the street scene behind, a dark and dirty canal pushing him to the edge, the wealthy city of office blocks and church spires beyond. Trongate is an area of central Glasgow, and like all of Howson’s subjects they are people close to him, specific to his milieu. Yet equally this man could be anywhere, in any tough city.

Our boxer is lit with an almost supernatural glow, an actor on a stage, his surroundings more a backdrop. He is of the city, but in this particular moment, seems to stand outside it. In the sky there are two points of similar bright light – the moon and the North Star, lending this work an air of mystery, an unspoken narrative twist, a meditation, perhaps, on action and destiny.