Alice Hawthorn was a renowned racemare of the 1830's and 40's, awarded the title "Queen of the Turf." Our Jewellery, Silver & Watches auction on 14 October 2015 features three superb trophies, all won in 1844. 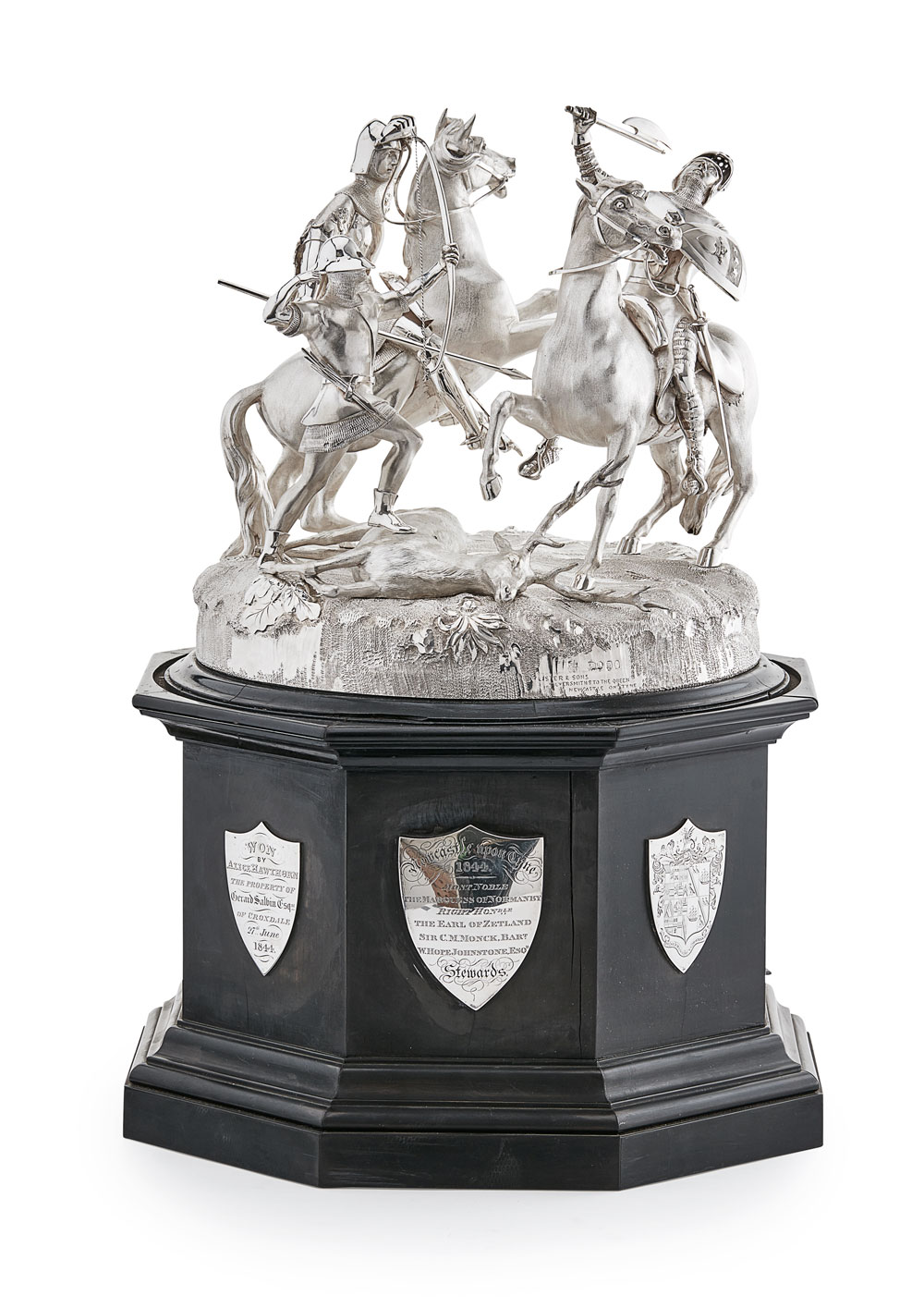 In that year she won all but three of her races - including seven walk-overs - in a crushing schedule - and in those three non-winning races, she ran second once, dead-heated once, and paid forfeit once.

She began by running second for the Chester Cup, beaten by Red Deer in a field of twenty-five. She then won £100 in a race in which she beat Philip, who, the next day, won the Cheshire Stakes, and six others. She then embarked on another succession of wins all over the north and in the south; in a number of cases, there were no challengers, and she enjoyed walk-overs.

She went on to win the Newcastle Cup, which she won in a canter. (Trophy pictured above, view the full lot description here) 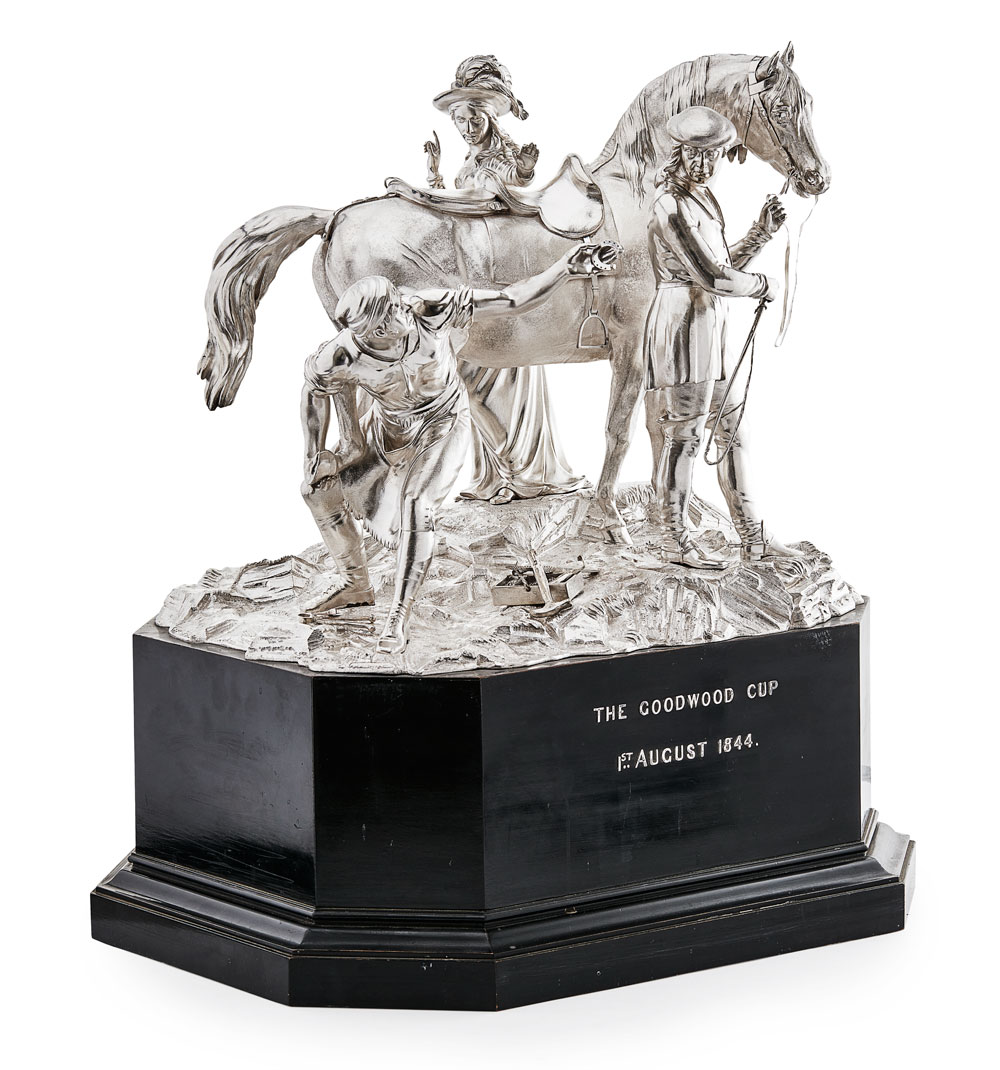 Her next trophy was the Goodwood Cup (pictured above, view the full lot description here), beating Prizefighter and seven others. 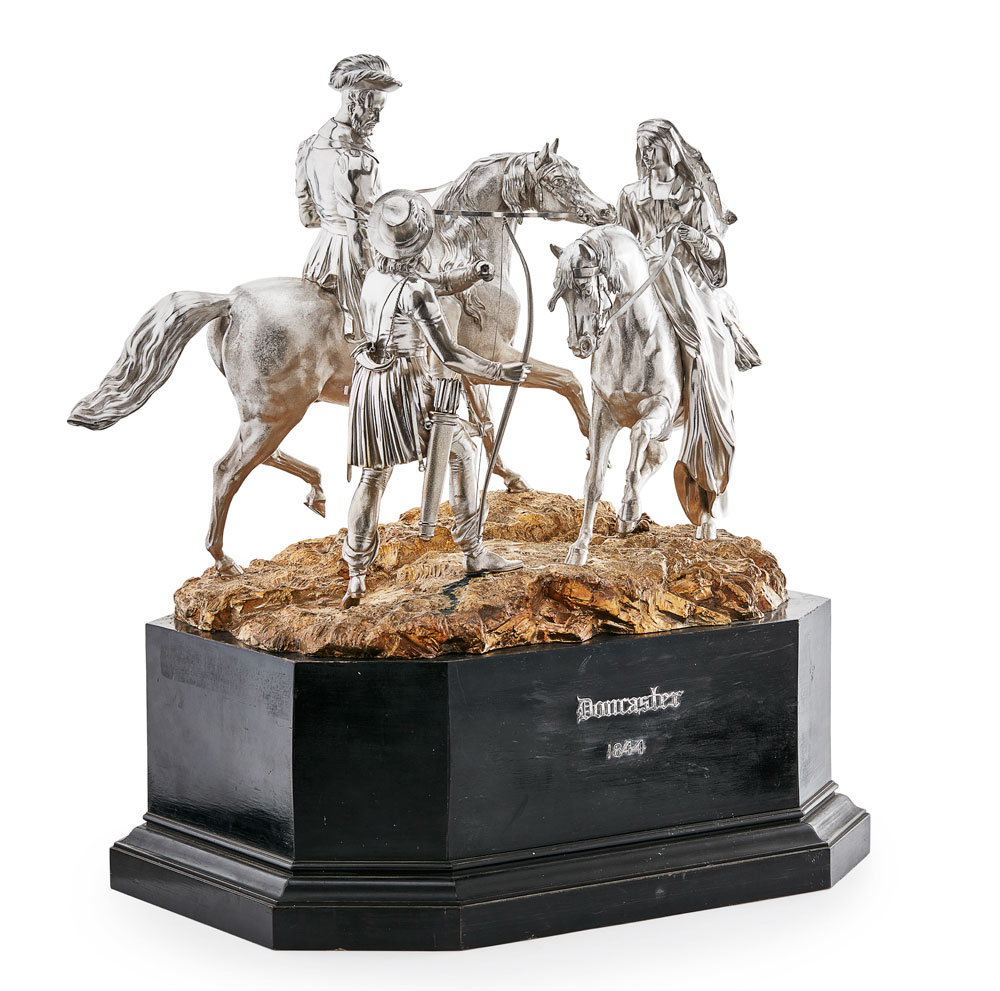 She went on to claim the 2-1/4 mile Doncaster Cup for the second time, beating Aristotle. (The trophy pictured above, view the full lot description here)

The Queen of the Turf continued her run of successes with the Richmond Cup; the Roxburgh Cup at Kelso; a walk-over for the Dumfries Cup, and then a 50 sovereign purse race in which she beat William-le-Gros and two others; the Carlisle Cup, and a Queen's Plate there. At Newmarket Houghton, she ran a dead heat with I-Am-Not-Aware for a handicap plate, in which Alice carried 9 st.-10, and the next highest weighted horse was I-Am-Not-Aware at 7 st-2. She forfeited her last race of the season, a match for 500 sovereigns to Faugh-a-Ballagh.

Alice Hawthorn was certainly acclaimed as the premier racehorse of the season; as well as the trophies offered here she won many more over her career on the turf.

The firm Hunt and Roskell, originally founded by Paul Storr, has always been a name to indicate items of high quality and design. The two trophies by them certainly confirm that statement. They also made other trophies of this sculptural type up until the Royal Hunt Cup for Ascot in 1884, sold at Christie's 10th June 2010 In the mid 19th century the fashion changed from traditional horse racing trophies of the vase and cup style to more sculptural and narrative trophies. The principal exponent of this craft was Edmund Cotterill (1795-1858), sculptor and head of Garrard's design department.

Trophies of this type by Cotterill were very well regarded by critics and the public. He was an expert in not only modelling the figures but also the animals and the interaction of the group as a whole. The public, in particular, held the sculptural groups at the Great Exhibition of 1851 as one section not to be missed, and Garrard were awarded a prize for a piece by Cotterill.