Our auction of Fine Asian Works of Art on 21 June held close to London at the beautiful location of Crosshall Manor, St Neots, featured predominantly Chinese works of art ranging from the Han dynasty to contemporary.

Buyers of the top lots were truly international originating from China as well as the USA and Europe. Objets d’art were order of the day with a polychrome painted wood figure of seated Guanyin soaring past its estimate to achieve £46,250. Another figure of Guanyin, this time in bronze gilt, also sold strongly to realise £37,500.

In Chinese Buddhism, Guanyin is synonymous with the Bodhisattva Avalokitesvara, the pinnacle of mercy, compassion, kindness and love. Bodhisattva- being of bodhi or enlightenment, one who has earned to leave the world of suffering and is destined to become a Buddha, but has forgone the bliss of nirvana with a vow to save all children of god.

Perhaps most admired during sale viewing, due to its intricate and exquisite painting, was the reverse painted glass picture of girl fastening her shoe, and interest continued to the auction as competing phone bidders fought for the piece which finally settled at £20,000.

Other highlights included a bamboo scholar’s set in a lacquered box reaching £12,500 and an imposing large wall-mounted cinnabar lacquer panel which sold for £15,000. 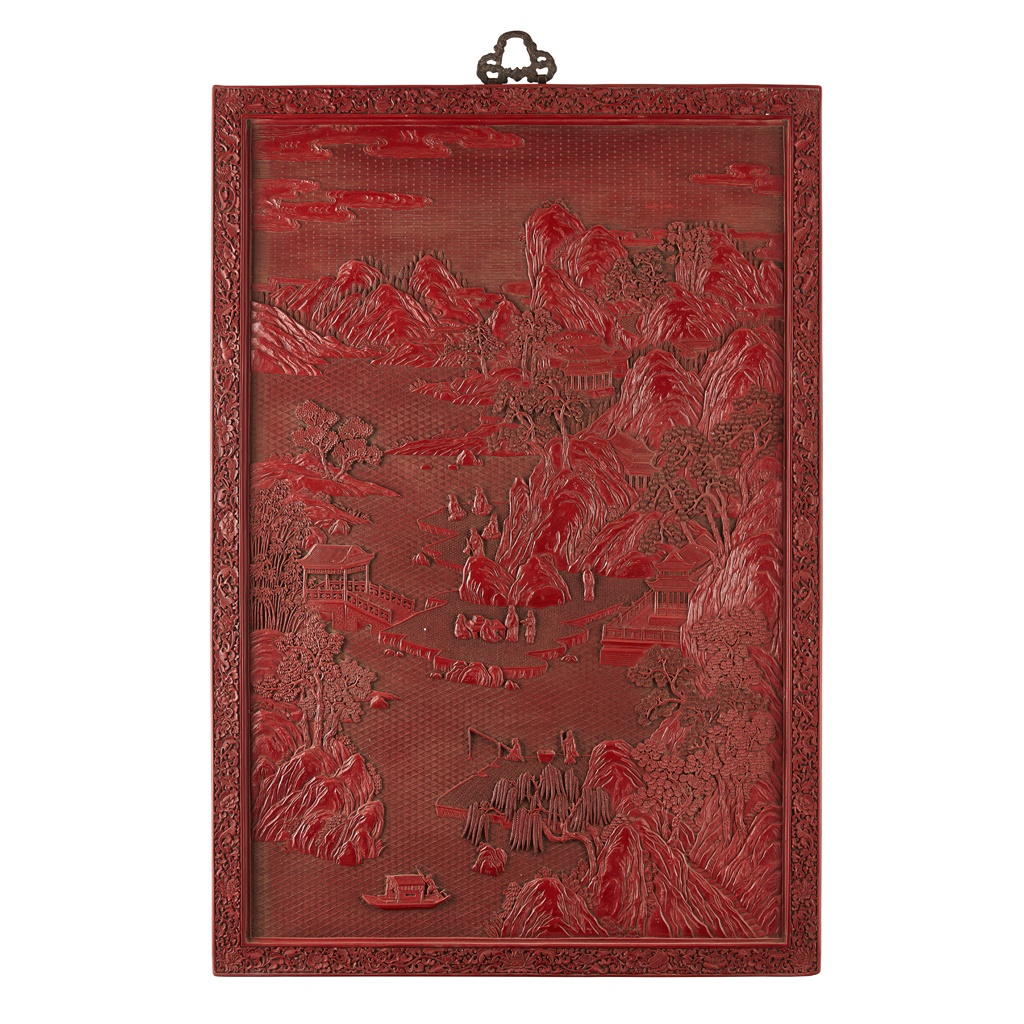 All prices are inclusive of buyer's premium.