The mastery of Highland piper and composer Donald MacPherson (1922-2012) set a benchmark of excellence for generations. Described as “the most successful competitive piper in history”, winning first prize at most of the premier piping competitions he attended, including his first outing at the Argyllshire Gathering in 1948, aged just 25, where he won the Highland Society of London’s Gold Medal for Piobaireachd. This was just before, remarkably that same day, going on to take first place in the Senior Open Piobaireachd event, only the second piper ever to do so. 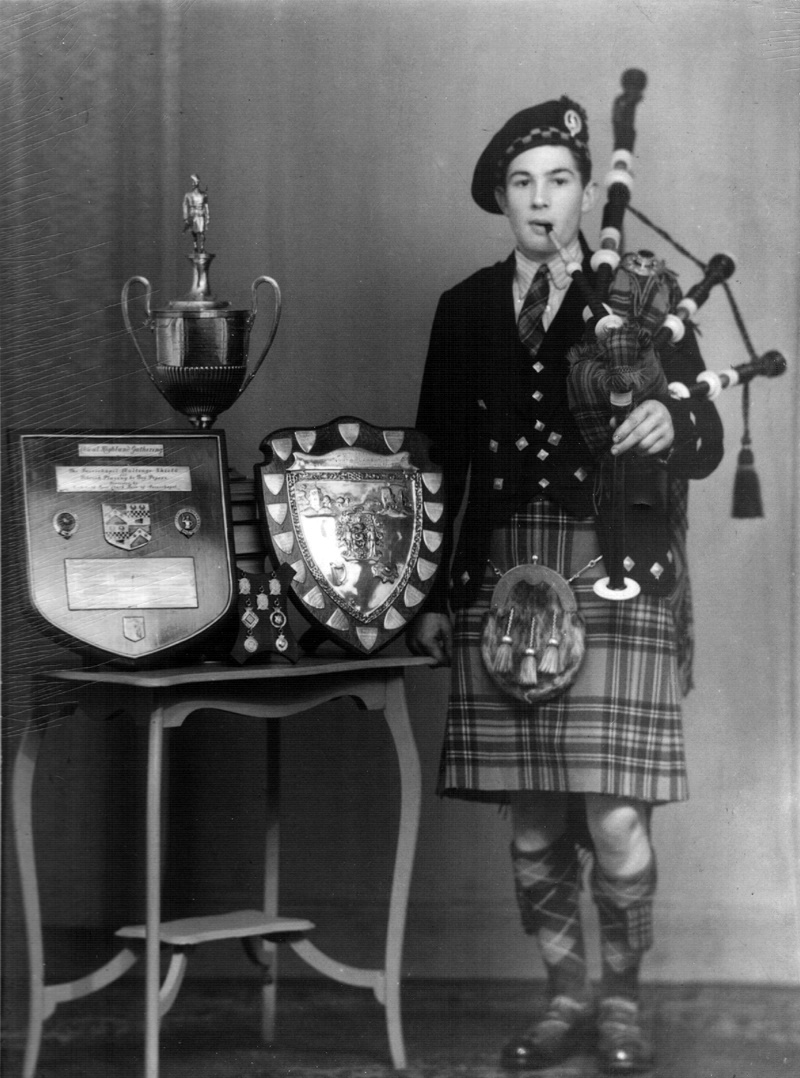 Over his 42 year career, Donald MacPherson, won over 30 awards at the major gatherings in Oban and Inverness. At the Northern Meeting in Inverness in 1954 he won both the Highland Society of London’s Gold Medal for Piobaireachd and the Gold Medal and Clasp (for former winners of the medal). He subsequently won the Clasp on a further eight occasions. “It is nice to win anywhere”, he once said, “but win at Oban and Inverness and you go into the history books.”

Brought up in Glasgow, MacPherson was a young piper with the Glasgow Shepherds Pipe Band but was taught solely by his father, Iain, himself taught by the celebrated Pipe Major John Macdougall-Gillies. Donald went on to choose a career as a precision engineer, many of the attributes of which could be seen in his restrained and deft playing, every note perfectly placed.

Donald’s final bow came in 1990 with his 15th win - a record - in the same senior event he had first captured in 1948. It is with great pleasure that we, in consultation with Donald’s family, are able to recognise this remarkable career by offering the piper’s medals and trophies as a single collection, with an estimate of £12,000-18,000 in our forthcoming October Jewellery, Silver & Watches auction.

Donald’s skill and musicianship brought him recognition all over the world. Awarded the BEM for services to piping, he was official piper to the Lord Provost of Glasgow, honorary piper to the City of Savannah in Georgia and was inducted to the Scottish Traditional Music Hall of Fame in 2006.

Lyon & Turnbull would like to thank Robert Wallace, editor of Piping Press, for his assistance with this article.