In advance of our January Fine Furniture auction on 25 January, Douglas Girton, Head of Sale, reviews a rare Russian Volkhov Porcelain Factory Teapot which will be offered in the sale.

The Russian revolution of 1917 created a shift in the design and decoration of applied and decorative arts in a land formerly overshadowed by European, mostly French style. While a growing interest in historic Cyrillic motifs developed from the mid-19th century with artists and craftsmen, it was during the years following the revolution that a distinct Soviet style emerged that was a definitive break from the past with an eye to a new national identity. 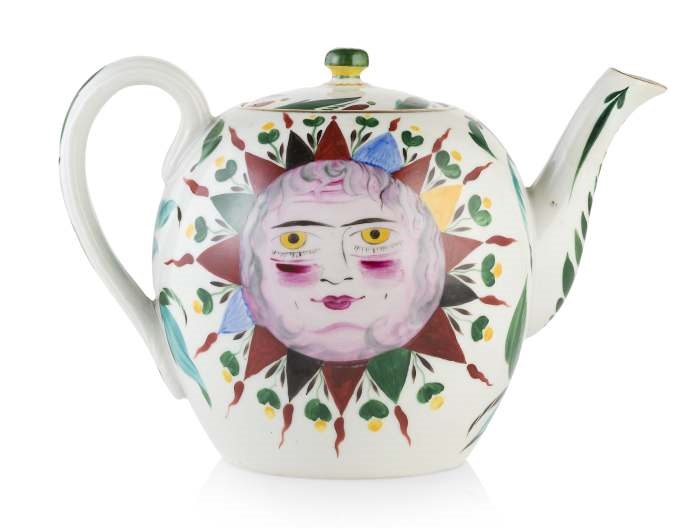 Sergei Chekhonin (1878-1936) was an influential illustrator, graphic artist, porcelain decorator and later theatrical set designer in the early decades of the 20th century. A member of the movement known as ‘World of Art’ (Mir iskusstva), Chekhonin was interested in art based on history and folk traditions, turning away from the prevailing academic model. This sense of the kustar, or peasant craft, remained a dominant influence throughout his career. Chekhonin’s work straddled the twilight of tsarist Russia and the emergence of the post-revolution early Soviet era. His style evolved but never lost its strong grounding in the bold graphic nature and colour of native folk art passed through a filter of modernism.

This rare teapot, estimate £3,000-5,000, is part of a large collection of Russian porcelain, paintings, and works of art from the collection of the late Jan Bethge Esq. to be sold in the 25 January 2017 Fine Furniture and Works of Art auction.