The Scottish Amateur Golf Championship was first played at St Andrews in 1922. Organised by the Scottish Golf Union, the competition is 'closed' to golfers who are Scottish born, with Scottish parentage, or have lived permanently in Scotland for the past five years.

The first competition was held at The Old Course at St Andrews, where John Wilson beat Edward Blackwell at the 19th hole in what must have been a very close match. 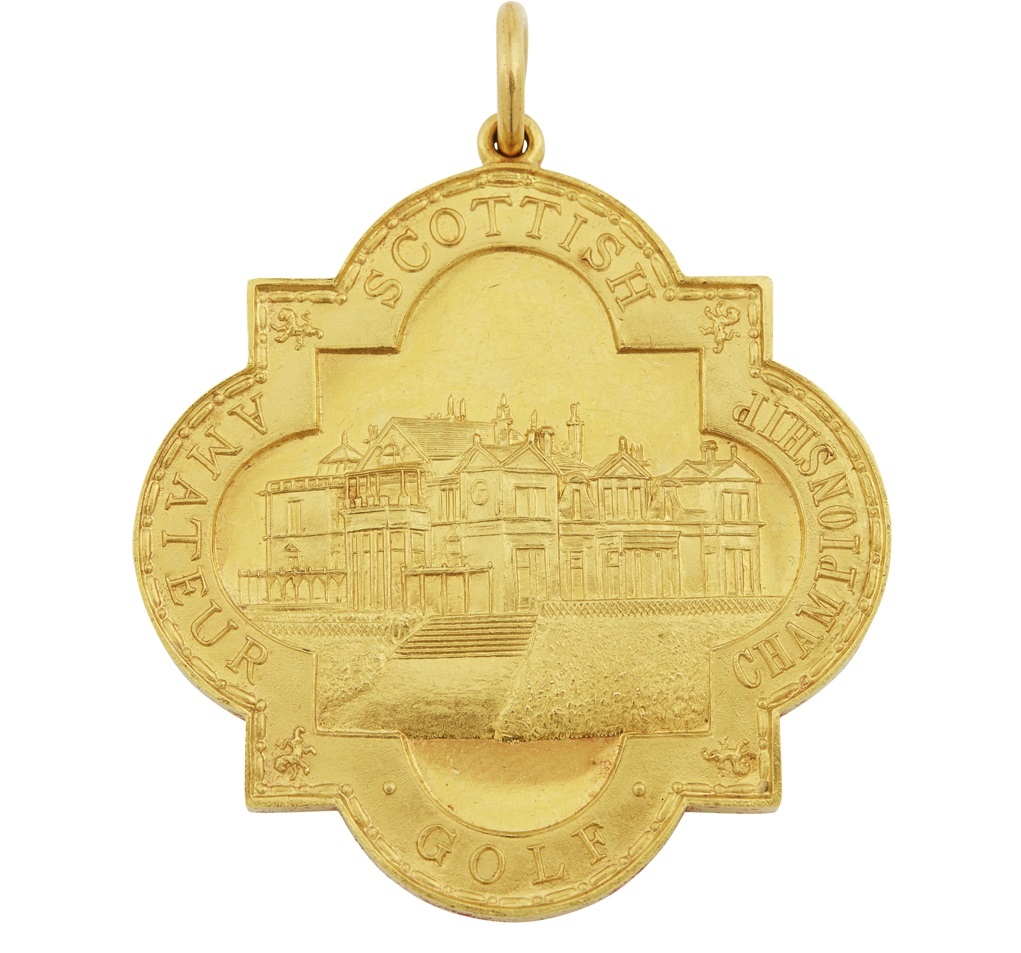 John Wilson was a teacher from Prestwick who was a keen amateur golfer and won the Arrol cup on six occasions. In 1931, he won the Amateur Golf Championship for a second time when played at his home course, where he defeated Andrew Jamieson by 2 & 1. 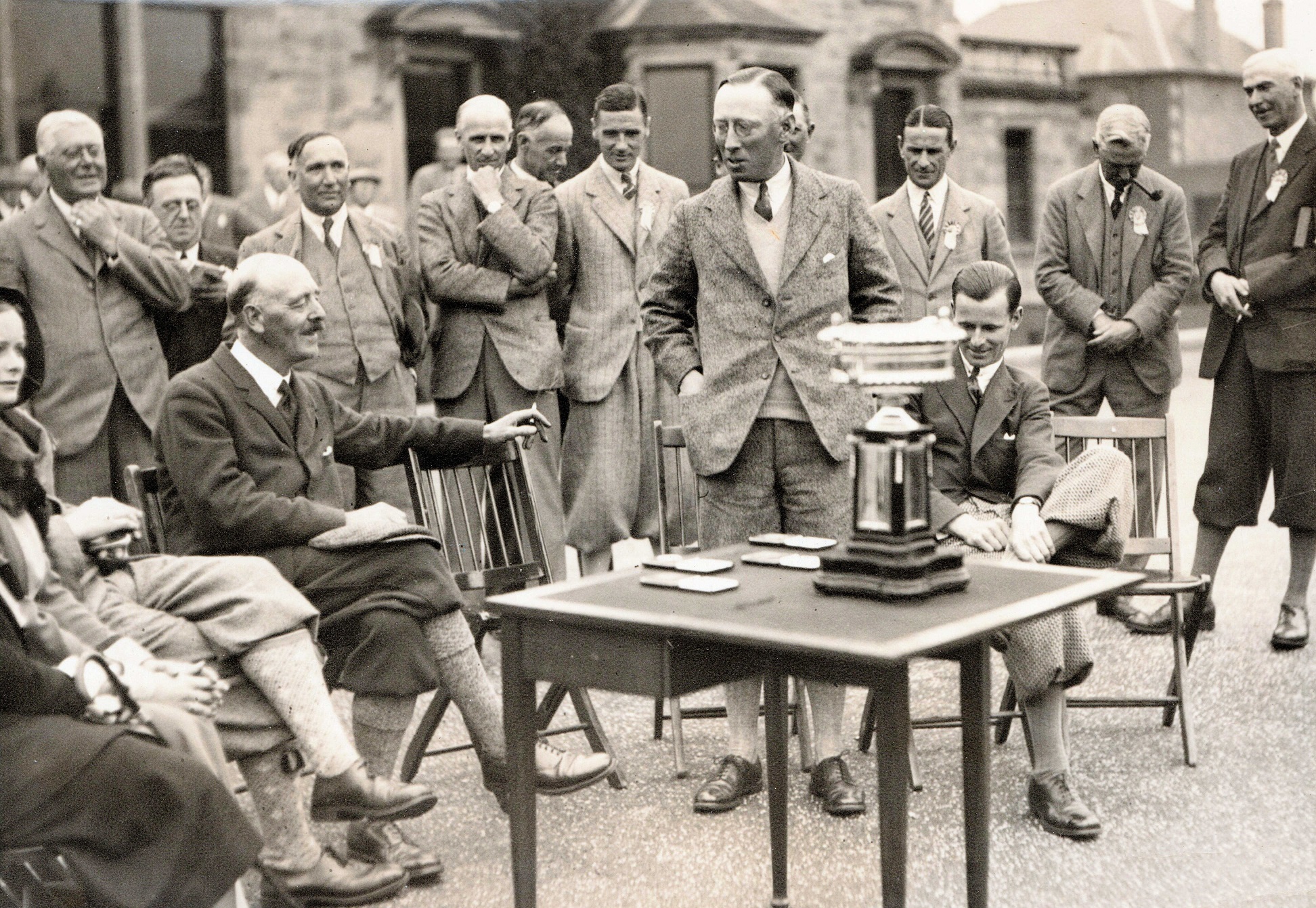 The presentation group for the Amateur Competition 1931 | LOT 368

John Wilson affectionately known as 'The Monkton Dominie' was torn between his scholastic and family lives and his love of the game at Prestwick chose the amateur way. 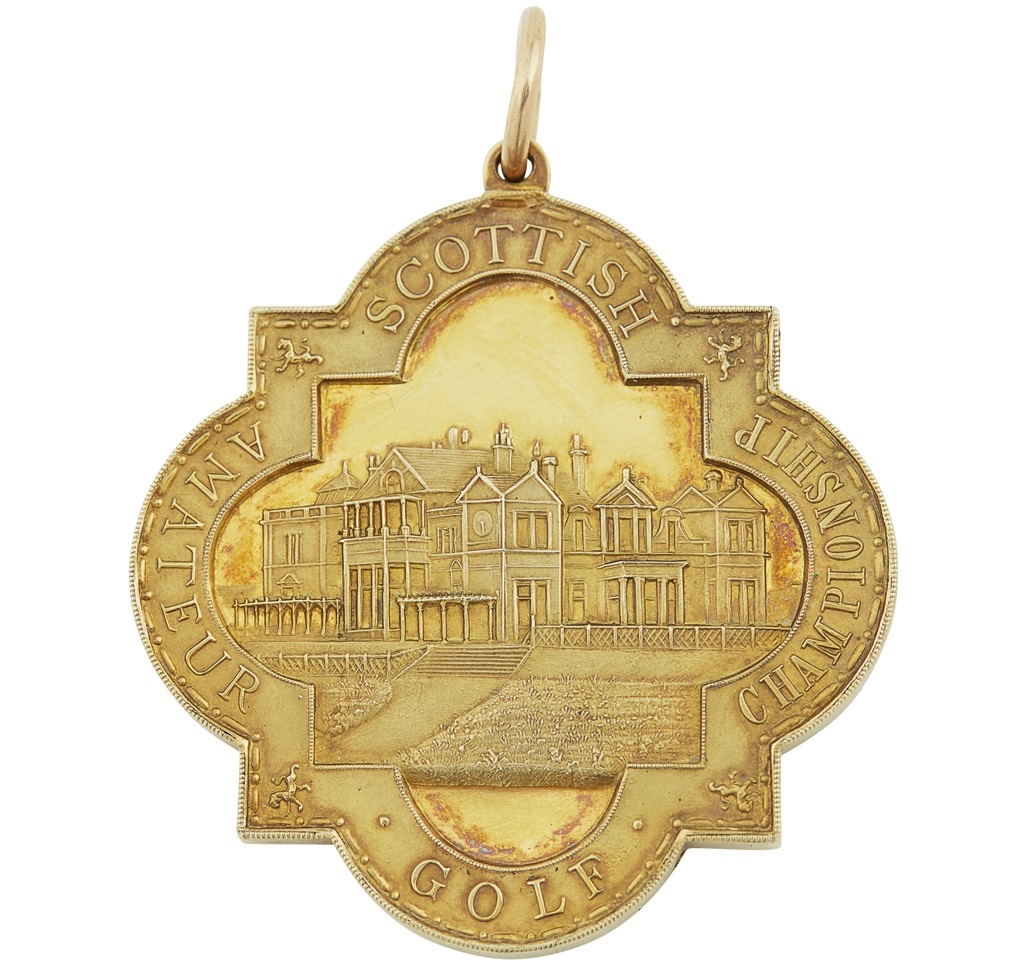 Cast in gold and decorated with a view of the R&A St Andrews and ‘Scottish Amateur Golf Championship’ around the border, both of the medals going up for auction this September in the Jewellery Silver & Watches Sale are offered in their boxes of issue with a group photograph showing John Wilson at St Andrews.