This Autumn our London gallery will host an exciting loan exhibition of jewellery from a private collection. Glam Rocks: British Jewellery from the 1970s features over thirty pieces from jewellers working in Britain between 1970 and 1979. 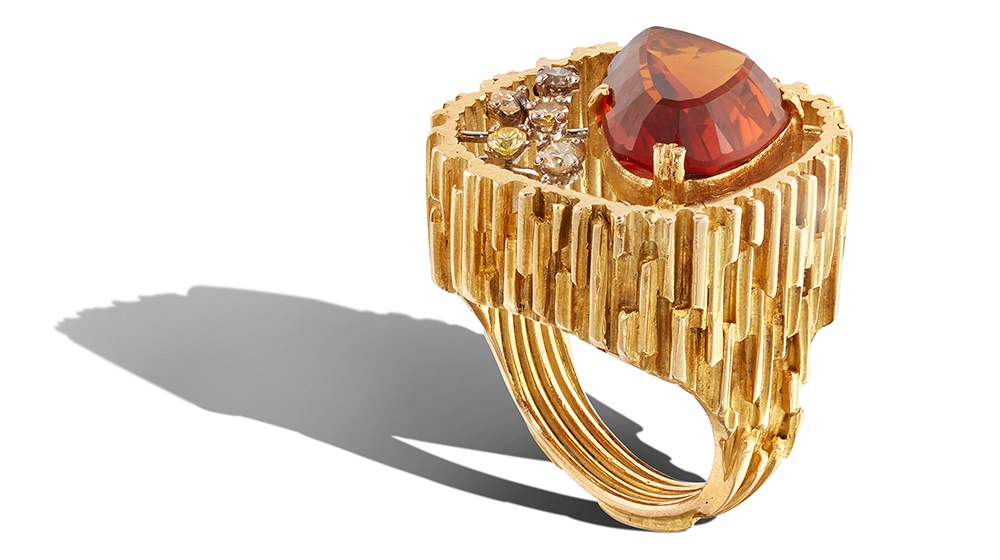 The 1961, International Exhibition of Modern Jewellery curated by Graham Hughes, organised jointly by the Worshipful Company of Goldsmiths and the Victoria & Albert Museum, was the world's first international display of modern jewellery. The exhibition covered the period from 1890 to 1961. Stardust picked up from where Hughes's exhibition left off, exhibiting pieces by artist jewellers such as John Donald, Tom Scott and Alan Gard. Glam Rocks takes a closer look at the exciting designs of the 1970s featuring pieces from Andrew Grima, Gillian Packard and many others.

A TOURMALINE BROOCH, BY ANDREW GRIMA, 1970

Collectors in the current market are clamoring for pieces by British jewellers making in the 1960s and 1970s. Glam Rocks will be an exceptional opportunity to view jewellery assembled from that period, all made in Britain, and all from one private collection.

British Jewellery from the 1970s