George Tinworth’s output for the Doulton factory was immense. Introduced to the Doulton’s by his old headmaster, a partnership was soon struck between the two.

Producing many religious reliefs throughout his career, from the 1880s onwards George Tinworth began to produce playful sculptures on a much smaller scale. We were delighted to present a group of works by Tinworth dating to the late 1800s in our recent auction of The Peter Rose & Albert Gallichan Collection.

His love for art began when he worked as an apprentice to his father, a wheelwright. Here he would spend his days carving and drawing various pieces for parts for wheels. His family lived in poverty and for much of his childhood Tinworth worked several small jobs to help support the family. Yet in between all of this he developed an impressive talent for sculpting after taking local evening school classes. With his mother’s encouragement he enrolled in the Lambeth School of Art and later received an opportunity to study at the prestigious Royal Academy. Here he honed his craft further and won multiple awards for his work. 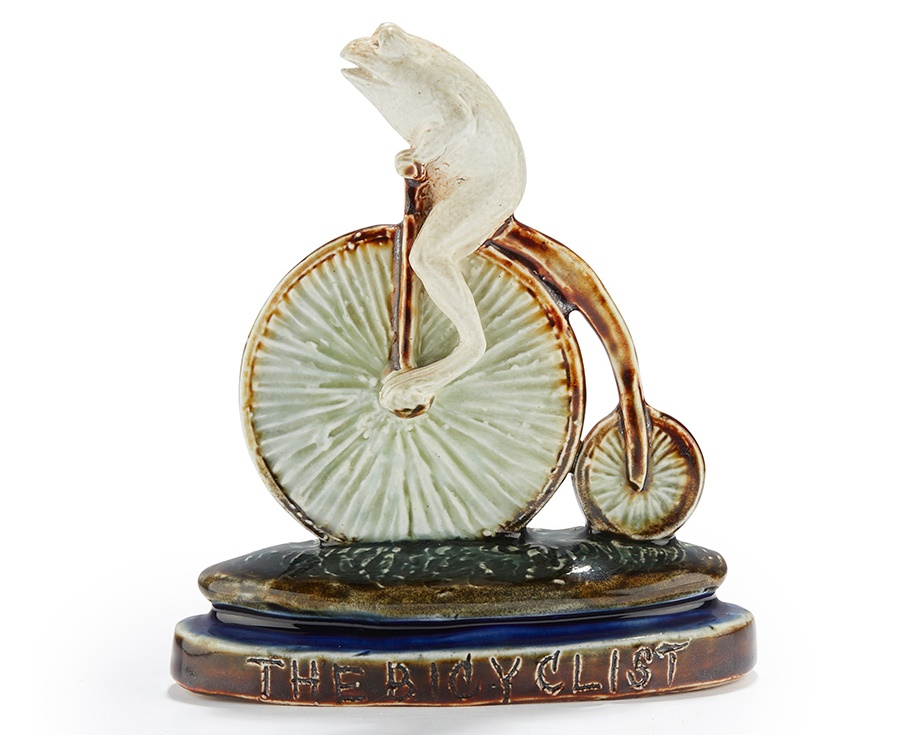