Our inaugural Whisky & Spirits auction will take place in the elegant surroundings of our Edinburgh saleroom on 5 December. We are very pleased to be offering an eclectic range of bottles that span over 100 years of whisky history.

The sale is particularly notable for items that were both bottled the early 20th century or distilled during that era, starting with the Shamrock Whiskey from the 1910s produced by Belfast firm Kirker Greer & Co Ltd (lots 107 and 108, estimated at £3,000-5,000).

In 1886 the company became one of the founders of the Connswater Distillery in Belfast, together with Mitchell & Co., Ltd., and a Belfast Distiller, James Wilson & Son. As of 1888 Kirker, Greer & Co were selling both "Old Lochdhu Whisky" from Glasgow and "The Shamrock Whiskey" from Belfast (in 1888). William Greer was a member of the family and moved to Glasgow in 1893, becoming a leading wine and spirits merchant and like many of his peers started blending whisky for both home markets and export. It is highly likely that whisky from the closed Connswater Distillery was used to produce Shamrock.

The Royal Brackla 1924 60 year old (estimated at £8,000-£10,000) is the first representing the roaring twenties. Brackla Distillery became the first to be granted a Royal Warrant after its selection by King William IV to be his whisky at the Royal Court in 1833. This seal of royal approval led to it being known as ‘The King’s Own Whisky’. The royal approval continued with Queen Victoria having renewed the Royal Warrant in 1838.

Due to the downturn in the industry during the 1980s, the doors of the distillery were locked from 1985 to 1991 and it is due to this period in its history that this bottle exists. A cask was discovered by chance in 1984 after it lay undisturbed for 60 years and was promptly bottled for ‘a special occasion’. That turned out to be two occasions. Sixty bottles were produced to celebrate the 60th anniversary of Emperor Hirohito's accession to the throne in 1986 and a further sixty-two bottles to celebrate the reopening of the distillery in 1991. We can only imagine what flavours and aromas would emanate from a glass of this whisky, but surely it will be fit for a King & Queen.

The second from the 1920s is the Dalmore 1926 50 year old (£10,000-15,000). Dalmore was founded in 1839 by Alexander Matheson, a partner in Jardine Matheson the trading organisation which acquired the East India Company. It takes its name from the Gaelic for ‘The Big Field’, Dail (Scottish Gaelic – field) mór (Scottish Gaelic – big).

In 1917 the British Royal Navy was using the Cormarty Firth as a site for the production of deep-sea mines and in 1920 the distillery was almost completely destroyed by fire as a result of a mine detonation. Had history taken a different turn this bottle would not exist but thankfully Dalmore returned to production in 1922. It is rare to find a whisky from the 1920s of such age bottled at cask strength. Given that Dalmore has a reputation for maturing exceptionally well, resulting in both balance and layers of complexity, we hope that there is much to discover in this whisky.

From the 1930s we are delighted to offer two exceptionally rare items. A warehouse sample taken from a 1939 cask of Port Dundas on Christmas Eve 1945 (£300-500) and an Old Orkney Relics miniature from the closed Orkney distillery of Stromness (£800-1,200). The later was imported into the United States by Judge and Dophn Ltd of Chicago, Illinois, and bears tax stamp dated 1936. Bottles from distilleries closed prior to World War II are rarely encountered and are the holy relics of the whisky collector's market. 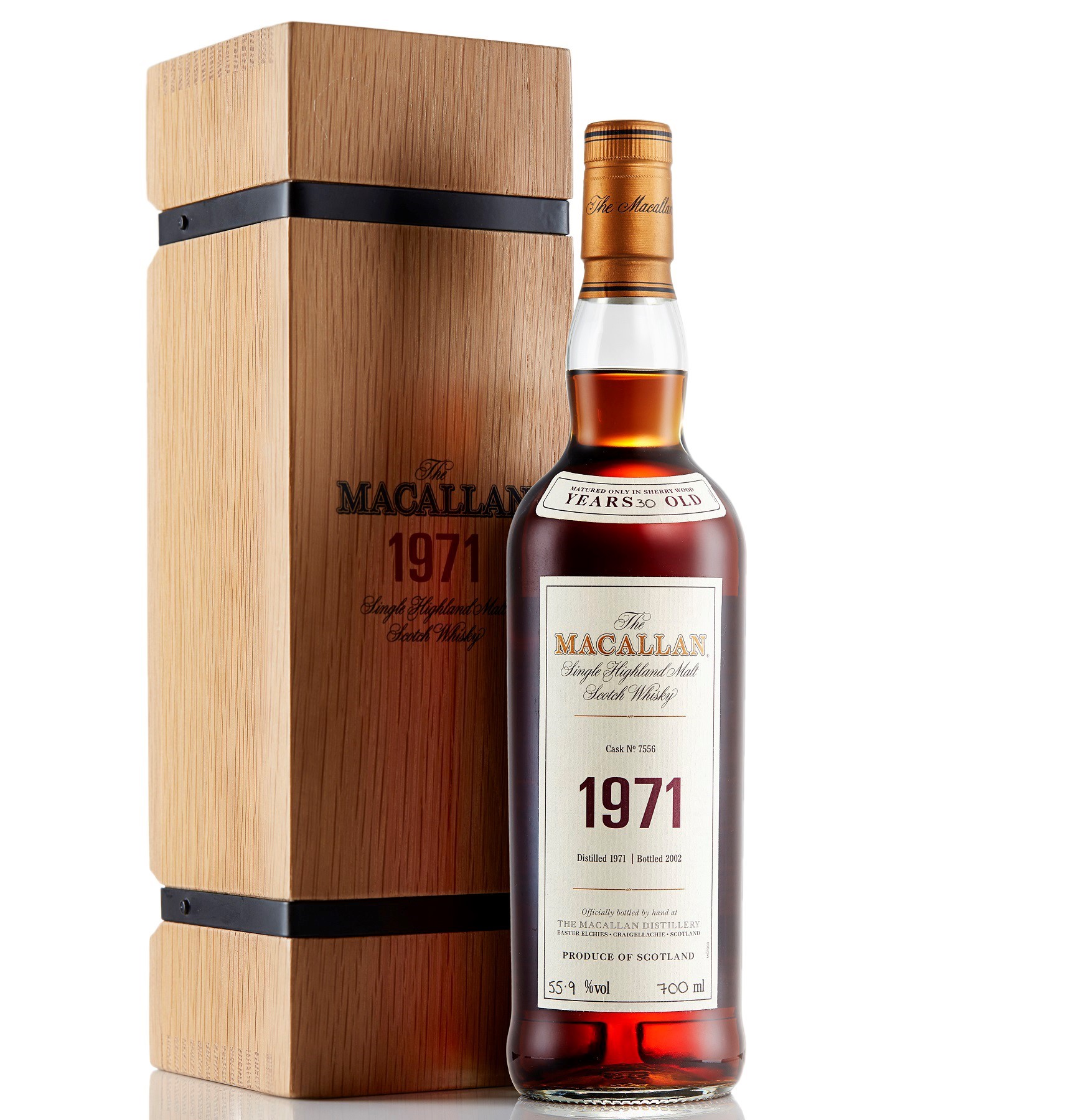 Given the significant prices rises that have been seen in recent years, one might rightly ask the question what bottles represent good value purchases. Old grain whisky is offering the buyer significant value with two 52 year olds; one from the closed Carsebridge distillery (£380-500) and another from Girvan distillery, both distilled in 1964 (£400-600) and as a 50 year old Golden Grain blended grain (£300-450). Single malts of a similar age are being released for several thousand pounds. This is complimented by two bottles from the Caledonian distillery in Edinburgh which closed in 1983 (£120-150) and Ghosted Reserve from William Grant & Sons (£150-250) which is composed of three closed distilleries being Ladyburn, Inverleven and Dumbarton.

We hope that you enjoy the experience of browsing the many lots, discovering stories behind the bottles and we look forward to welcoming you either in our historic Edinburgh saleroom or live online for our inaugural auction.