A Private Collection: Property of a Gentleman

Amongst the 500 lots in our forthcoming sale of Decorative Arts & Design on 11 November is a selection from a Private Collection comprising 94 lots (lots 145 to 238A) of Arts & Crafts silver and works of art, Pre-Raphaelite and Arts & Crafts drawings and paintings and other works of art.

In the applied arts highlights include a collection of silver and enamelled silver with several examples designed by Archibald Knox for Liberty & Co. 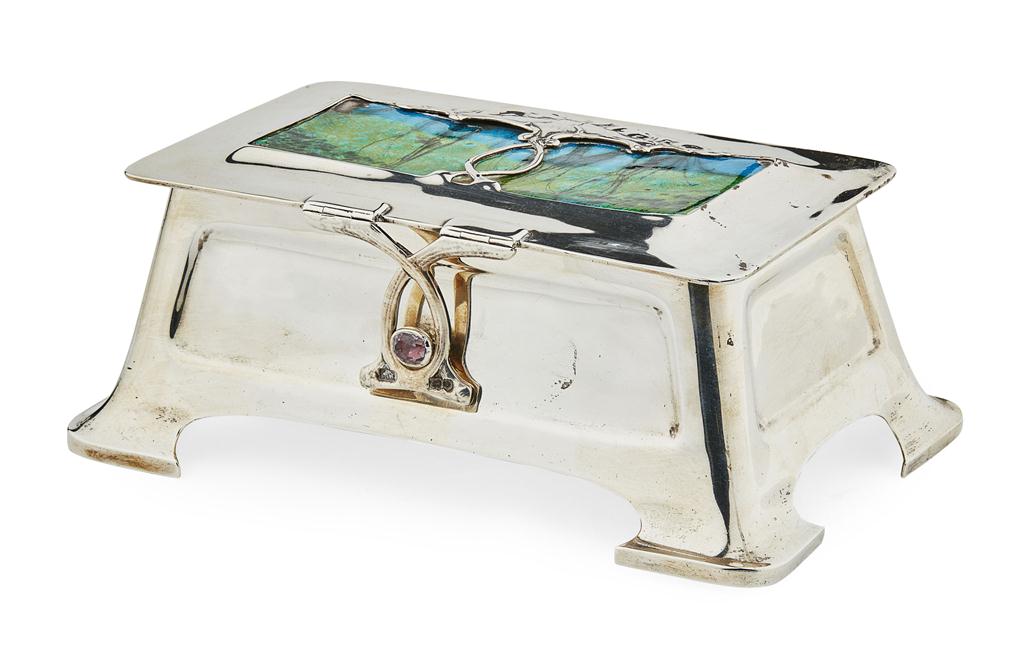 In the selection of 43 pictures there is a beautiful preparatory pencil study of a male nude by Sir Edward Burne-Jones, two interesting watercolours by Austin Osman Spare, and group of pictures by by the Pre-Raphaelite artist Simeon Solomon. 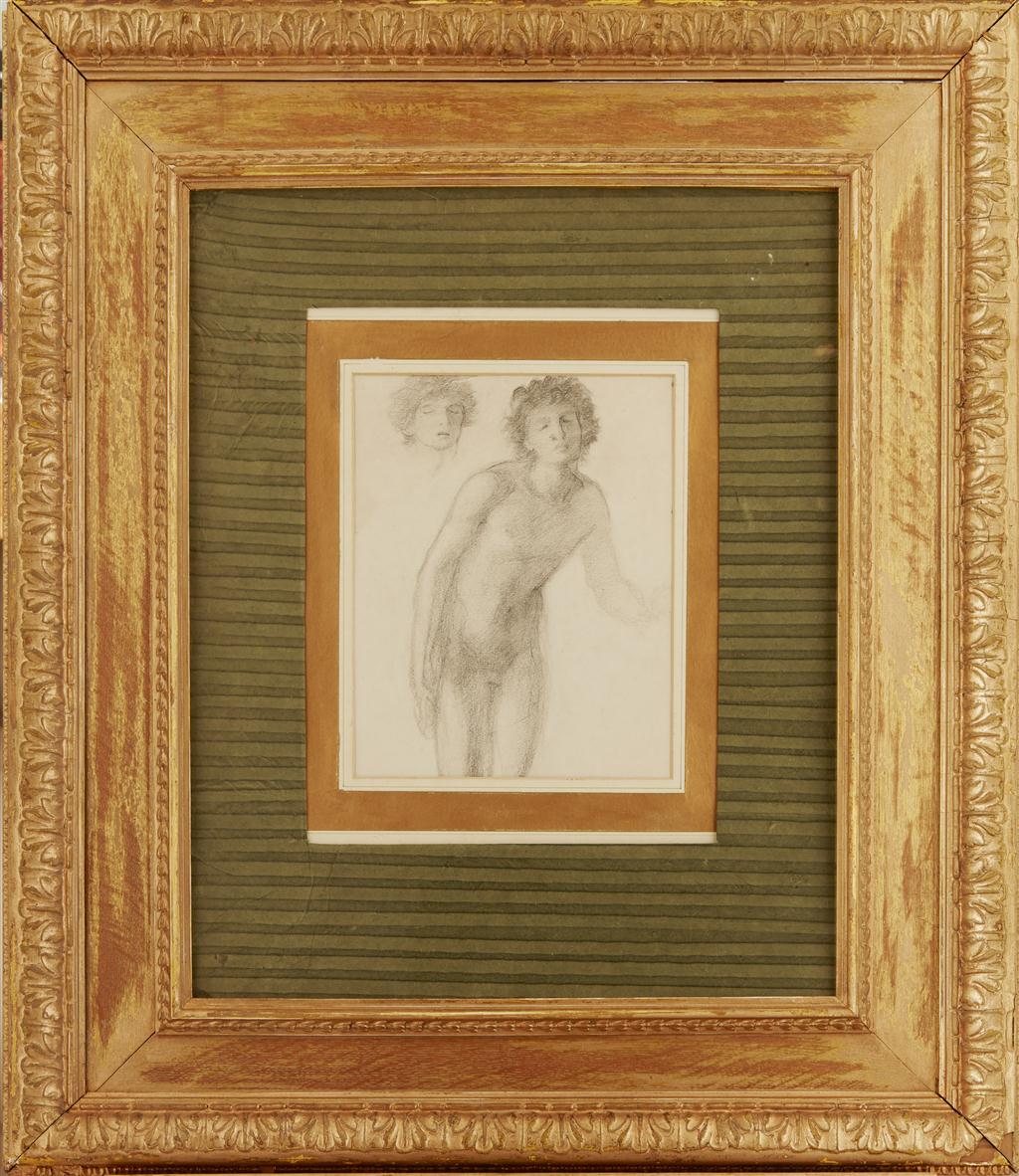 Simeon Solomon (1840-1905) was born in London to an artistic Jewish family attended the Royal Academy Schools for arts. Solomon become a known figure in the pre-Raphaelite movement and painted many pictures influenced by Biblical and Jewish themes. It was after his introduction to Algernon Charles Swinburne around 1865 where he became influenced Classicism which became his dominant style. It is in this style that Solomon was able to symbolically express himself and composed many pictures of languorous, aesthetic youths.

His work became known in America after being featured in Frederick Hollyer’s photographic album Portraits of any person of Note in 1866. Today he is also recognised for his prose poetry, A Vision of Love Revealed in Sleep, considered a landmark in gay literature. Although Solomon faced many personal struggles later in life, his work has remained sought after with collections in The National Portrait Gallery, London; Tate Britain; The Art Institute of Chicago; The Museum of Fine Art, Boston; Harvard Art Museum and numerous institutions worldwide. 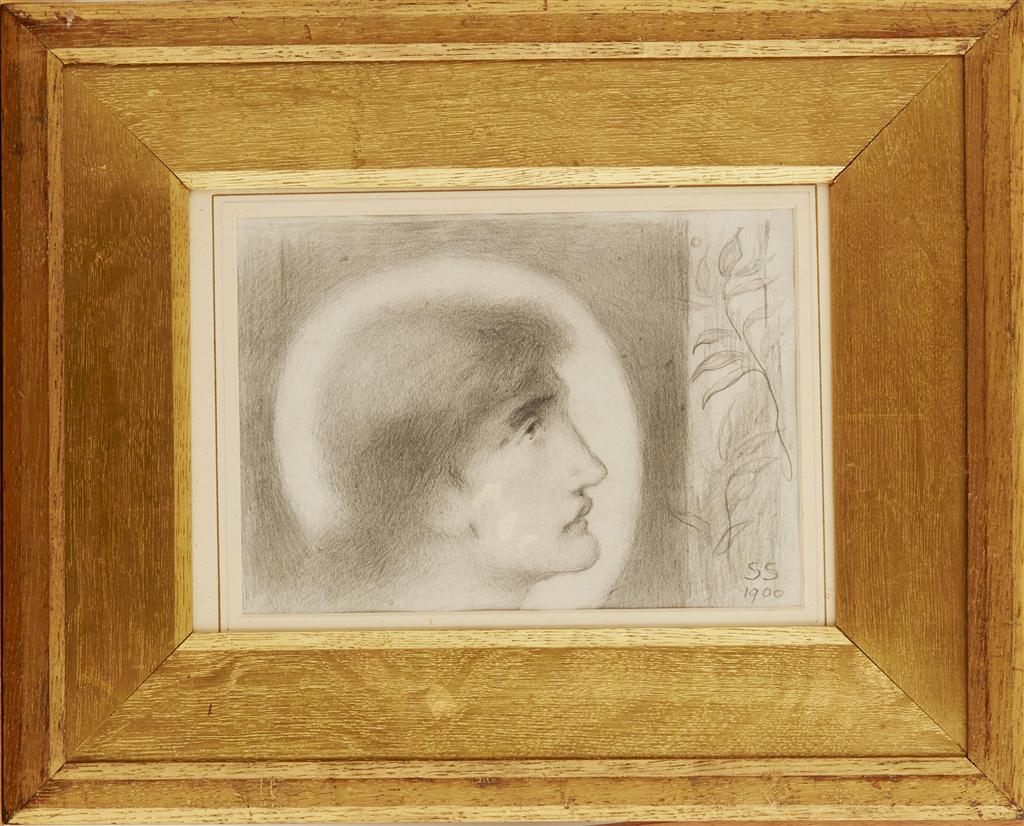