The Chandeliers of F. & C. Osler

A pair of stunning crystal chandeliers by renowned makers F. & C. Osler were one of the highlights of our recent Fine Furniture & Works of Art auction on 30 September in Edinburgh, selling for a combined £30,625 (inc Buyer's Premium). Specialist Douglas Girton finds out more about the history of these two pieces below.

F. & C. Osler created some of the most impressive glass chandeliers, lighting fixtures and decorative furnishings in the 19th and early 20th centuries. The company, established in Birmingham in 1807, had showrooms in London and Calcutta, becoming famous for their innovative designs and high quality. In 1847 a pair of large candelabra ordered by the ruler of Egypt for the tomb of the Prophet Mahomet in Mecca caused a sensation when they were exhibited in Osler’s London showroom, and the firm’s reputation was further enhanced in 1851 when they produced a crystal fountain for the Great Exhibition which measured eight metres high and contained four tons of crystal. Described in the Exhibition brochure as “perhaps the most striking object in the Exhibition; the lightness and beauty, as well as the perfect novelty of its design, have rendered it the theme of admiration with all visitors,” it helped secure even more prestige for the company. In the latter part of the century the firm found particular success for their wares in India, which became the company’s largest market outside Britain, with a large number of chandeliers, candelabra and pieces of crystal furniture being exported to the Indian subcontinent for installation in the palaces of the ruling Maharajas. 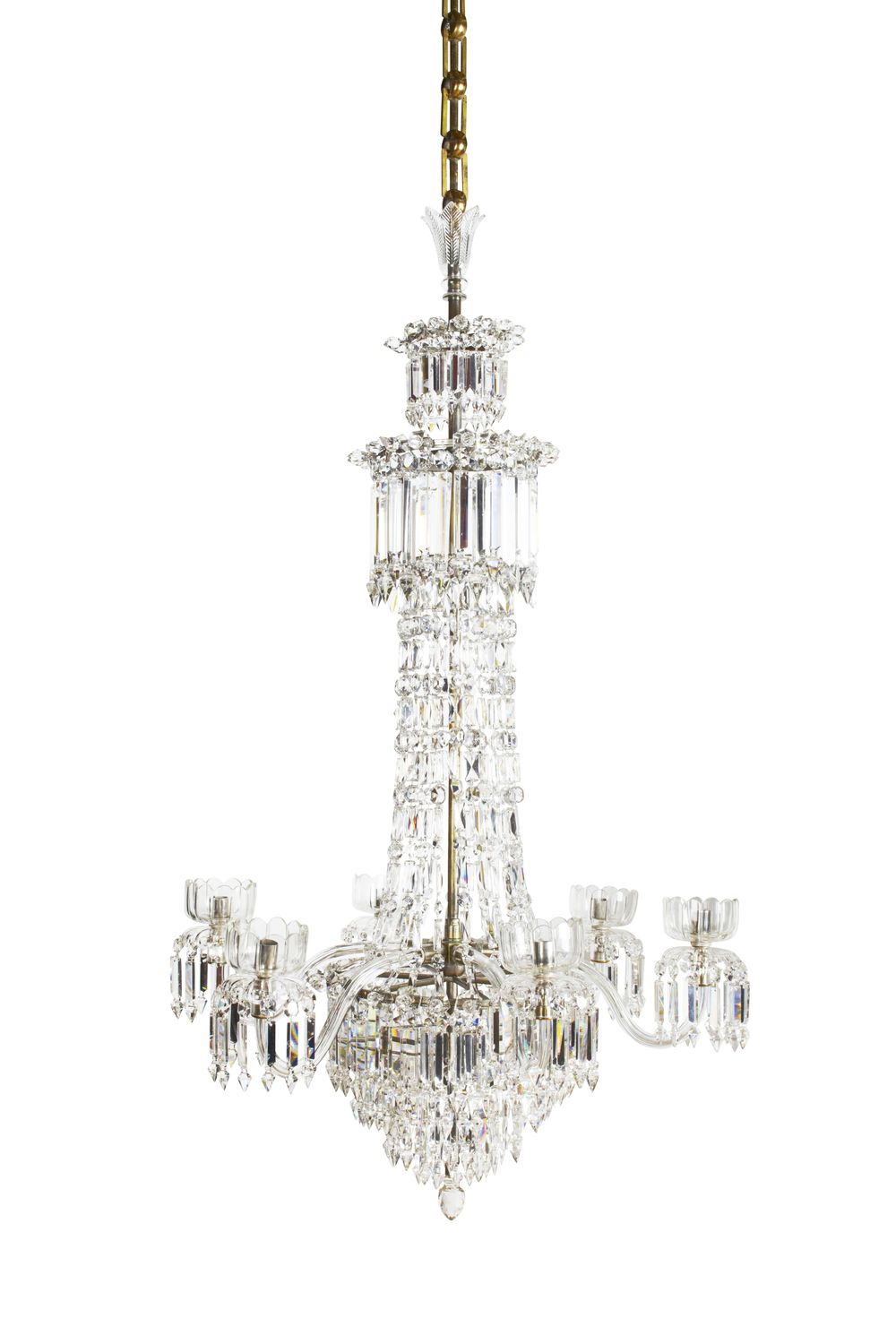 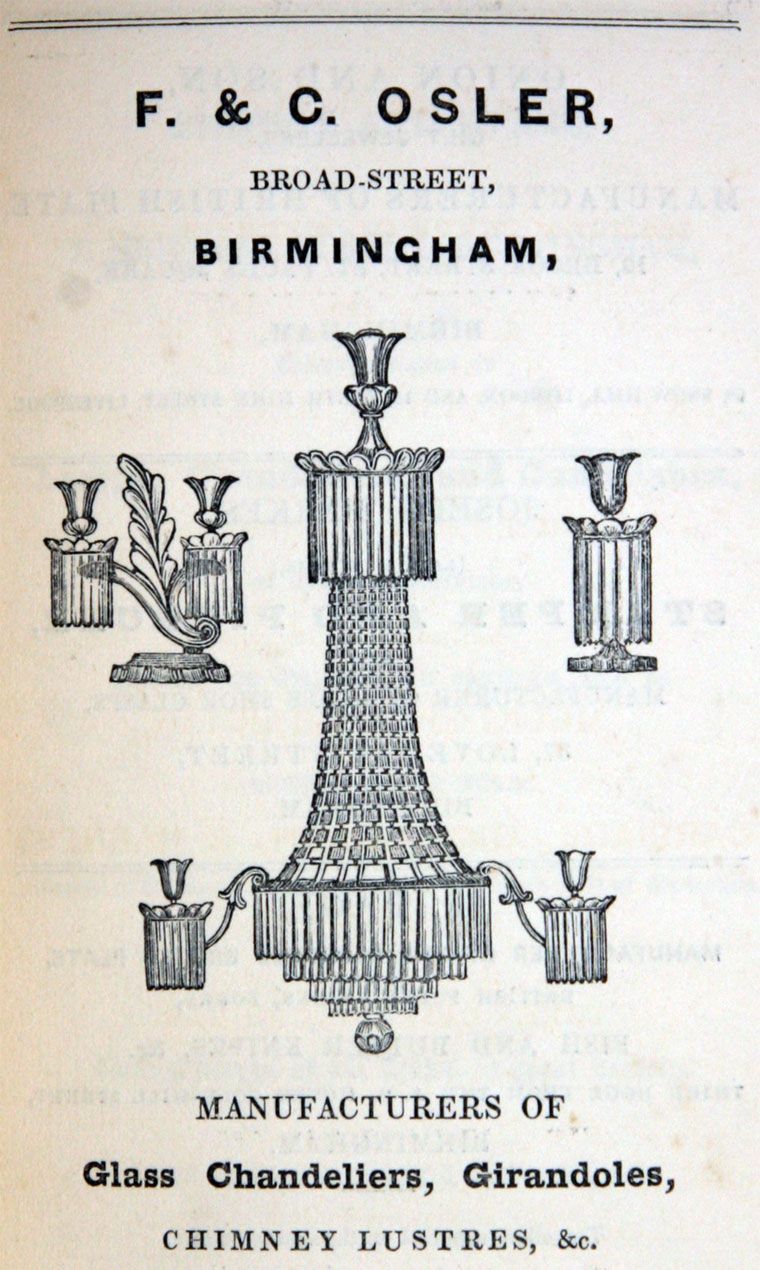 In the 1880s F. & C. Osler were one of the first manufacturers to incorporate electricity into their lighting fixtures, recognising the huge potential of this new technology. Electric lighting, rather than the established gas, was an expensive feature, but Osler knew its wealthy clients would be keen to have this modern, efficient feature and were quick to adapt their designs only two or three years after the first practical light bulbs were introduced by Thomas Edison and Joseph Swan in 1881. The company continued operations into the 20th century but changing tastes post-war and a series of mergers eventually led to decreasing trade with the company going into liquidation in 1976.

Two large and impressive neoclassical chandeliers, attributed to F. & C. Osler, were offered in the September 30 Fine Furniture & Works of Art auction. The two, each with downswept swags beneath stepped tiers and a tulip-form top; issue serpentine branches, one with six, the other with four; above graduated bases ending with a facetted ball finial, are in a style popular throughout the 19th century and Osler is known to have produced versions circa 1870. Made with heavy squared crystal drops hung from a metal frame, they have come for sale from Dunecht House, where they had previously hung in the long gallery, most likely installed during the phase of internal redesign started in 1867 by G. E. Street under the instruction of Dunecht’s then owner, Alexander Lindsay, 25th Earl of Crawford. A photograph of the long gallery from the turn of the last century shows the chandeliers in situ. 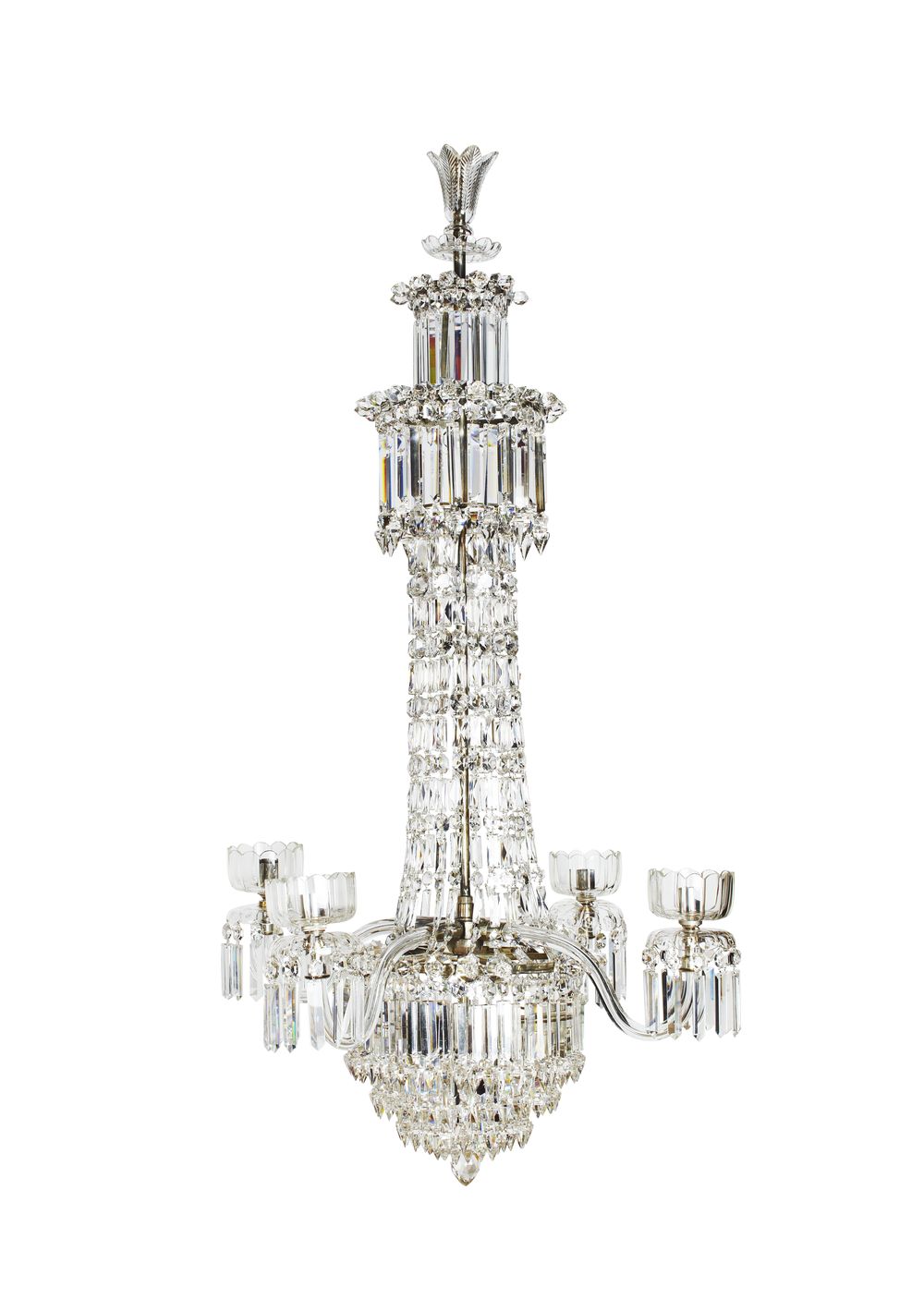 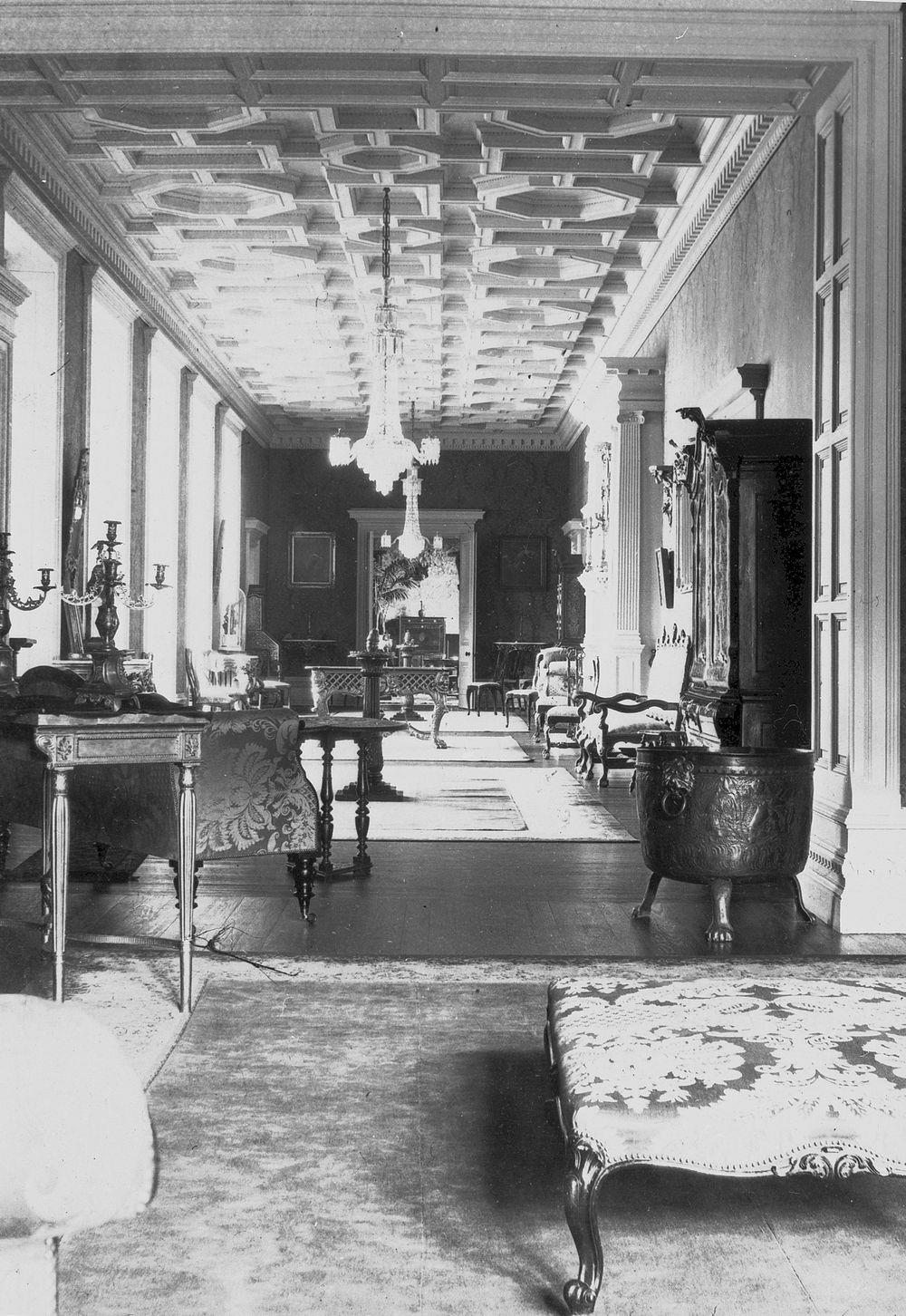 Dunecht House is a Grade I listed stately country house on one of the largest estates in Aberdeenshire. The house, originally built in a two storey Grecian style in 1820, was extensively expanded and renovated over the following century under the direction of several owners. Impressive features of the house, in addition to the one hundred foot long gallery, include a cathedral-like one hundred and twenty foot long glass vaulted library, an observatory and a stone vaulted chapel in the Italian Renaissance ‘Lombardic’ style. (Image - The Long Gallery at Dunecht House - Courtesy of RCAHMS)