An important chimneypiece in the style of Sir Henry Cheere

A stunning chimneypiece previously in New Gala House, Galashiels, is set to be amongst the top lots in our forthcoming Fine Furniture & Works of Art auction scheduled for January 27 2016 at 10am in our Edinburgh saleroom.

Sir Henry Cheere (British 1703-1781), is renowned as one of the very first British sculptors and masons to rival the skill demonstrated by his European rivals and predecessors.

Cheere's career began in London in 1718, as an apprentice. By the time he was twenty-three he had established both a reputation for quality and his own firm of sculptors, which led to him being named, aged forty, as 'carver' to Westminster Abbey, where he is known to have created at least nine monuments. In 1760 he was knighted and in 1766 made a baronet of St. Margaret's, Westminster.

Sir Henry's designs feature in country houses, mansions and institutions throughout the UK, and his habit of not signing his work, combined with the large number of sculptors and apprentices he employed has sometimes made clear attribution of his less monumental works difficult.

With its characteristic use of white statuary marble onto a Jasper marble ground, this chimneypiece carries clear signs of Sir Henry Cheere's design, and was possibly supplied by the sculptor Francis Harwood (fl.1748-1783) at the end of the 18th century. 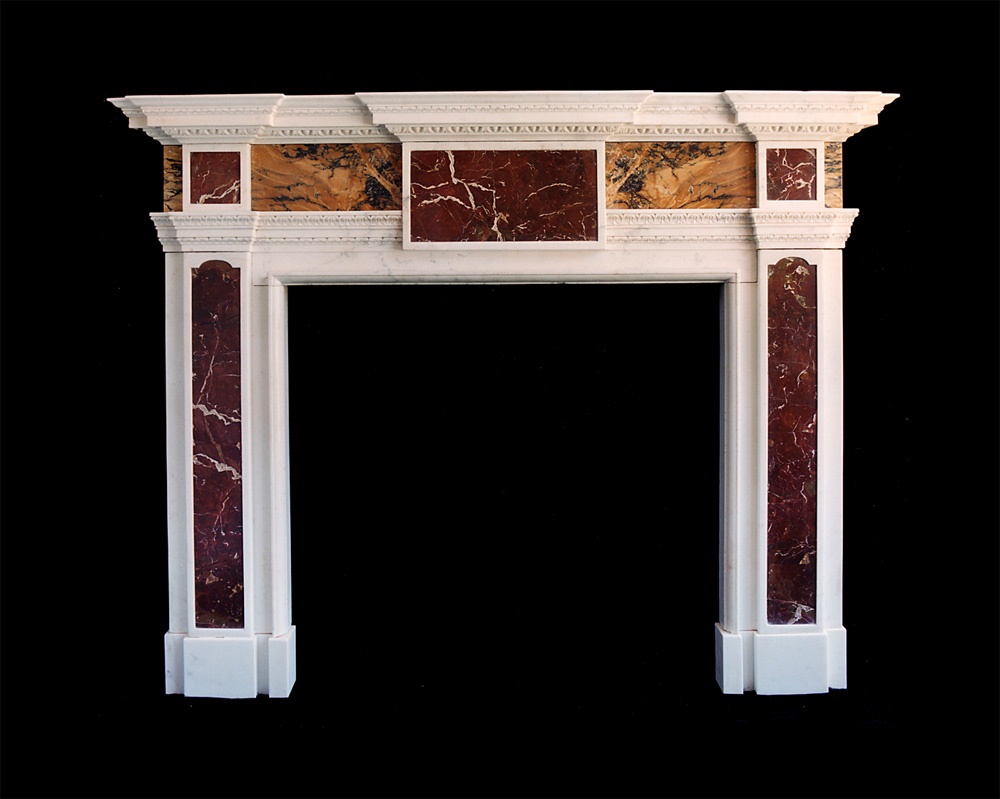 An almost identical chimneypiece exists in the first-floor small Drawing Room at Wedderburn Castle, Berwickshire and its attribution to Harwood is suggested by its construction, with the stretcher and shelf mouldings formed as a single piece of marble, typical of the Italian style of this period.  It is known that Harwood worked as a 'stone-cutter' in Florence, and was a prolific maker of chimneypieces. He also became one of the major providers of sculpture for English aristocrats visiting Florence on the Grand Tour.

Four pedestals made by Cheere of white and Sienna marble with Sicilian jasper panels, which bear similarities to the Wedderburn chimneypiece and the present lot, are in the collection of National Trust in the Music Room at West Wycombe Park, Buckinghamshire. (Image © National Trust Picture Library). 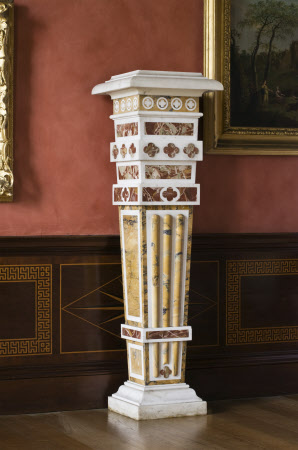 (New) Gala House, Galashiels, was designed by the Edinburgh architect David Bryce in the Scottish Baronial style with building commencing in 1872. It is believed the chimneypiece was moved from the earlier (Old) Gala House which was extended and renovated in the 18th century. In the 20th century (New) Gala House was eventually abandoned and sat empty, falling into increased disrepair. It was demolished in 1987 and the chimneypiece most likely removed at that time. (Image © Iain Lees - licensed for reuse under Creative Commons Licence) 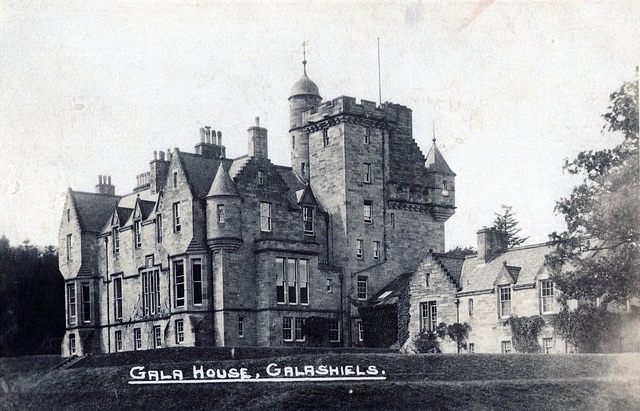