Our British & European Paintings auction on Friday 27 November kick-starts our Winter season of Fine and Select sales. Nick Curnow, Head of Paintings, introduces a selection of highlights from the sale before a selection of top lots go on view in London, Glasgow & Edinburgh during November. 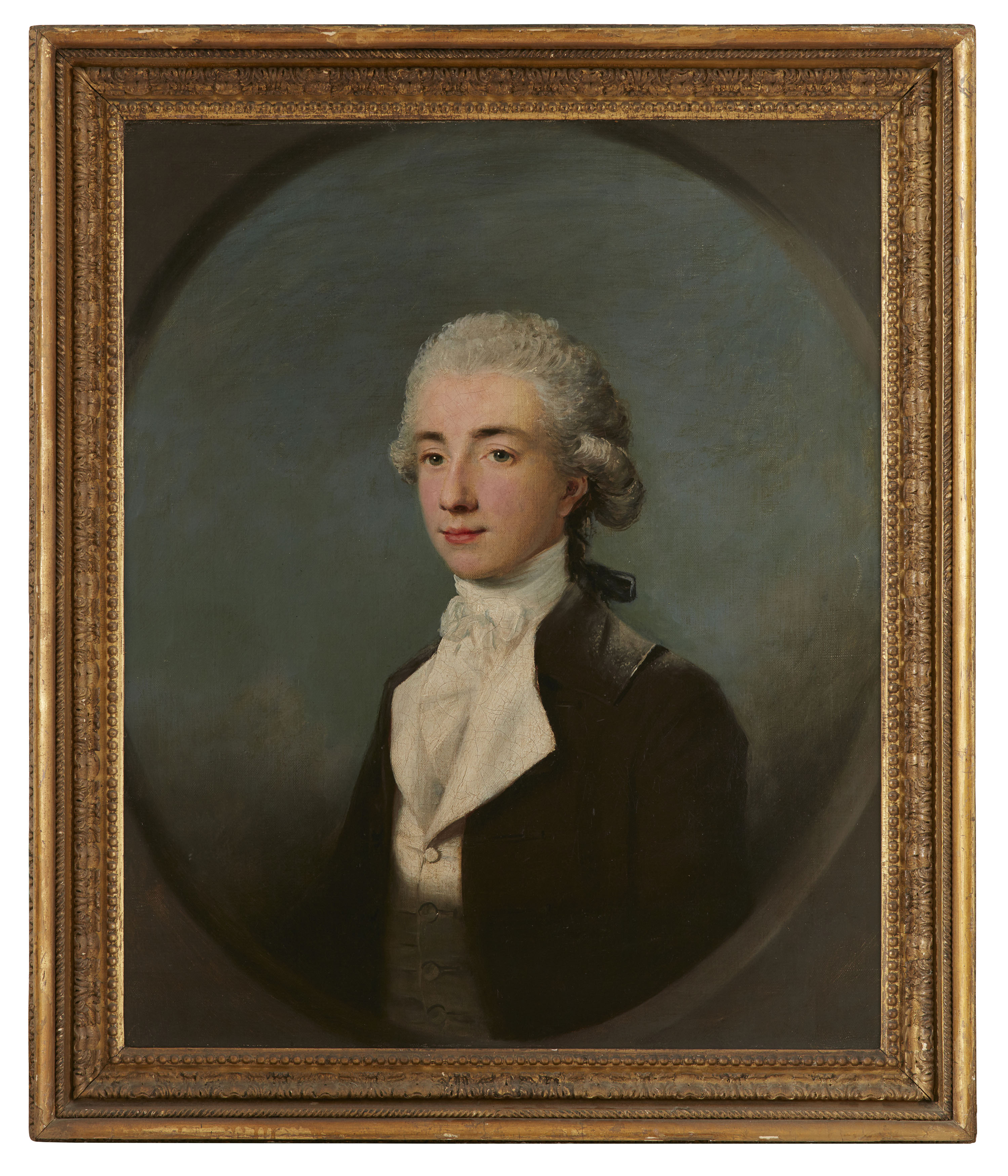 Lemuel Abbott is most commonly recognised for creating the best-known and much reproduced image of Horatio Nelson, the original of which hangs in the Terracotta Room of Number 10 Downing Street. In fact, he painted the portraits of many leading 18th century figures, particularly male naval officers and literary figures.

Mainly self-taught, he studied for a short time as a pupil of Francis Hayman. In 1780, Abbott married and settled in London and began exhibiting regularly at the Royal Academy, showing fifteen portraits there between 1788 and 1800. His portraits were engraved by well-known engravers and he had an apprentice in Ben Marshall, who became an accomplished sporting painter.

Unfortunately, from 1798 Abbott’s mental state deteriorated to the extent that he was ultimately certified insane; it has been suggested this was the result of disappointment at his failure to secure an Associateship of the Royal Academy, his inability to stay on top of his work load and domestic disputes. He was treated by Dr. Thomas Monro, a medical specialist in mental health and artistic patron, whom Abbott had portrayed and exhibited at the R.A. in 1800.

The half-length portrait of William Grenville is a classic example of Abbott’s portraiture, offering a serious depiction of a key 18th century political figure. Grenville entered parliament in 1782 as MP for Buckingham, representing this constituency until he became a Baron in 1790. Grenville was, for a short time, Speaker of the House of Commons, before stints as Home and Foreign Secretary. Later in his career, Grenville became the head of the ‘Ministry of All the Talents,’ a coalition group which accomplished little of its stated aims but was instrumental in steering Abolition of the Slave Trade legislation through parliament.

Also offered in the sale is, unusually for Abbott, a portrait of a female sitter, Lady Boydell, Lady Mayoress; the wife of John Boydell (lot 31), a successful publisher in 18th-century Britain.

Often referred to as the leading marine artist of the 19th century, William Leopold Wyllie was, and indeed remains, immensely popular with collectors. He was a great admirer of Whistler and Turner and sought to evoke a similar sense of atmosphere through sensitive observation of light and weather conditions. He was also extremely engaged with his subject matter at an academic level, having studied the history of ship building alongside his artistic training at the Royal Academy Schools, in order to better inform his paintings.

This painting is a large, exceptional example, combining to great effect the elements that ensure his work has such great and enduring appeal. The Royal Standard is raised high, denoting an occasion of significance, and the iconic Forth Rail Bridge, visible in the background, places us in the Firth of Forth. The choppy green waves are meticulously described and we, the viewer, appear to look back from the stern of a ship observing a fleet of battleships follow in our wake.

On this evidence it can be confidently posited that this work depicts one of naval history’s most significant events: the review of the Grand Fleet in the Firth of Forth after the Armistice, 1918. The largest gathering of warships at any point in history before or since, the Royal Navy ensured that defeat of the enemy was total by insisting on the complete capitulation and interment of the German Fleet. It likely shows the moment when the Grand Fleet (370 warships, including 33 battleships and 90,000 men, with the Sixth Battle Squadron, comprising USN battleships, and some French cruisers) processed to meet the German units (9 battleships, 5 battlecruisers, 7 light cruisers and 49 destroyers), escorting them to temporary anchorage 40 miles east of the Isle of May before their removal to Scapa Flow, Orkney.

A fascinating and extremely versatile artist, William Wauer was a member of the German avant-garde in the early 1900s. Enjoying a significant and varied career, there were few areas of the arts that Wauer had not turned his talents to before he was ultimately branded “degenerate” by the Nazis and banned from practising art in 1933.

Born and educated in Dresden, Wauer launched himself into his artistic training with vigour, enrolling at the Dresden Academy before transferring to Berlin and Munich. A passion for travel developed and he spent the last years of the 1880s traversing the globe; living for periods in San Francisco, New York, Vienna, Rome and Leipzig. His creative undertakings during this period were as multitudinous as his addresses and he worked variously as a publisher, editor, advertiser, illustrator and art critic.

Theatre, film and, of course, sculpture were Wauer’s main focus from the 1900s onwards and remain his predominant legacy. It was in the capacity of theatre director that he first became associated with the art group Der Sturm (The Storm). The movement took its name from the magazine founded by Herwath Walden, the purpose of which was to champion and affiliate radical Modern artists from across Europe. Fellow members included Schlemmer, Chagall, Kandinsky and Klee; artists encompassing diverse experimental movements including Cubism, Dadaism, Surrealism and Futurism.

Wauer’s sculpture is a stylistic product of his immersion in this highly creative melting pot. Characterised by forms at once fluid and angular, his work evokes a sense of movement and rhythm which is arguably more expressive than the work of his Futurist counterparts to whom he can logically be compared. In the work offered here for sale, Wauer subverts a traditional contrapposto standing nude figure, maintaining an organic sensuality despite the Modernist allusions to mechanisation of the human form.