One of the highlights of our next Select Jewellery & Watches auction on Wednesday 9 December, is an early 20th century Russian amethyst and diamond set ring (lot 27). This claw set piece with a hexagonal fancy cut amethyst immersed in a single border of smaller eight cut diamonds - a fine piece that shows the development of the jewellery industry post-Imperial Russia.

Throughout Russia’s thousand-year history it has collected a rich array of styles and fashions. From the medieval hoards of Kievan Russia in the 9th century to world renowned jewellers such as Fabergé. Precious stones and gems symbolised supreme power, and would be transported from all over the world to embellish the Tsar’s crown and sceptre. By the mid-19th century the art of processing precious stones had reached its height in Russia.

The amethyst and diamond ring available at our Wednesday auction, estimated at £5,000- 7,000, is from a collection of gemstones from the Russian Imperial Treasure purchased by Emmanuel Snowman for Messrs Wartski circa 1927. 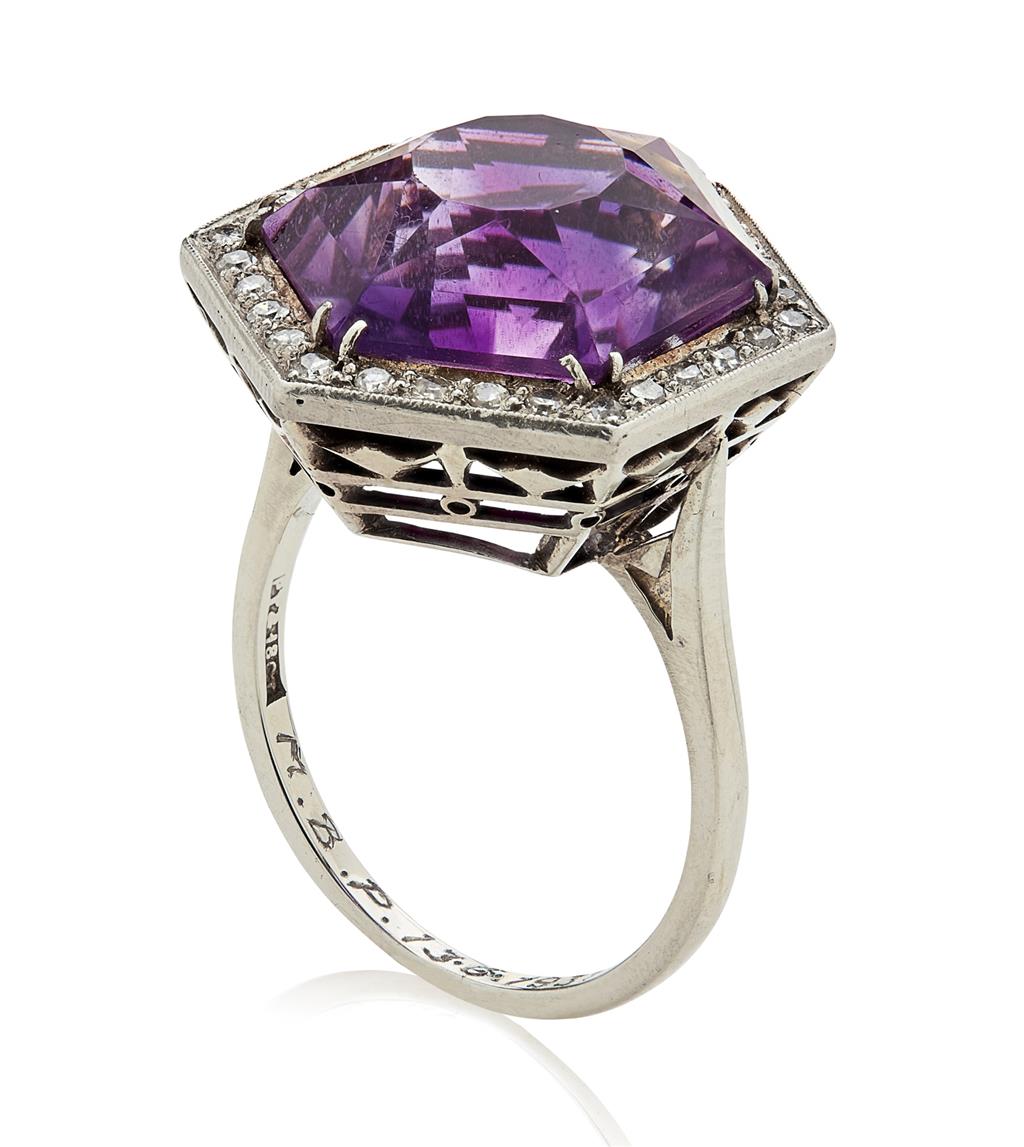 Wartski was founded in 1865 when Morris Wartski fled the Tsarist pogroms for Wales. The political context worsened and in 1914 with the threat of World War I looming over Russia, many, including the Russian Imperial family the Romanovs, chose to hide their vast collection of wealth. Consequently, the Romanov jewels and gem stones were not to be discovered until 1926, as they were hidden deep within the Kremlin.

The collection was photographed, catalogued and sent for auction, with most of the pieces being bought by Americans. The rest was dispersed throughout the world, and now many of the items’ locations are unknown. By 1927 Mr. Emanuel Snowman, the son-in-law of Morris Wartski, had opened another branch in London and was able to acquire this amethyst ring.

The fashionable style in art and jewellery at the beginning of the early 20th century was the Art Nouveau movement. Even though France and Brussels were the leaders of this new movement in jewellery, the movement complemented Russia’s historical enthusiasm for precious stones which were to become a prominent source of inspiration. More concern was given to the design of the piece, and diamonds were given a subsidiary role. This progressed into the Art Deco style of the 1920s and amethysts were to become the most popular stone.

This amethyst ring not only tells a story of a time of political upheaval but illustrates the changing styles in fashion and culture of the beginning of the 20th century.