For centuries man has been fascinated by the idea of recreating life. Many cultures have stories and myths associated with inanimate objects brought to life, an interest that continues today with our modern focus on the role of robots and artificial intelligence. The ancient Greeks are reported to have used water and steam to produce movement in statues and other objects, and ancient Chinese folklore includes the tale of a life-sized mechanical man whose movements and actions were so convincing that after being presented to the emperor, it had to be disassembled before his eyes to prove it wasn’t a living being. The word automaton comes from the Greek ‘automatos’, meaning ‘acting of itself’. It is this basic idea of a thing driven by its own self-contained modus that is as compelling now as it was over 2,000 years ago. 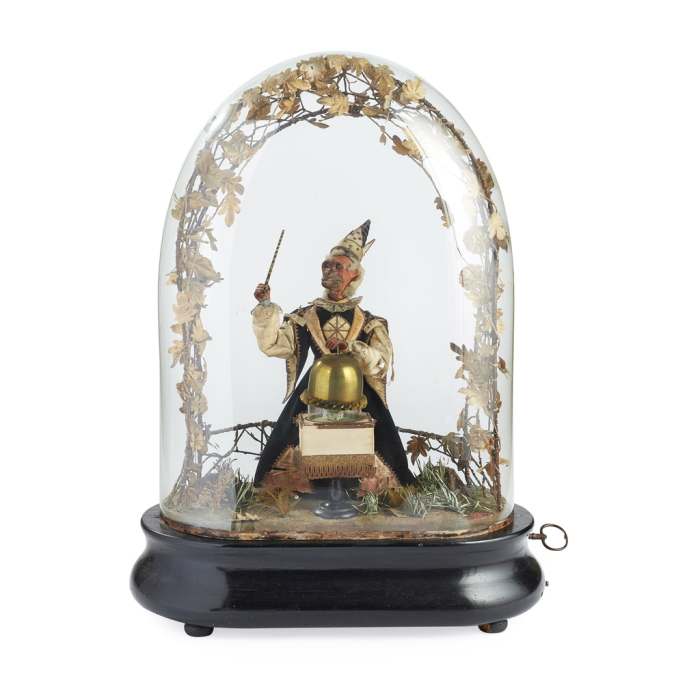 By the 17th and 18th centuries, advances in clockwork movements enabled specialist makers to create wondrous and apparently magical life-like machines which enthralled the courts of Europe. The French inventor Jacques de Vaucanson caused a sensation with his ‘Digesting Duck’, a complex automaton that could flap its wings, eat grain and water, and defecate, all in imitation of a real duck. Other prominent 18th century makers include Joseph Merlin, whose ‘Silver Swan’, now in the Bowes Museum, preens itself and catches small fish while ‘swimming’ in a stream of glass rods that simulate water; and Henri Maillardet, a Swiss mechanician whose ‘Draughtsman-Writer’, now in the Franklin Institute, could draw pictures and write poems seemingly of its own volition. The stakes were high and patronage was crucial, for these pieces were executed for the very top level of society. An inventor’s reputation and fortune could be made with a successful and innovative design. Perhaps most notorious was the chess-playing ‘Turk’ by Wolfgang von Kempleten, which could play a winning game of chess against a human opponent, until it eventually was discovered to be a hoax, the Turk’s movements being controlled by a chess master hidden in the case.

Paris in the 19th century was the centre for the production of automata and the years 1860-1910 are considered to be the Golden Age. The increase in production and popularity of these complex mechanical wonders coincided with a burgeoning middle class and increased industrialisation. Makers like Gustave Vichy, Leopold Lambert, Adolphe Theroude, and Jean-Marie Phalibois produced a dizzying array of fanciful and exotic automata designed to attract an enthusiastic client base eager for these curiosities. The automata were not considered toys, but adult amusements, and no longer intended only for the upper and aristocratic classes. While still expensive, 19th century automata were much more accessible to the affluent middle classes and increasingly, as attractions in the new department stores, were on view to passersby who would be drawn in and captivated by their novel actions. Subjects typically were taken from the mysterious, the exotic, or popular entertainment, which explains the many acrobats, clowns, monkeys and dancers that frequently appear in advertisements for the principal makers.

A collection of these rare automata, owned by the singer and actor Roger Daltrey and his wife Heather, are to be offered in our next Fine Furniture & Works of Art auction on 28 September. A highlight of the collection is the musical figure of Pierrot sitting on a crescent moon. The figure strums his lute, nods, and sticks out his tongue while the Moon blinks and moves his mouth. Made by Leopold Lambert, it is as captivating today as it was when it was made, creating the same sense of wonder and enjoyment to those who view it. 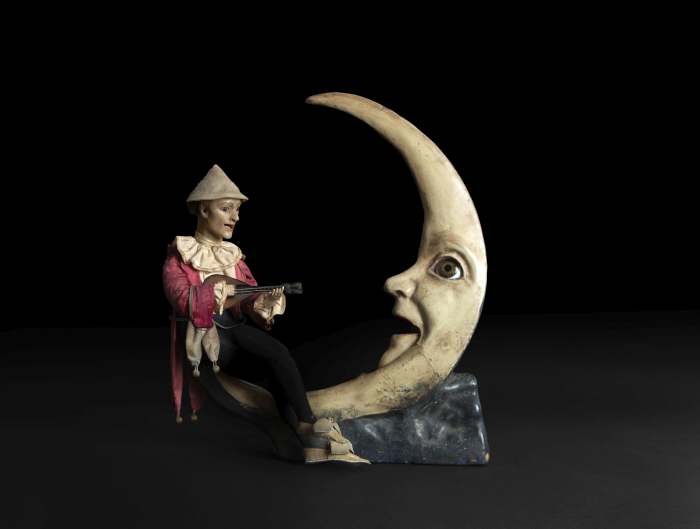 All prices include buyer's premium*