The Contents of Kirkton House

A highlight of our Autumn season will be The Contents of Kirkton House – a remarkable collection focused on the art and design of the late 19th and early 20th centuries including beautiful examples of Gothic Revival, Aestheticism and Arts & Crafts works of art presented alongside a collection of British art, featuring a fine collection of etchings.

Kirkton House sits to the south of Montrose with views down to the Montrose Basin and over to the Grampians.  It was built in 1804 as a manse for the nearby Craig Church.

The Craig estate had been purchased in the late 18th century by Hercules Ross, a close friend of Lord Nelson, and a new neo-Gothick castle, designed by Richard Crichton, a pupil of John and Robert Adam, was complimented by a new church and manse.  The Regency manse, with its turrets and castellation, was extended with wings to the east and west in the mid-1800s. It is now a handsome two storey home restored to its former glory by the current owners over the last 15 years. 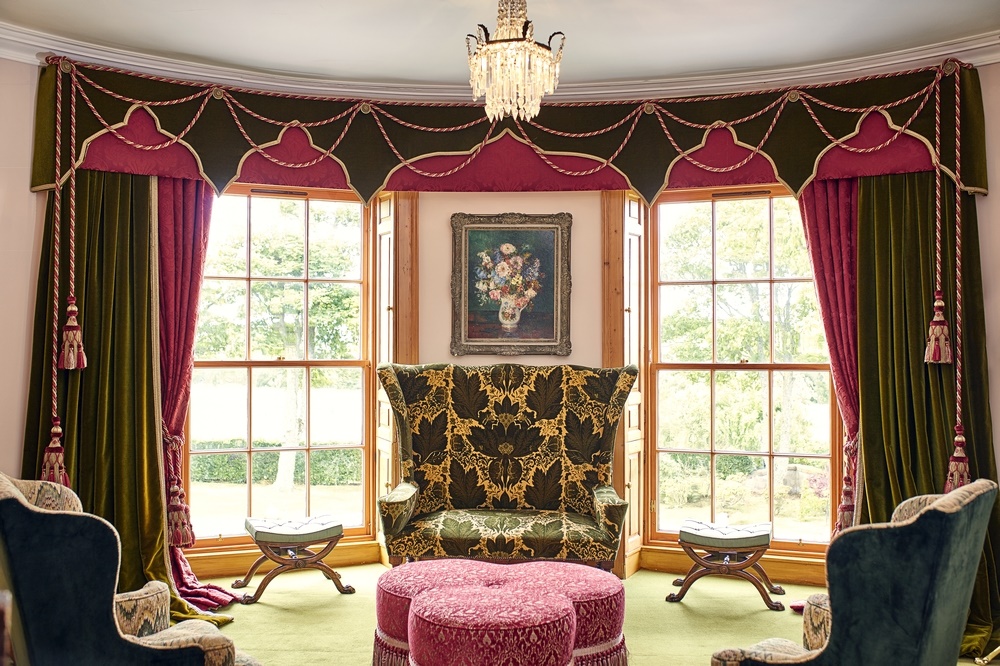 The Drawing Room of Kirkton House

As well as undergoing a complete renovation of the interiors, the house contains a remarkable collection, which demonstrates the owner’s interest in predominately British art, but more especially the art and design of the late 19th and early 20th centuries. The collection follows the arc of 19th century design history and includes works representative of the Gothic Revival, Aestheticism and the Arts & Crafts. Amassed over several decades, many of the works have been purchased in London from leading establishments such as The Fine Art Society, The Royal Exchange Gallery and renowned Arts & Crafts dealer Paul Reeves. 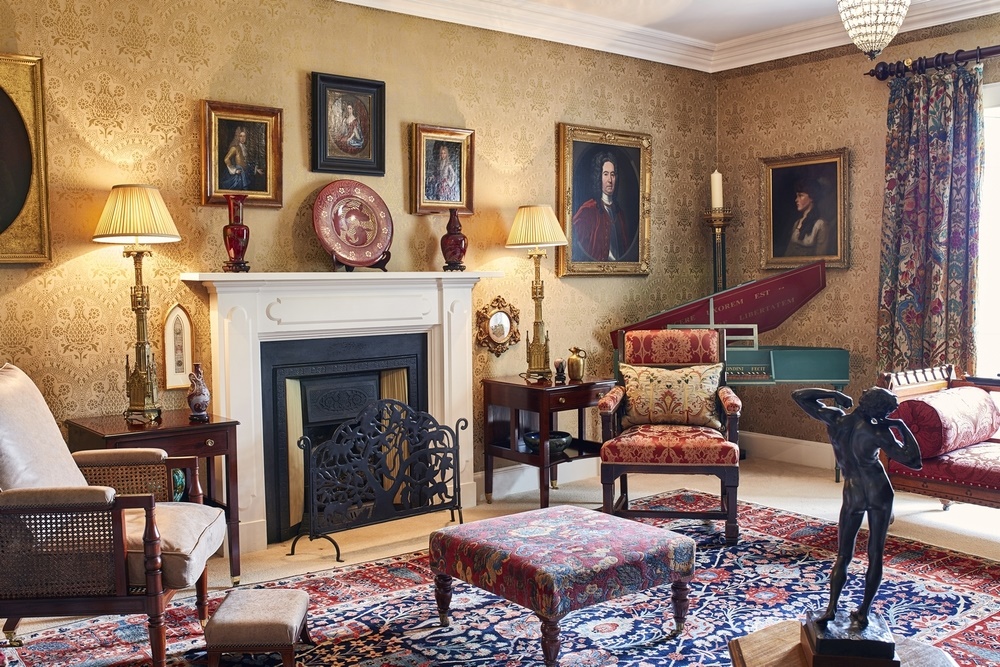 The Music Room of Kirkton House

Whilst the owners were living in London, visits were regularly made to the Royal Exchange Gallery, not for the marine pictures which they specialised in, but the etchings which they also sold. A visit to The Fine Art Society in New Bond Street also cemented interest in this medium. As a result, the collection of etchings takes the viewer on a voyage of discovery through British etching. Gerald Leslie Brockhurst’s print masterpiece Adolescence is a focal point, but all the leading British etchers are represented from Whistler and Griggs to D.Y. Cameron and James McBey, from Samuel Palmer and Robin Tanner to Dame Laura Knight and Charles Nevinson. 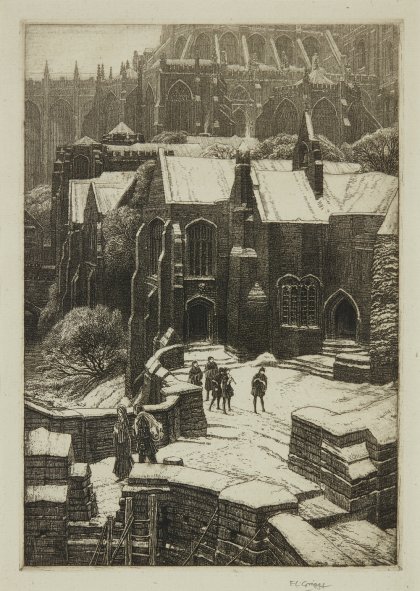 Visits to The Fine Art Society also sparked an interest in the work of the New Sculpture movement of the late 19th and early 20th centuries. One of the highlights of the sale is a rare bronze figure of St George and the Dragon by Gilbert Bayes, with polychrome and gilt decoration, thought to be one of only three in existence. Other important bronzes include The Sluggard by Frederic, Lord Leighton, and important renders by Sir Alfred Gilbert and Hamo Thornycroft.

A wonderful collection of Arts & Crafts ceramics, started when the owners were living in Gloucestershire, is another highlight of the sale. There are over thirty pieces of Pilkington’s Lancastrian lustre pottery; ruby-lustre chargers by William De Morgan and a group of vessels by Sir Edmund Elton. Works from the Arts & Crafts movement feature in other areas: notably a spectacular piano by Charles Robert Ashbee; copper and brass light fittings by W.A.S. Benson; and textiles by Morris & Co. 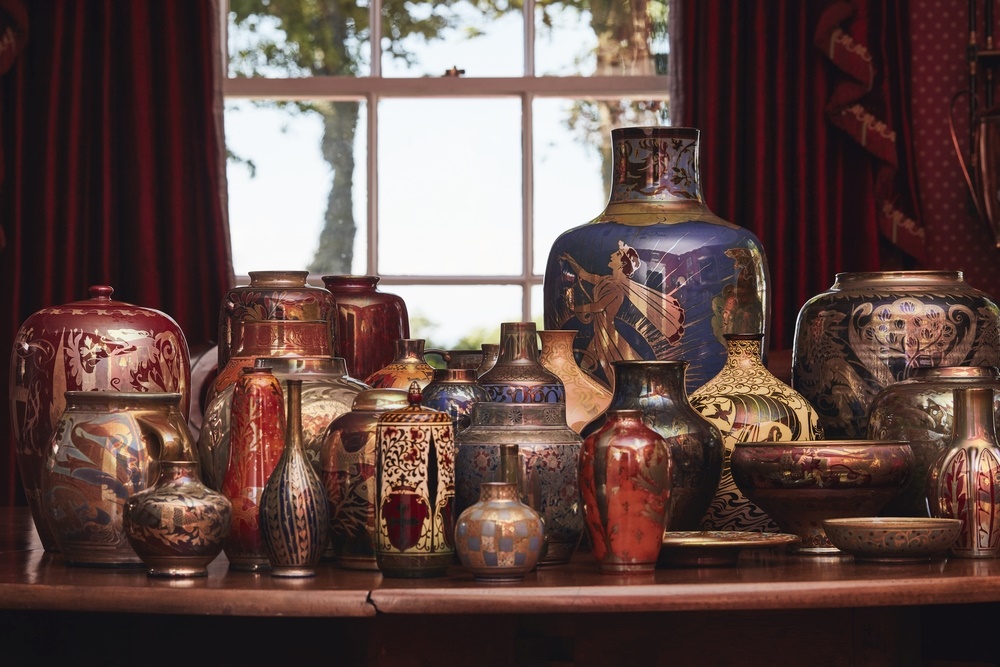 A selection of the Pilkingtons Lancastrian ware

Adorning the walls of the house is a collection of 19th & 20th century British art featuring a charming harbour scene by George Leslie Hunter, an unusual Edward Arthur Walton still-life and a dramatic portrait by Sir Gerald Kelly of his wife Jane. The history and landscape of the surrounding area is brought inside with an outstanding group of watercolours and oils by local artist James Watterston Herald revealing views of Montrose, Arbroath and Forfar. Outside, a scented rose garden and woodland area are the perfect foil for the garden statuary and furniture included in the sale. 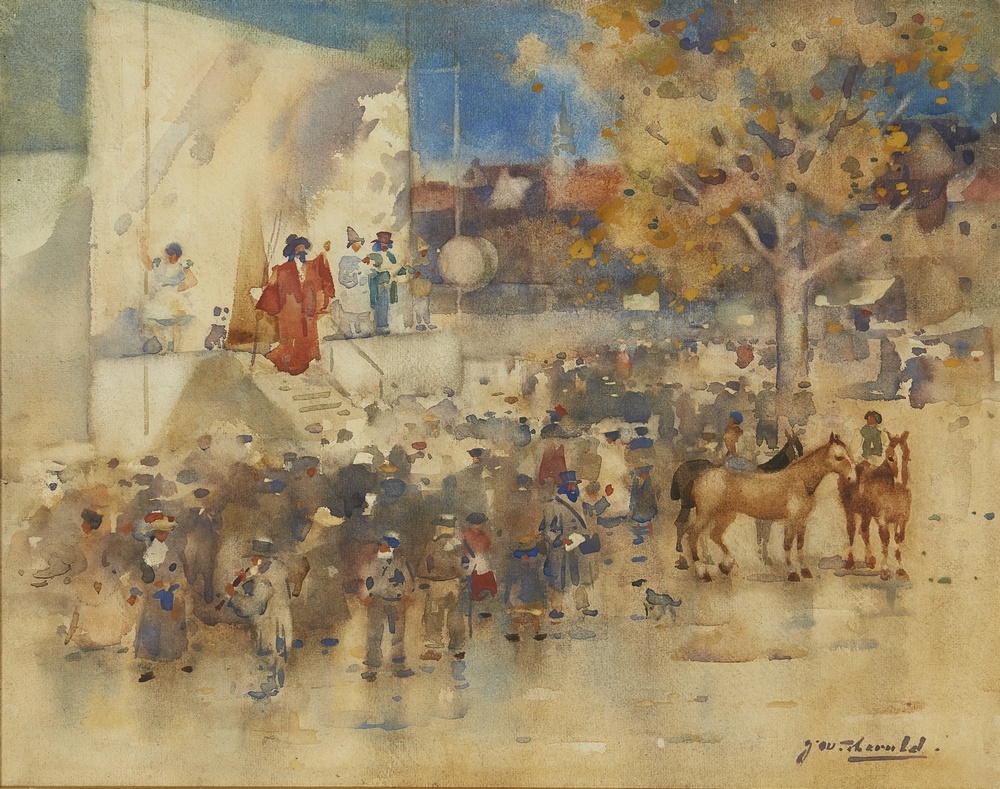 When walking through both the rooms in the house and the beautifully landscaped gardens it becomes quite clear that the interior and exterior of the property has been a well-constructed and considered curatorial project; items complement each other, colours and fabrics have been carefully chosen, and the result is one of beauty and order.