All hail to the King

This newly re-discovered historical portrait of King Malcolm III by George Jamesone will be offered in our next Scottish Paintings & Sculpture auction on 10 December 2015. Art historian, Dr Bendor Grosvenor, tells us more about this rare work.

In 1628, King Charles I announced that he would travel to Scotland in person, to be crowned King of Scots in Edinburgh. He had succeeded his father James I & VI in 1625 - but had yet to visit the land of his birth as king.

The visit didn’t actually take place until 1633, but the delay gave Edinburgh’s Privy Council plenty of time to organise one of the most sumptuous displays of pageantry yet seen in either Scotland or England. To welcome the king, the city organised a triumphal entry, designed to visually reinforce Charles’ right to rule Scotland. Seven arches were to be erected for the king to pass through - and to paint them the city turned to Scotland’s most important artist, George Jamesone. Jamesone had recently moved to Edinburgh from Aberdeen, after establishing himself as the pre-eminent portraitist in Scotland.

To decorate Charles’ route, Jamesone created a series of historical portraits of over a hundred Scottish kings. None of the portraits could be said to be from life, and some even represented fictitious kings (the historical record then was somewhat inaccurate). But the idea was to show that Charles was the latest in a long line of celebrated Scottish monarchs. 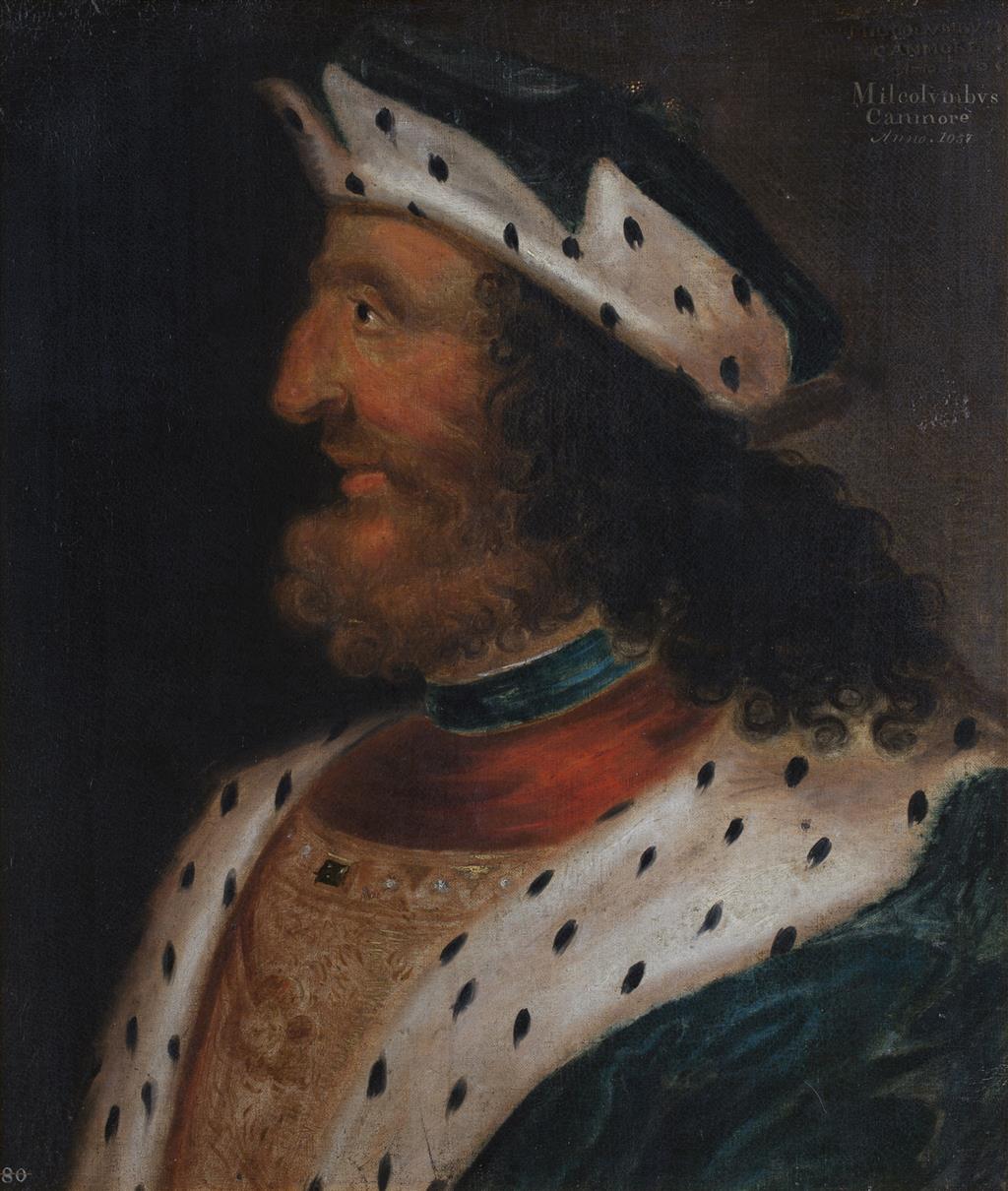 Less than a quarter of the portraits were known to have survived into modern times - and today only a handful are known, such as the portraits of Robert the Bruce and William Wallace currently on display at the Scottish National Portrait Gallery. A group of 26 - the only known examples - were soldfrom the collections of the Marquesses of Lothian at Newbattle Abbey in the 1970s. Most had been stored unloved in an attic, and since then many have lost either their attributions or identifications. The portrait illustrated of Malcolm III was recently re-discovered in California, where it was described simply as a Portrait of an unknown 11th Century, European king.

Malcolm III (d.1093), or Malcolm Canmore as he is sometimes known, was one of Scotland’s most significant medieval kings (and, thanks to his role in Shakespeare’s Macbeth, one of the best known). He lived much of his early life in exile in England, after Macbeth killed his father, Duncan I in 1040. But by 1057 Malcolm had regained control of all Scotland - and personally slayed Macbeth after the Battle of Lumphanan (though Shakespeare erroneously attributes this act to Macduff). Malcolm’s unusually long reign is known as one of consolidation, periodic raids into England, and (partly thanksto his wife, Margaret, Scotland’s only royal saint) a re-orientation of Scotland’s political outlook towards Europe, away from Scandinavia.

Lyon & Turnbull would like to thank art historian Dr. Bendor Grosvenor for his assistance with the research and writing of this article.