Described by Sir David Wilkie as ‘the founder of the landscape painting school of Scotland,’ Alexander Nasmyth was a key figure of the Edinburgh cultural Renaissance at the start of the nineteenth century. We are delighted to offer three lots by Nasmyth in our Thursday 6 June auction of Scottish Paintings & Sculpture in Edinburgh. 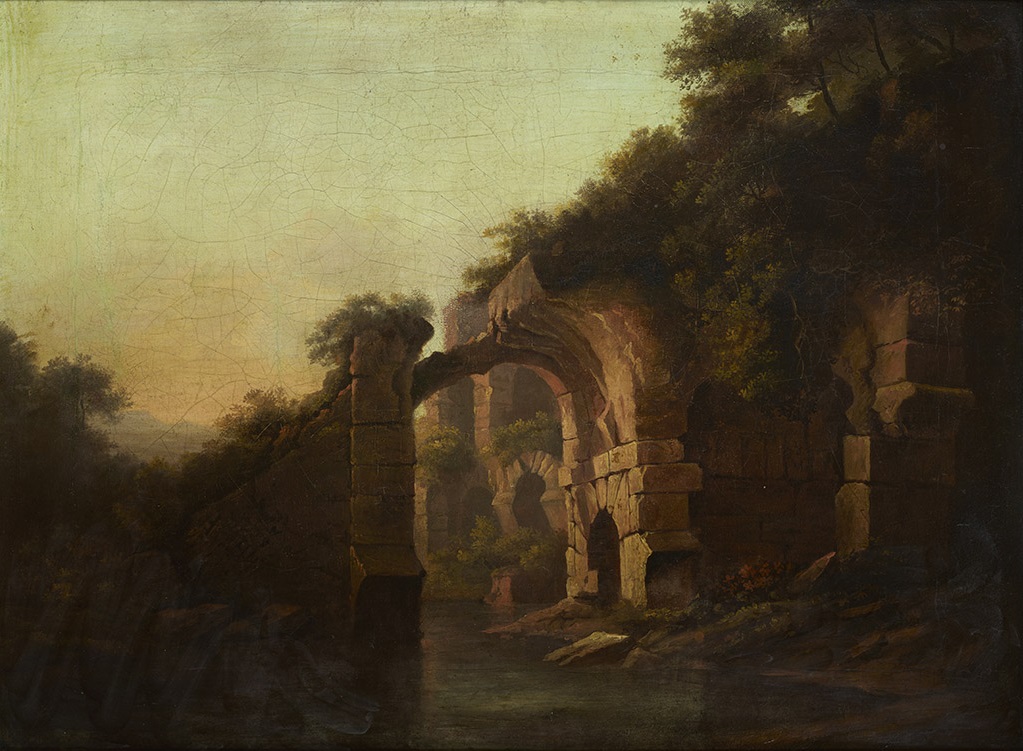 Nasmyth then established his own successful portrait practice and developed a particular niche painting conversation pieces, often family groups in front of their residence and grounds, a combination of the two aspects of his training and talent and also an acknowledgment of his further personal interest in architecture. Two years in Italy allowed him to further develop his landscape approach, often including an architectural element, as seen in the crumbling arch within the Italian scene offered here. In this, Nasmyth’s meticulous depiction of the details reveals the delicate beauty of the vignette; it is expertly framed within his distinctively patterned leaves with a distant landscape unfolding beyond, a method of layering and framing that he repeats regularly and successfully in much of his work. Yet he only turned fully to landscape in Edinburgh around 1792 as portrait commissions began to reduce, possibly due to his increasingly severe political views being incompatible with those of his potential subjects.

LOT 15 | ALEXANDER NASMYTH R.S.A. (SCOTTISH 1758-1840)
A BRIDGE WITH EDINBURGH CASTLE IN THE DISTANCE
Indistinctly inscribed and dated on the backboard 'taken by Mr Nasmyth Senior for John Cockburn Ross Esq, 1788'

A key figure of the Edinburgh cultural Renaissance at the start of the nineteenth century, Lyon & Turnbull are delighted to be offering two further lots of work by Nasmyth within the Scottish Paintings & Sculpture auction. The pair of oval paintings offered pre-date his change away from portrait commissions, and are his earliest dated landscape paintings. They remain unusual, and possibly unique pieces within his oeuvre, small scale and executed in oil on copper; a medium known for its capacity to exhibit both delicacy and luminosity. Nasmyth’s technique remains delicate and considered, with a lovely handling of light in both scenes. 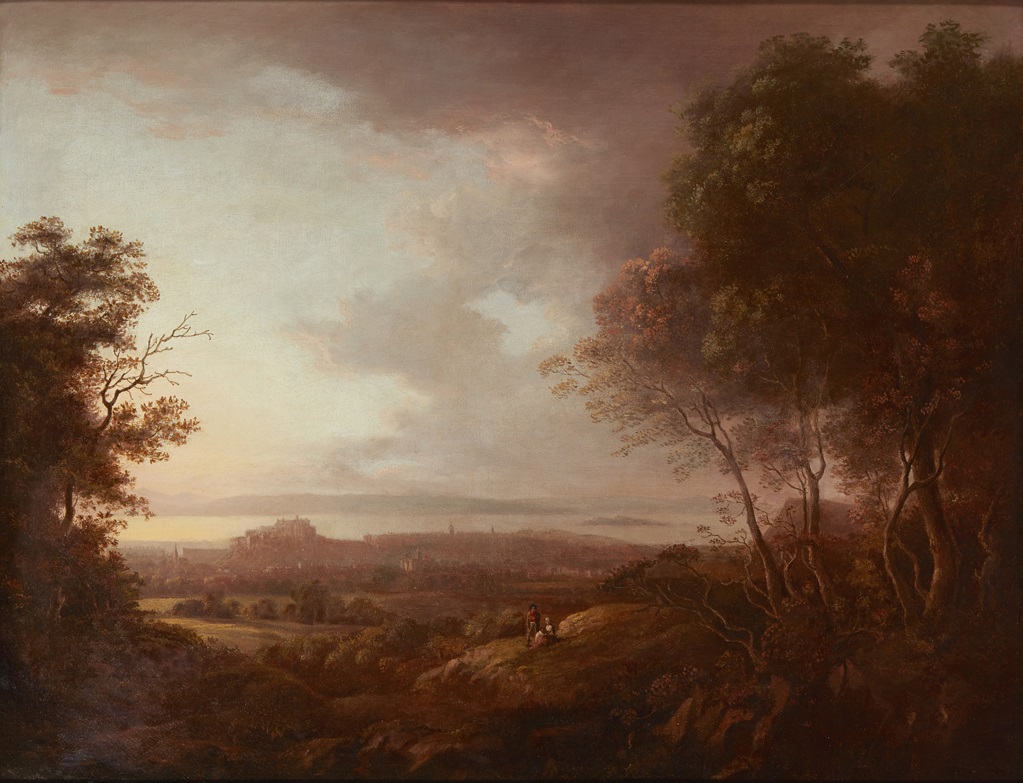 View of Edinburgh from Blackford Hill is a particularly Scottish view, capturing the rugged and distinctive topography that characterises the capital city, and the stretch of water and landmass of Fife that unfolds further North. Nasmyth’s talent for balance and perspective across a composition is revealed as these different landscape layers unfold from the countryside setting where we stand and view. With a prestigious provenance, having recently been on loan to and exhibited at the National Galleries of Scotland, this is a true slice of Scotland.

We are delighted to offer three lots by Alexander Nasmyth in our Thursday 6 June auction of Scottish Paintings & Sculpture in Edinburgh.