A key exponent of Stile Liberty or Art Nouveau, Italian master Alessandro Mazzucotelli was known for his wrought iron designs. We are delighted to present a selection of wrought iron lighting examples in our forthcoming auction of Design Since 1860.

Alessandro Mazzucotelli was born into a wealthy family of blacksmiths who founded their wealth on the need for iron during the wars of the 18th and 19th centuries. When he was eighteen the company fell on hard times and he moved to the Milan to complete his apprenticeship at Defendente Oriani. In 1891, six years later, he left the company and began to focus on his own work. Most of his designs were for decorative features for buildings and his work took him from Italy to Germany and even to Thailand, where he provided ironwork for the buildings of the architect Annibale Rigotti in Bangkok. 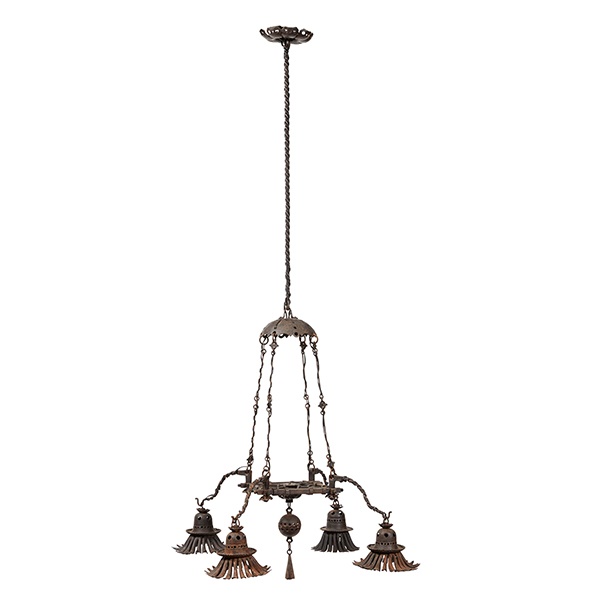 His style was initially influenced by the Stile Liberty, which he explored during his travels through Europe with the Italian furniture maker Eugenio Quarti. He took inspiration from the ideas of artists such as Burne-Jones, William Morris and Walter Crane in England and Émile Gallé in France. 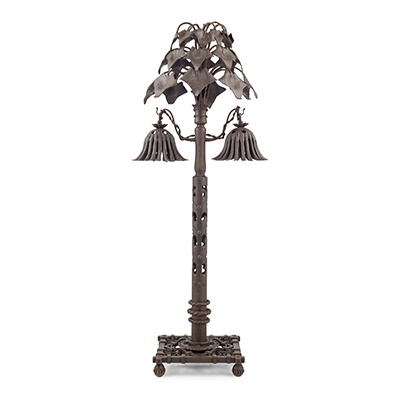 Mazzucotelli made his name at the International Exhibitions starting in Turin in 1902, Brussels in 1910, Paris 1925 and many others. He also became a regular lecturer at the crafts school of the Società Umanitaria. Examples of his work can be seen today, particularly in Milan, and include the balustrades and handrails of the Palazzo della Borsa (1907) and the street lights in the Piazza del Duomo (1927-28).

This April, our Design Since 1860 auction will include a group of examples of ceiling and wall lights in wrought iron (Lots 439 - 442) from a Private European Collection of Design.

View the works by Mazzucotelli ⇒