We are honoured to present an extensive archive of personal letters and diaries by a decorated army officer, who served with great distinction in the Gordon Highlanders during a 25-year career, in our forthcoming Autumn auction of Rare Books, Manuscripts, Maps & Photographs.

Containing detailed accounts of battles and engagements written more or less on the spot, this remarkable collection provides an immediate eyewitness account of some of the most studied and famous actions in British military history, and tells the story of a talented young officer, his progress from subaltern to senior field rank, and his distinguished leadership of men on and off the battlefield. 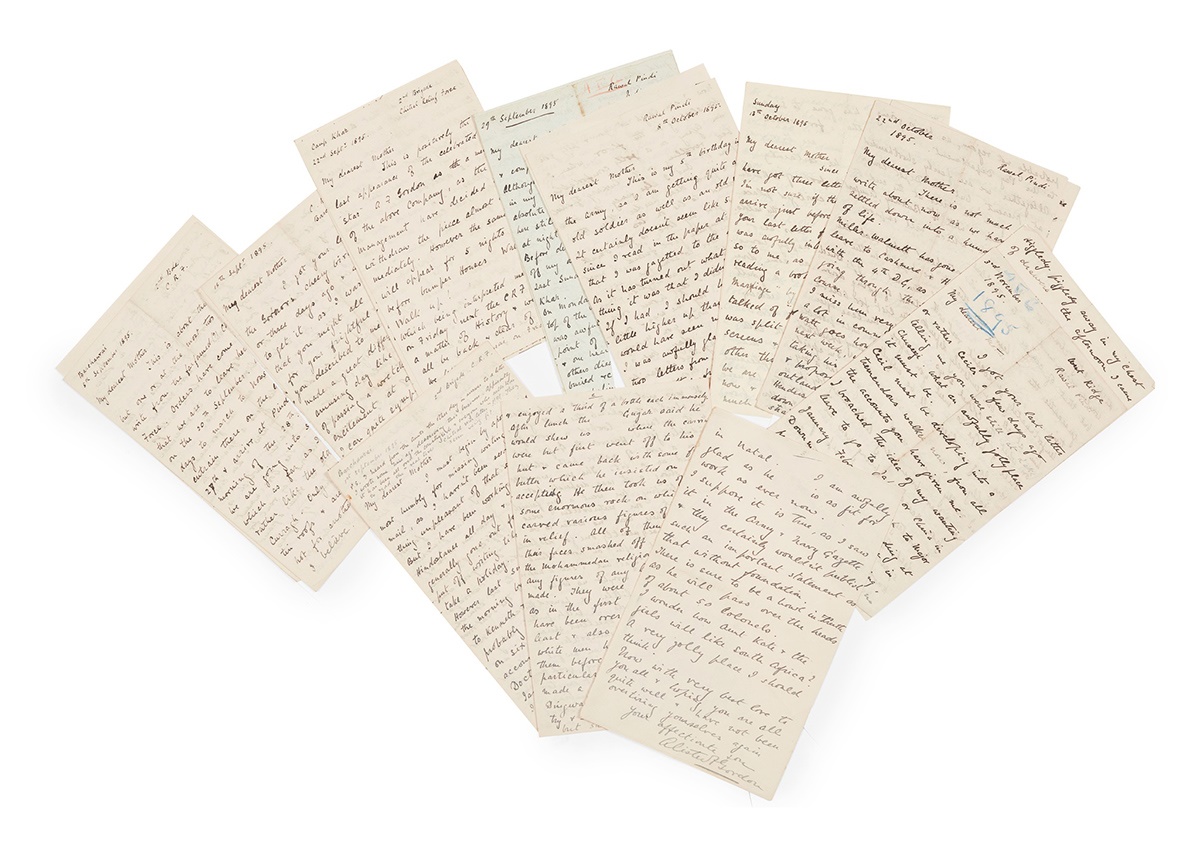 Brigadier-General Alister Fraser Gordon CMG DSO (1872-1917) was born in Inverness-shire and commissioned into the Gordon Highlanders on leaving Sandhurst in 1890. Travelling with his regiment to India, he arrived just too late to see action in the Chitral expedition of 1895, but soon found himself in the thick of the Tirah campaign of 1897-8, in which British arms were pitted against the Afridi in the mountainous terrain surrounding the Khyber pass. In one of the most remarkable actions of the conflict, the storming of the heights of Dargai, Gordon, a young lieutenant, was the first officer to lead his company across the enemy’s line of fire, a feat recounted with conspicuous modesty in a letter to his mother:

‘The colonel gave the signal and I simply said “Ready” and “Come”, and dashed across the opening doubling myself up as much as possible and not looking at anything. I didn’t draw either my sword or revolver but simply grasped my stick. It was a hell but somehow Providence seemed to ward off the bullets and one forgot everything!’ 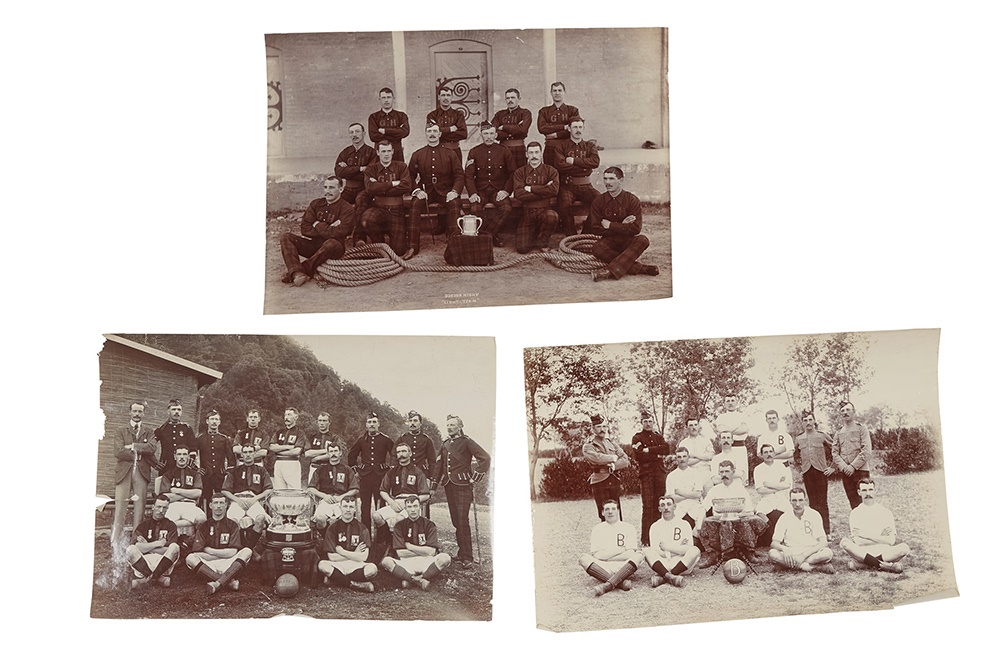 Promoted captain in 1899, Gordon travelled to Africa, where he was awarded the DSO for his role in the Third Ashanti Campaign and served in the Transvaal in the Second Boer War before returning to Britain. With the outbreak of hostilities in 1914 he was posted to France, where in 1915, and now a lieutenant-colonel, he was severely wounded in the Battle of Festubert. Having been mentioned in dispatches six times for his service in France alone, he was conducting a front-line inspection during the Nivelle offensive in July 1917 when his trench received a direct hit from a German shell, and Brigadier-General Gordon died of his wounds two days later.

An extraordinary record of a soldier’s life during in the final stages of British imperial expansion, the collection has never before been presented to the public and is being sold by the direct descendants of Alister Fraser Gordon.