The design for this magnificent statuary marble chimneypiece, which combines French influences with mid-18th century Georgian features in the 'picturesque' manner, is representative of the English Rococo period. The chimneypiece unites strong Palladian influences with the softer, more sinuous lines evolving in the middle of the 18th century and relates to the 'Basso Relievos' and monuments executed around 1750 by the celebrated sculptor Sir Henry Cheere (d. 1781). The very fine carving of the morning glory and floral sprigs spreading out from the central 'pelta' scroll cartouche suggest themes of Dawn, Springtime, and the Feminine, while the bold corner pilasters with their Roman Ionic whorls, cartouches, and triumphal palms speak of the Masculine, drawing on Classicism and Palladian themes.

The chimneypiece was installed in the Octagonal Drawing Room of Minto House, in Roxburghshire, by the decorators W. Turner Lord & Co., 120 Mount Street following their estimate for works at Minto dated 18 September 1891. The history of Minto House reads like a who's who of Scottish architecture: the original 16th century tower was enclosed in a house designed by William Adam circa 1740, expanded by Archibald Elliot at the beginning of the 19th century, further altered by William Playfair in 1837, and finally enlarged by Robert Lorimer at the end of the 19th century. Its floorplan had an unusual V shape, with two large blocks radiating out from a central axis containing an entry hall, stair and octagonal drawing room. Owned for several centuries by the Elliott family and the Earls of Minto, the house, like many houses throughout the country, suffered in the post-war years. From 1952-1966 it housed Craigmount School for girls, after which it sat empty and neglected, slowly sliding into disrepair. Despite objections from historical authorities, Minto House was demolished in 1992. 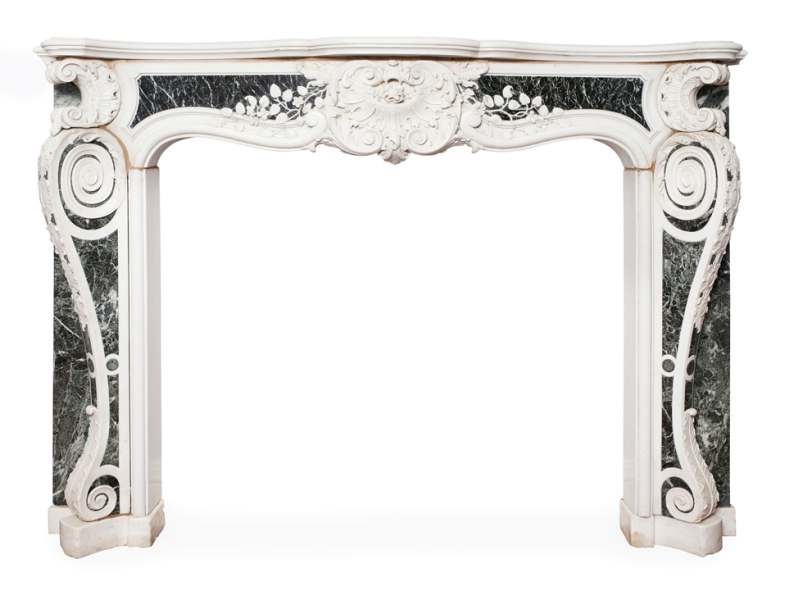