https://www.lyonandturnbull.com/auction-calendar/Edinburgh made clocks that predate 1700 are exceedingly rare. This William and Mary rosewood, ebony and boxwood month-going long case clock by Andrew Broun [or Brown] is a scarce example of his masterful skill.

Edinburgh made clocks that predate 1700 are exceedingly rare. Andrew Broun [or Brown] (circa 1651-1712) was apprenticed to Humphrey Milne on 2nd February 1665. His apprenticeship was recorded thus "The second day of February 1665. The quilk day, Andro Broun, sone lawfull to umquihil Jon Broun, in Lang Newtone, is booked prentice to Umpra Milne, clock maker." Ten years later he officially ended his apprenticeship after demonstrating his skill to a committee of clockmakers and became a freeman of the Hammermen's Incorporation. He then took on several apprentices and journeymen himself throughout his career. He became Captain of the City Guard in 1685 and Master of the Hammermen's Incorporation in 1689.

In 1689 and 1690 he was elected boxmaster [treasurer] of the Hammermen's Incorporation and in 1696 he became a Guild brother of Edinburgh. Although recorded as a highly capable maker, he apparently died penniless, with his son applying to the Incorporation for financial assistance on his father's death. 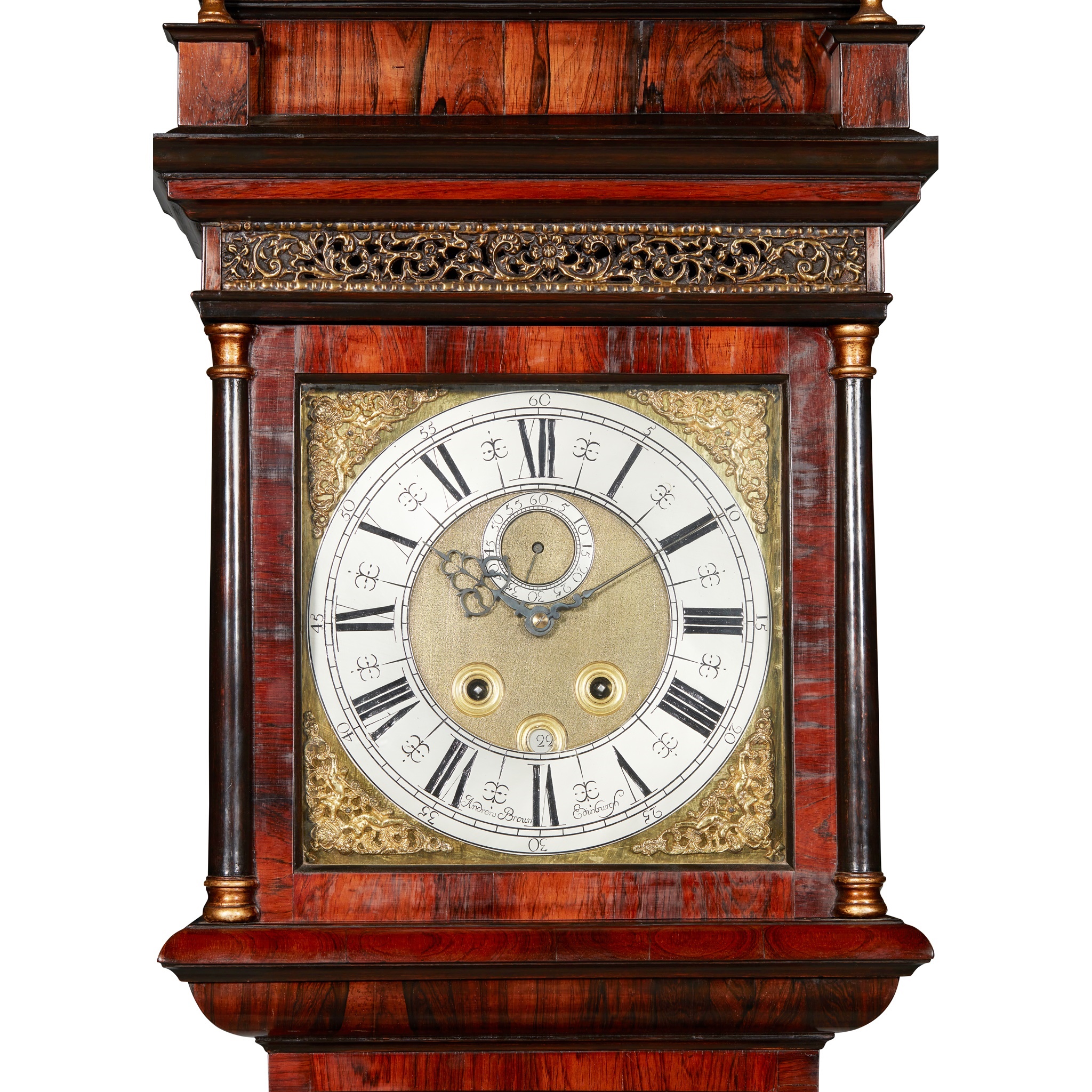 John Smith, author of Old Scottish Clockmakers from 1453 to1850, states "In view of the long time he was in business, - thirty-five years - it is remarkable how exceedingly scarce are specimens of his art, only three have come under our notice: one being the splendid clock in the lobby of the advocates library, another that was exposed for sale in the window of a dealer in Queen Street Edinburgh, both these two having cases of beautiful and chaste marquetry; and the third one in possession of a private party in Linlithgow".