World auction records were broken at our inaugural MODERN MADE auction in London on 27 March. The innovative sale of 270 lots of British and international post-war art, sculpture, design and ceramics held at the Mall Galleries received plaudits from the dealing and collecting community as it posted a total of £1m (including premium).

Leading the auction was Malaysian modernist painter and poet Abdul Latiff Mohidin's Growth I. Acquired by the north of England vendor in London in the early 1970s, Growth I, signed and dated 1968, was sold at a record £245,000 to a phone bidder against an underbidder in a busy saleroom. The 2ft 6in (77cm) square oil dates from the latter part of Mohidin’s so-called Pago Pago period that brought him his first wave of international recognition. Similar works had been included in an exhibition at the Pompidou Centre in Paris last year.

Sold for £71,250, another world auction record for an artist, was Untitled 1960 by American Abstract Expressionist Ray Parker. This large oil on canvas of three black, aubergine and salmon pink cloud-like forms set against an off-white background, dates from a key period in the artist’s career that would lay the ground work for the Colour Field and Minimalist movement in the later 1960s. “There is a lot of energy behind Parker at the moment. It hit the market at the right time”, commented associate director and head of sale Philip Smith.

International works rubbed shoulders with important names from the canon of modern British and contemporary British artists. Tracy Emin’s white and blue neon sculpture I Know, I Know, I Know (2007) from an edition of three took £50,000 while David Hockney’s print from the 1980 Paper Pools series (number 873/1000) made a punchy £25,000.

Sold at £12,500, Rags to Polyester, a playful 2014 re-working of a Penguin book cover by writer and artist Harland Miller, led a group of 15 works consigned by one of London’s oldest charities, The House of St Barnabas. The Grade I-listed Soho townhouse operates as a private members club with a difference; combining a not-for-profit creative and cultural space with an Employment Academy for people affected by homelessness. A small fraction of St Barnabas holdings of work donated by established and emerging contemporary artists were being sold to raise funds and awareness for the charity’s work 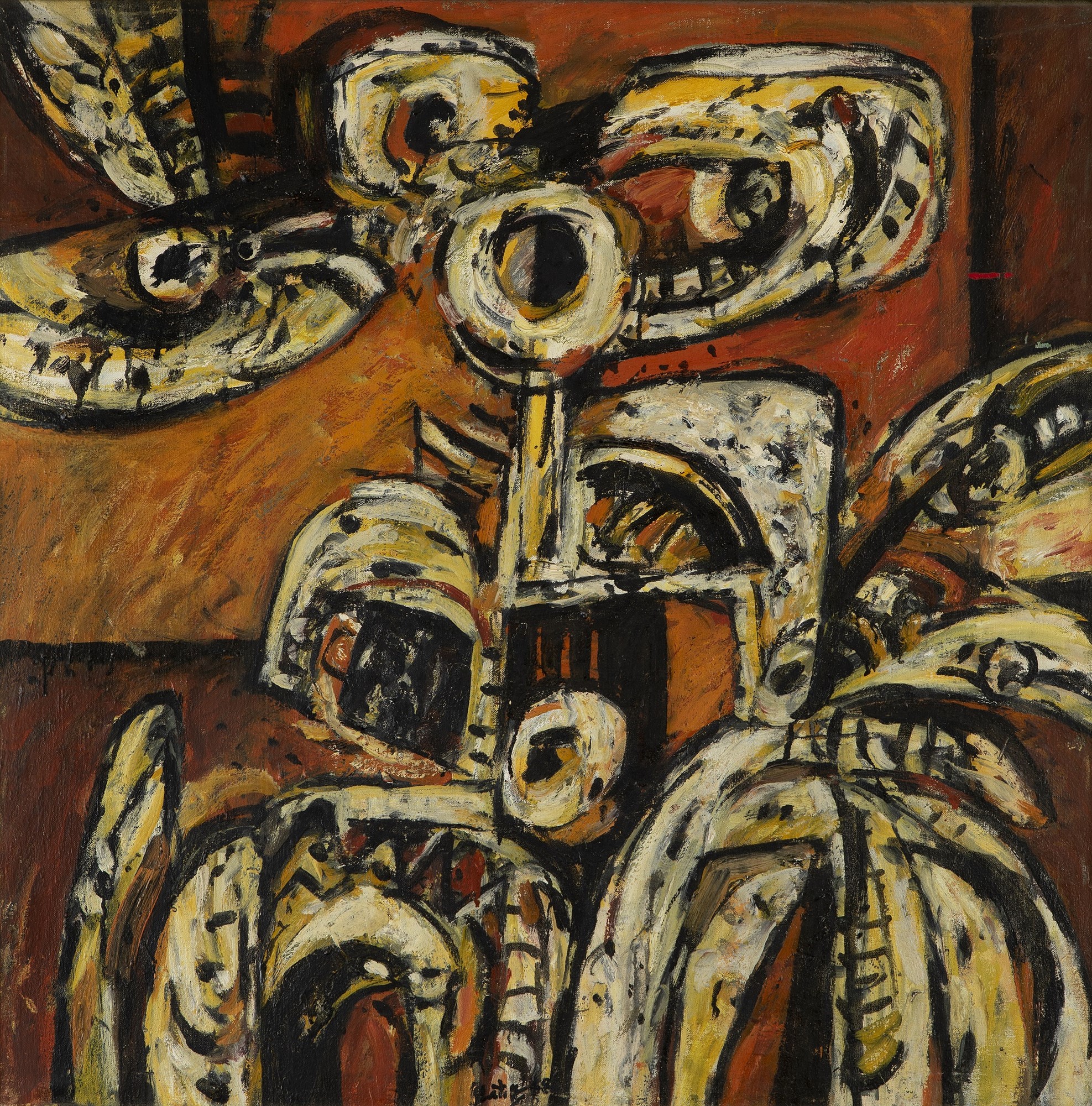 Mixing both British and international artists, MODERN MADE also blended works across a range of mediums from studio ceramics to silver and jewellery design.

Historically, studio ceramics were seen as the poor cousin to fine art and sculpture. However, in the last five years a shift has taken place. “Slowly terms such as ‘fine art’ and ‘craft’ have dissolved and the medium of studio ceramics now appeals to a much wider and more international audience.” says Philip Smith

The sale enjoyed a near sell-out selection of works by Dame Lucie Rie that ranged from a group of 34 pressed glass buttons made when she arrived in London as an Austrian émigré in the 1940s sold for £2,750 to a graffito decorated conical bowl c.1972 in white, amethyst and manganese glazes that doubled estimate when it sold for £35,000. Both lots were fresh to the market, the former acquired from the artist’s Albion Mews studio, the latter bought by the vendor at the Primavera gallery in Cambridge in the 1970s.

The pottery of Jennifer Lee, winner of the 2018 Loewe Craft Prize, has reached new heights in the past year. Here an early work, the 20cm high Papoose Vessel, sold at £8,125. This piece, the clays coloured using oxides and underglaze colours, was made in January 1982, whilst Lee was in the second year at the Royal College of Art.

Through his work with the Madoura Pottery, Pablo Picasso too played an important role in the revival of the artisan potter. His Tête de chèvre de profil (Goat’s head in profile) a 40cm dish designed for Madoura in 1952 sold to an online bidder for £13,750. Stamped and marked 'Madoura Plein Feu, Empreinte Originale de Picasso’ it is one from an edition of 100.

Popular too was a cross-section of works by Wendy Ramshaw, the influential Sunderland-born jewellery designer who died in December last year. The doyenne of British post war jewellery design first made her mark with humble paper jewellery sold through Mary Quant’s London Bazaar in the Swinging Sixties (here a paper and steel fan form brooch sold at £350) while examples of her trademark stacking ring sets, the first created in 1967, sold for up to £1375.

A pair of cut steel table screens - 40cm square maquettes for a pair of double screens Ramshaw created for the staff restaurant at the Victoria and Albert Museum in 1996 - sold for £4,250.

Illustrating the burgeoning market for 20th century art and design, the sale enjoyed a 78% selling rate with more than one third of sale participants new to the auctioneers.

*All result prices include premiums.