Lyon & Turnbull’s Contemporary & Post-War Art auction on 15 March features a range of artwork by Scottish and international artists, with estimate ranges to suit all budgets.  Our Head of Contemporary Art, Charlotte Riordan, introduces some of her highlights from the auction. 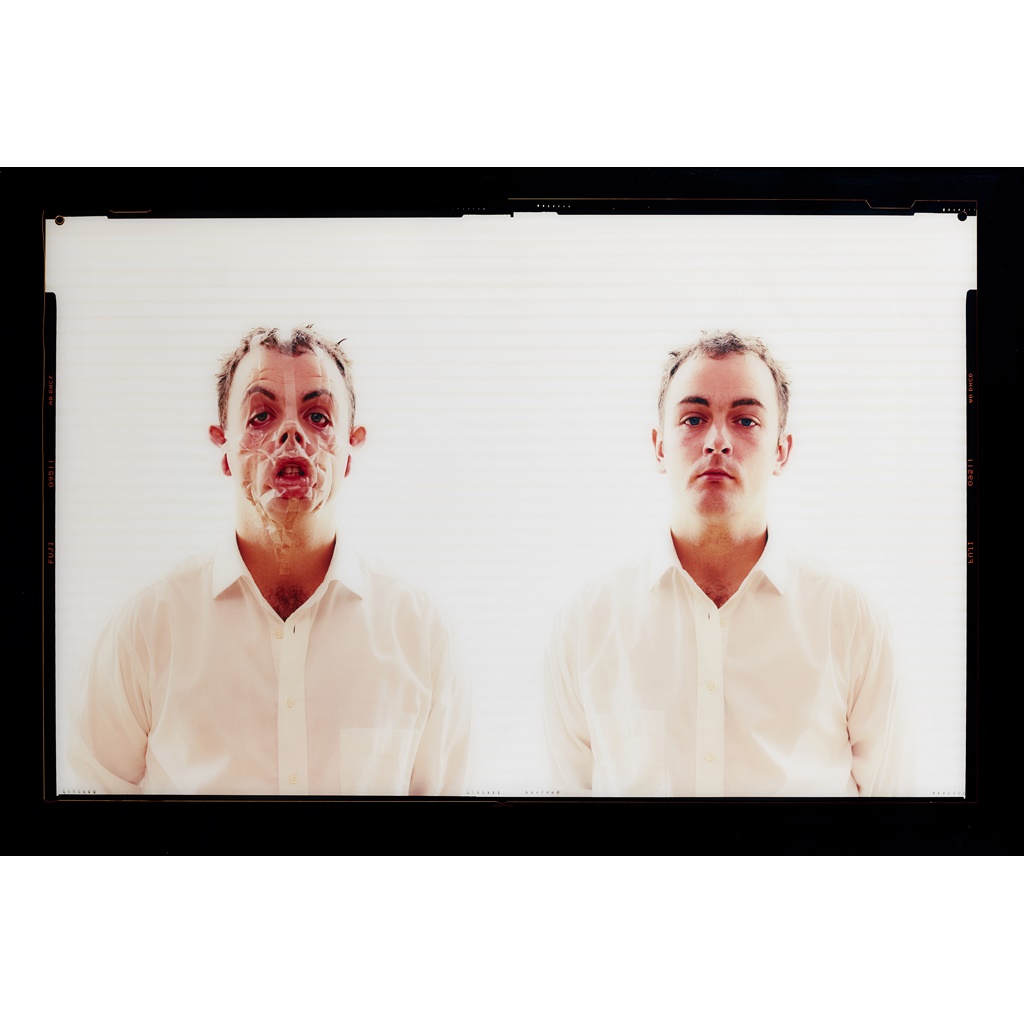 In Monster Reborn Douglas Gordon depicts himself twice, once in a straight portrait, and then again in a distorted view, where, dressed and staged completely the same, his face is distorted using sellotapte. This creates a striking duality between the presentable, rational man and a monstrous other, held within the same body. Beyond that Monster Reborn is a 2002 re-interpretation of one of Gordon’s previous artworks, 1996’s Monster. In this re-working the artist has reversed the order of the photographs, so now the monstrous self-depiction appears first, on the left-hand side. Raising the question, did the monster come before the man?

Although Monster Reborn is particularly self-referential, mostly Gordon references other cultural phenomenon in his art, the best known being his video installation 24-Hour Psycho, where he slowed down Alfred Hitchcock’s feature film Psycho, until it lasted 24 hours, warping any sense of suspense created by the original. The duality of experience is also a key focus for Gordon, particularly internal conflict between the self and other, and our rational and monstrous traits. It has been argued that this focus is a particularity in the Scottish cultural psyche and can be traced back to literary texts such as The Private Memoirs and Confessions of a Justified Sinner by James Hogg and The Strange Case of Dr Jekyll and Mr Hyde by Robert Louis Stevenson. In his artistic practice, Gordon is exploring its contemporary relevance, both personally and visually.

Douglas Gordon trained at Glasgow School of Art and the Slade School of Art, before winning the Turner Prize in 1996. He now lives and works in Berlin, Glasgow and New York. Monster Reborn features in the collection of the National Galleries of Scotland. 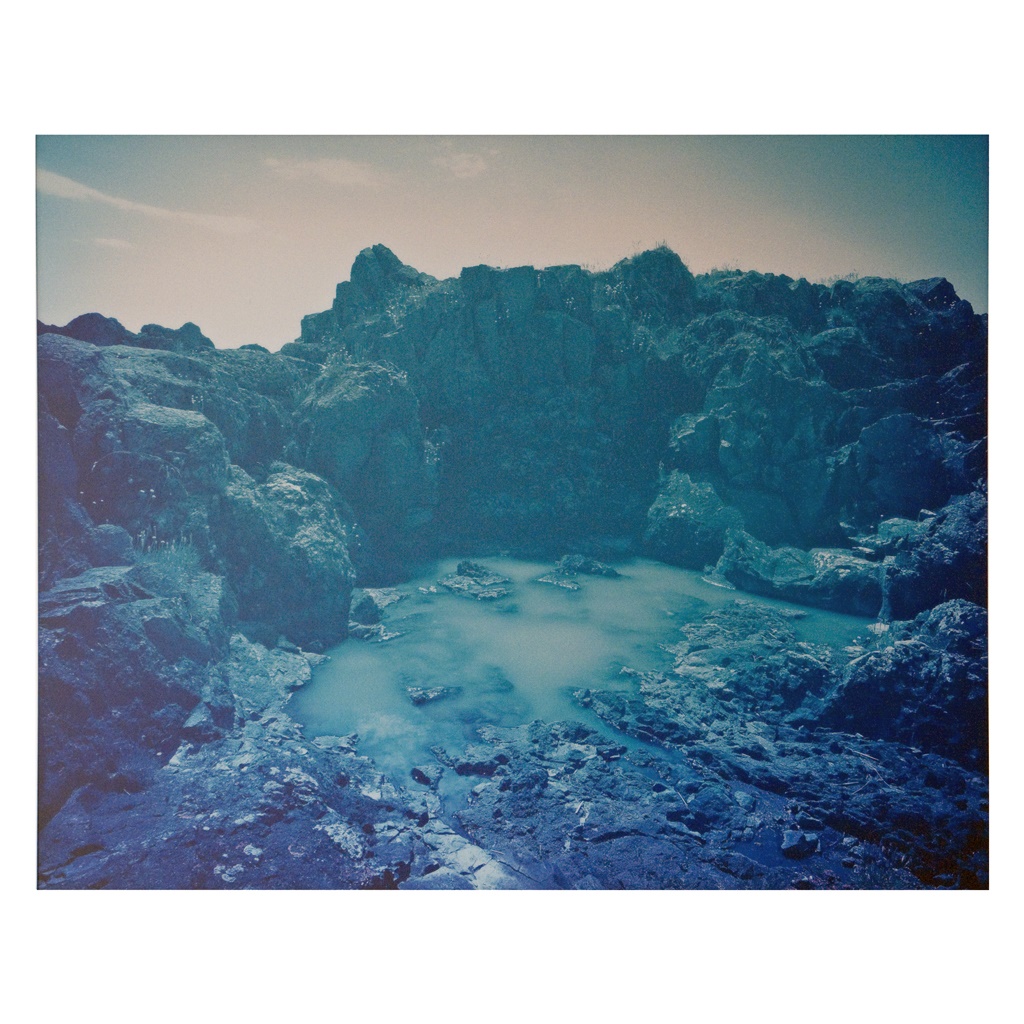 Scottish born and based artists, Matthew Dalziel and Louise Scullion, have been working collaboratively since 1993 and now run an Environmental Art Practice from the University of Dundee. They have exhibited internationally, and received high-profile commissions as part of the British Art Show and Venice Biennale.

In their own words, Dalziel + Scullion’s artistic practice is interested in ‘new artistic languages around the subject of ecology,’ and their work ‘strives to visualise aspects of our shared environments from alternative perspectives and to re-establish and re-evaluate our engagement with the non-human species we live alongside.’ They use a range of media to stimulate this engagement, across photography, sound, sculpture and video, and both bringing aspects of nature into the gallery/studio and placing their works in the context of the natural world.

In the offered artworks, Dalziel + Scullion bring beautifully detailed photographs of specific landscape elements into the realm of contemporary art, by presenting them as large-scale lightboxes. This inherent juxtaposition of natural and synthetic is a distortion of our expectation of experiencing landscape, and immediately offers a new perspective for thinking about the natural world. This alteration of our perception of nature is extended through the focus of the photographic lens; narrowing our gaze down to small-scale specifics. The viewer experiences an awesome sense of the magnitude of the land, its depth, history and endurance, but this is revealed in a specificity of focus, rather than the dramatic, panoramic landscapes that are often associated with human awe in the face of natural beauty and magnitude. 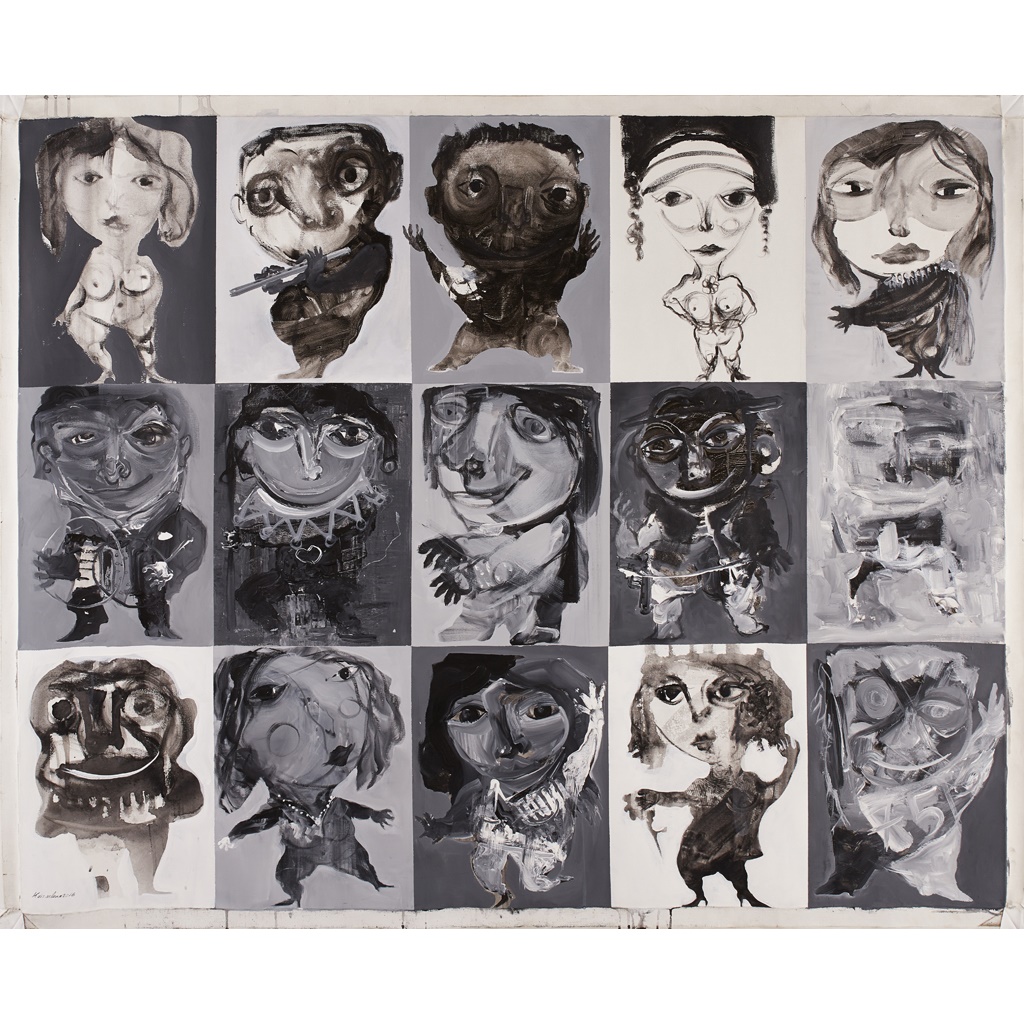 Born in Syria in 1976, Kais Salman currently lives and works in Beirut. Painting in an abstracted, expressive style in a limited palette, his practise is described as a satirical subversion of 'the normalisation of greed, vanity, and ideological extremism that is rapidly defining our era', with topics including, 'terrorism, consumerism, cosmetic surgery, religious fanaticism, imperialism, and the voyeurism of the digital age'. 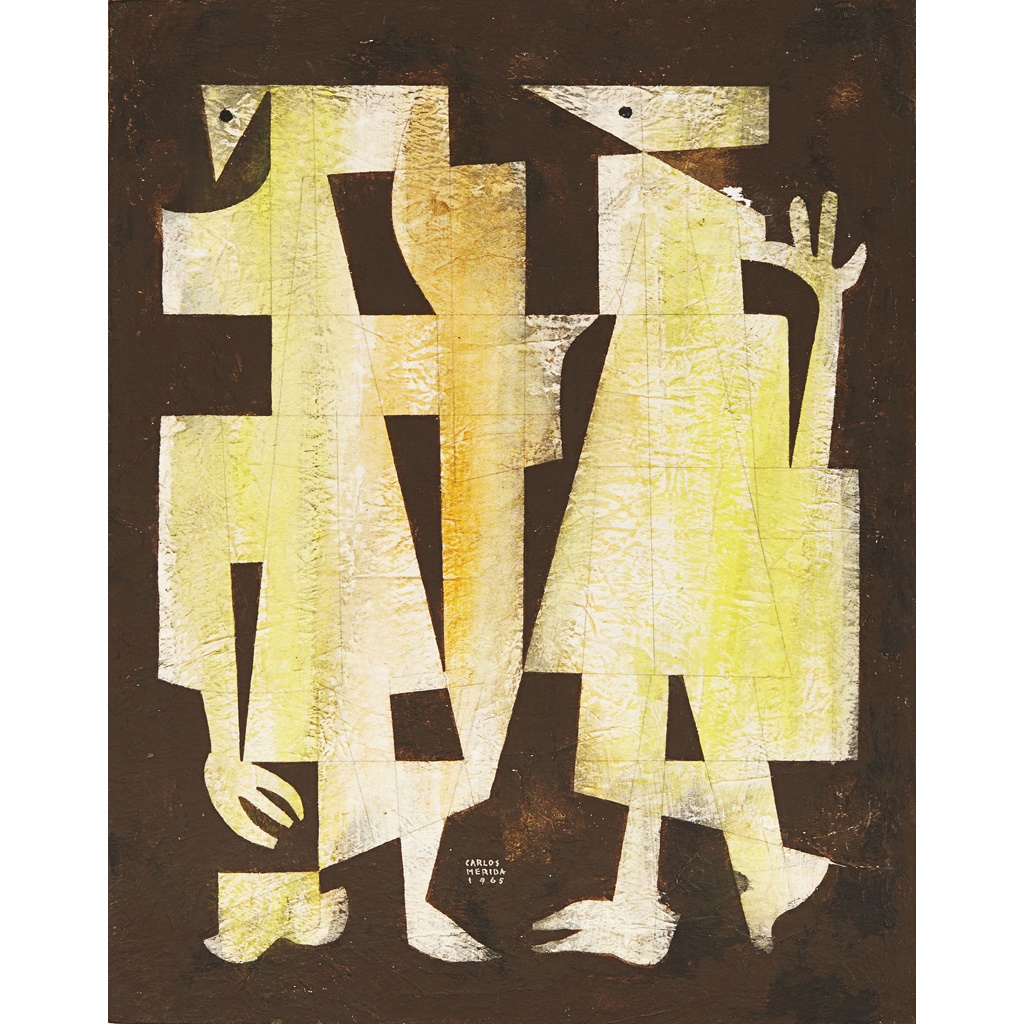 Carlos Mérida is one of the most celebrated of Latin-American 20th century artists. Although music was his first love, he resolved on a career as an artist. While a student he began to make contacts among the intelligentsia, including Jaime Sabartés (the biographer of Picasso) and the painter Carlos Valenti. He was helped by Sabartés to organize his first one man show in Guatemala city in 1910.

Mérida travelled to Paris with Valenti in 1910 and while there met members of the artistic community including Picasso, Mondrian and Modigliani and the Latin-American artists Diego Rivera and Angel Zarraga. He remained in France until 1914 and the outbreak of war, at which point he returned to Guatemala and began to engage with its folklore. In 1919 he married a Mexican and moved permanently to Mexico. Mérida’s first exhibition in Mexico was in 1920 at the Escuela Nacional de Bellas Artes. In that same year, he exhibited in the United States at the Hispanic Society of New York. Joining an artists’ group, the Renacimiento Mexicano (Mexican Renaissance) he went on that same year to work with Rivera as an assistant at the Bolivar Amphitheatre in Mexico City, and with Rivera, Orozco, and Siqueiros founded the Union of Workers, Technicians, Painters and Sculptors.

Mérida constantly experimented with techniques and his work can be divided into three periods: a figurative period from 1907 to 1926, a surrealist period from the late 1920s to the mid-1940s and from 1950 until his death, a geometric period. In 1927 he again visited Paris, staying for two years and while there took on board Surrealist influences, in particular from Klee, Kandinsky and Miro. During this Surrealist period he experimented with abstraction, making him almost unique among Mexican artists. Although influenced by the Europeans, he maintained his belief in an indigenous Latin-American art firmly rooted in the Mayan and Aztec civilizations, along with the colonial period. His later works fused elements from the Mayan world with geometric abstraction and he also integrated into many of his smaller-scale paintings the indigenous Mexican "papel amate" (bark wood paper).

In 1957 Mérida won the acquisition prize at the IV Bienal de São Paulo, Brazil and in 1958 received Order of Quetzal from the Guatemalan government. His first retrospective was in 1966, an in 1980 he received the Orden del Aguila Azteca from Mexico.