"There need be no gap between the idea and its realisation"

We are delighted to offer a collection of prints in Lyon & Turnbull’s 16 March Post-War & Contemporary Art auction, that were produced for the exhibition Fourteen Big Prints, organised by Bernard Jacobson and held in his gallery in 1972.

Jacobson had decided to invite a variety of contemporary artists who he had known for a long time, and whose work he thought would look good on a large scale. His intention was that the exhibition would draw a new audience to contemporary art, in the hope that "perhaps one day the general public will realise that art didn’t in fact end with Van Gogh."

The catalogue included comments and correspondence from each of the artists or their peers on the artistic process and included work.

"This print is the most recent in a long line of pictures using post-cards as an image, and often making some sort of comment on “reality.... A glimpse at the usually private world of the artists studio."

"In the production of a print there need be no gap between the idea and its realisation – there is no . . . physical presence of the artist, it is almost untouched by human hand, and yet may remain both intimate and intense"

"I think the biggest need of the painter or writer today is information. I’d love to have a tickertape machine in my study constantly churning out material: abstracts from scientific journals, the latest Hollywood gossip, the passenger list of a 707 that crashed in the Andes, the colour mixes of a new automobile varnish. In fact, Eduardo and I in our different ways are already gathering this kind of information, but we are using the clumsiest possible tool to do it: our own hands and eyes"

"It’s always struck me that Eduardo’s studio is lavishly equipped with photographic and recording equipment of various kinds. He spends a large part of his time on information collection and sorting"

(Sander’s correspondence with Jacobson, focussed on his main hobby when not painting – the garden) 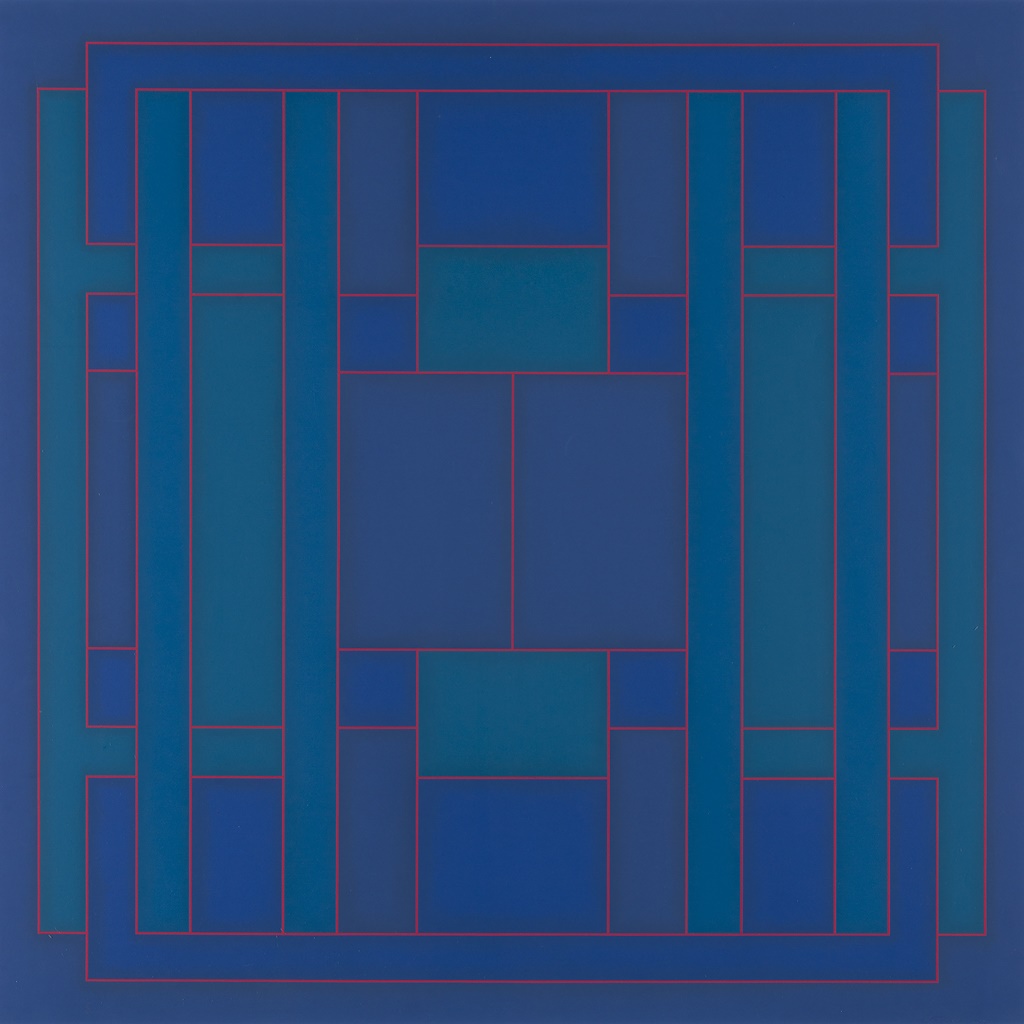 "Working regularly in the print medium has allowed me both to extend my working method and to move into new areas of art more quickly. Many of my prints have become points of departure for the development of a painting or a series of paintings . . .

With this large print, the problem was essentially different – one of the transformation of a painterly concept into a non-painterly medium with reduced size."