A Pair of Wogdon Pistols

In advance of the Fine Furniture & Works of Art Auction on Wednesday 05 July, Head of Department Douglas Girton takes a closer look at one of the sale's top lots, a pair of pistols made by Robert Wogdon.

General Sir David Baird (1757-1829) of Newbyth, Haddington was born in 1757, and joined the army in 1772 at the age of 15. He served in 73rd/71st Highlanders, during the end of the 18th century and purchased the rank of Lt. Colonel on a visit to London in 1789, during the period that these pistols were built. He returned to command his regiment in India the following year.

We know from his biography that Captain Dalrymple wrote to David Baird at Newbyth to order horses to go, posthaste, to Horse Guards to purchase his new rank. To obtain his commission he required an agent and money. Agents in 1790 were based in Charing Cross and Whitehall (Horse Guards) a short walk from 2 Haymarket the premises of Robert Wogdon the renowned maker of precision duelling pistols. Wogdon was so well regarded that a stanza was written about him by an Irish volunteer that read: 'Hail Wogdon patron of that leaden death'. 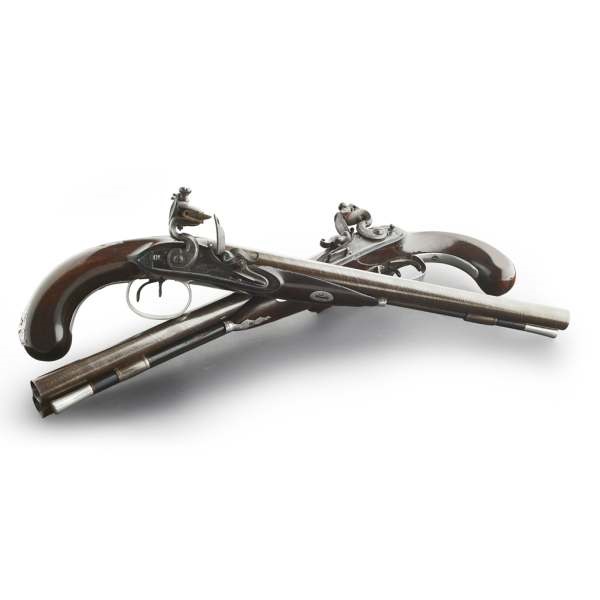 The silver mounts on these pistols are not hallmarked and the barrels bear no proof marks, which was a money-saving scheme adopted by Wogdon: if the pistols were bound for India he could save on the assay and proof fees by not submitting them. Knowing he was returning to India, it is very likely Baird decided to arm himself with a pair of double barrelled pistols by this renowned maker.

By 1799 he had become a renowned Scottish soldier with the rank of Major General and led the attack on Tipu Sultan at Seringapatam. A full length portrait of David Baird by Sir David Wilkie hangs in the Scottish National Portrait Gallery in Edinburgh. 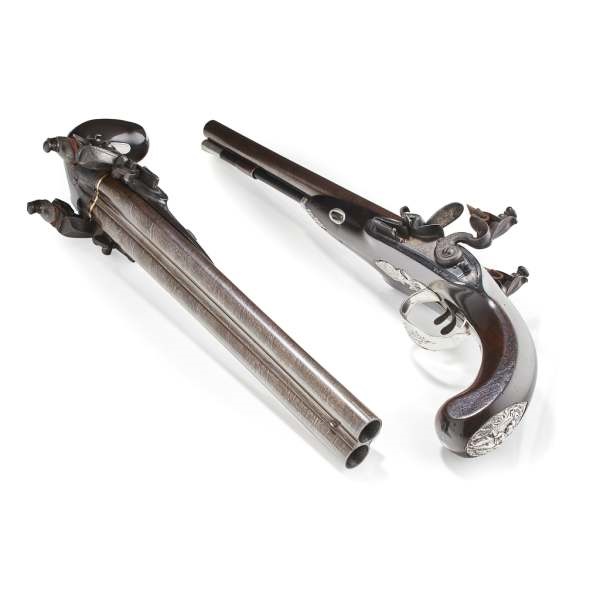 *Estimate does not include buyer's premium or other fees.