Winifred Nicholson, born Rosa Winifred Roberts, was a celebrated British artist known for her still-life and landscape paintings. Born in Oxford on 21st December 1893, she was taught to paint by her grandfather, George Howard, 9th Earl of Carlisle, who counted the Pre-Raphaelites Edward Burne-Jones and William Morris as friends. Winifred studied at the Byam Shaw School of Art in London until 1919 when she travelled to Myanmar, Sri Lanka, and India with her father. On 4th November of the following year, she married the abstract artist Ben Nicholson, the eldest son of artists Sir William Nicholson and Mabel Pryde.

The couple bought the villa Capriccio near Castagnola in Switzerland and the Bankshead farmhouse in Cumbria in north-west England, and split their time between the two countries. Together, they travelled extensively and painted prolifically. Winifred joined the Seven & Five Society in 1925 and exhibited with them frequently, before staging her first solo exhibition in 1930 at the Leicester Galleries in London. Nicholson was inspired by French artists such as Paul Cézanne for his experiments with the application of warm and cool colours, and Henri Rousseau for his simplification and directness of form. She combined these influences to produce landscape paintings from her travels that resulted in scenes composed of bold, concentrated colours depicted in a highly impressionistic manner.

During the late 1940s and throughout the 1950s, Nicholson spent a great deal of time in the Scottish Highlands. She frequently visited the area with the poet Kathleen Raine, a close friend, staying at a retreat at Sandaig in Ross-shire on the western coast. Inspired by the effects of light and colour created by the ever-changing weather conditions, Nicholson felt a special, profound connection to the landscape and was eager to learn its folklore, customs, and people. The work produced in Scotland are deeply emotive, and allowed Nicholson to express not only her fascination for light and colour, but also her love for the country.

Winifred Nicholson comes from an artistic dynasty, with ancestors, the family she married into, and her children also professional artists producing impressive and ground-breaking works of art. In this artistic milieu, Winifred was able to stand alone as a prominent and successful artist with her own unique and identifiable style. The lasting appeal of Nicholson’s work is ever apparent, with pieces in major public collections such as Tate Britain in London, and the Scottish National Gallery of Modern Art in Edinburgh. 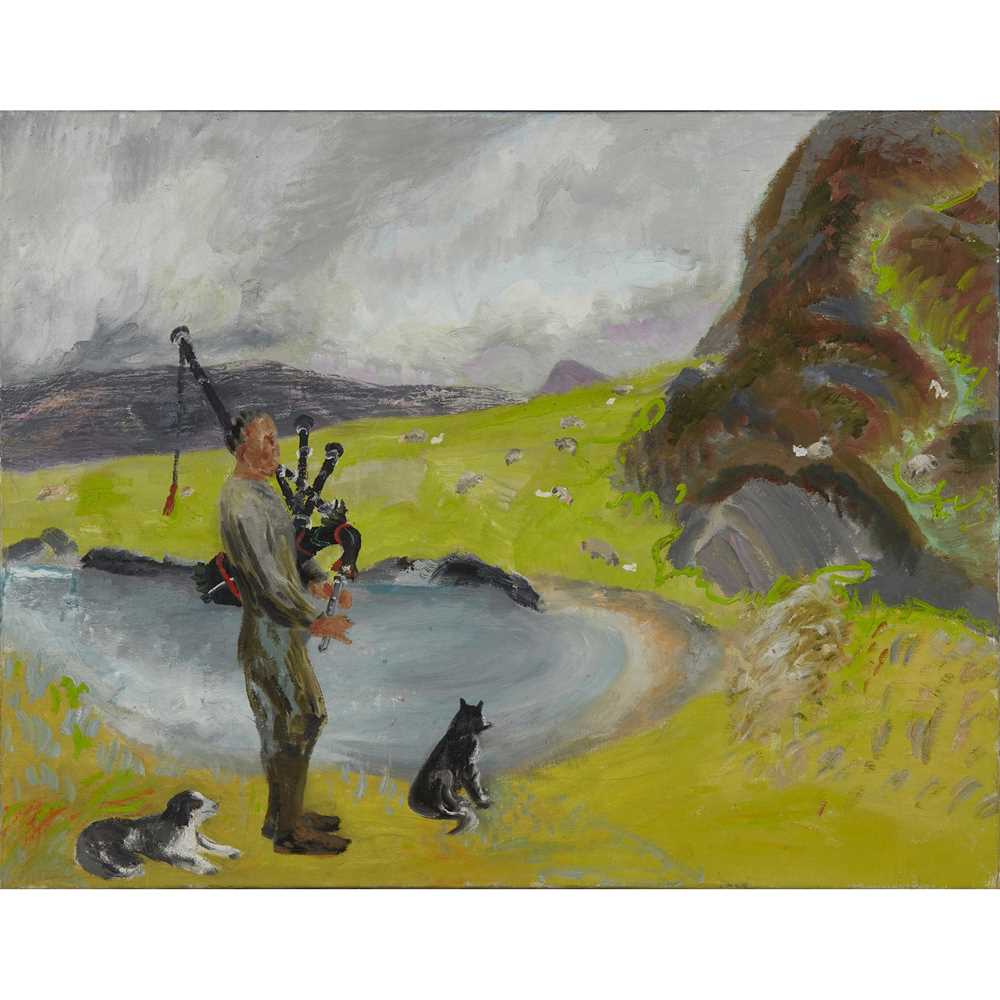 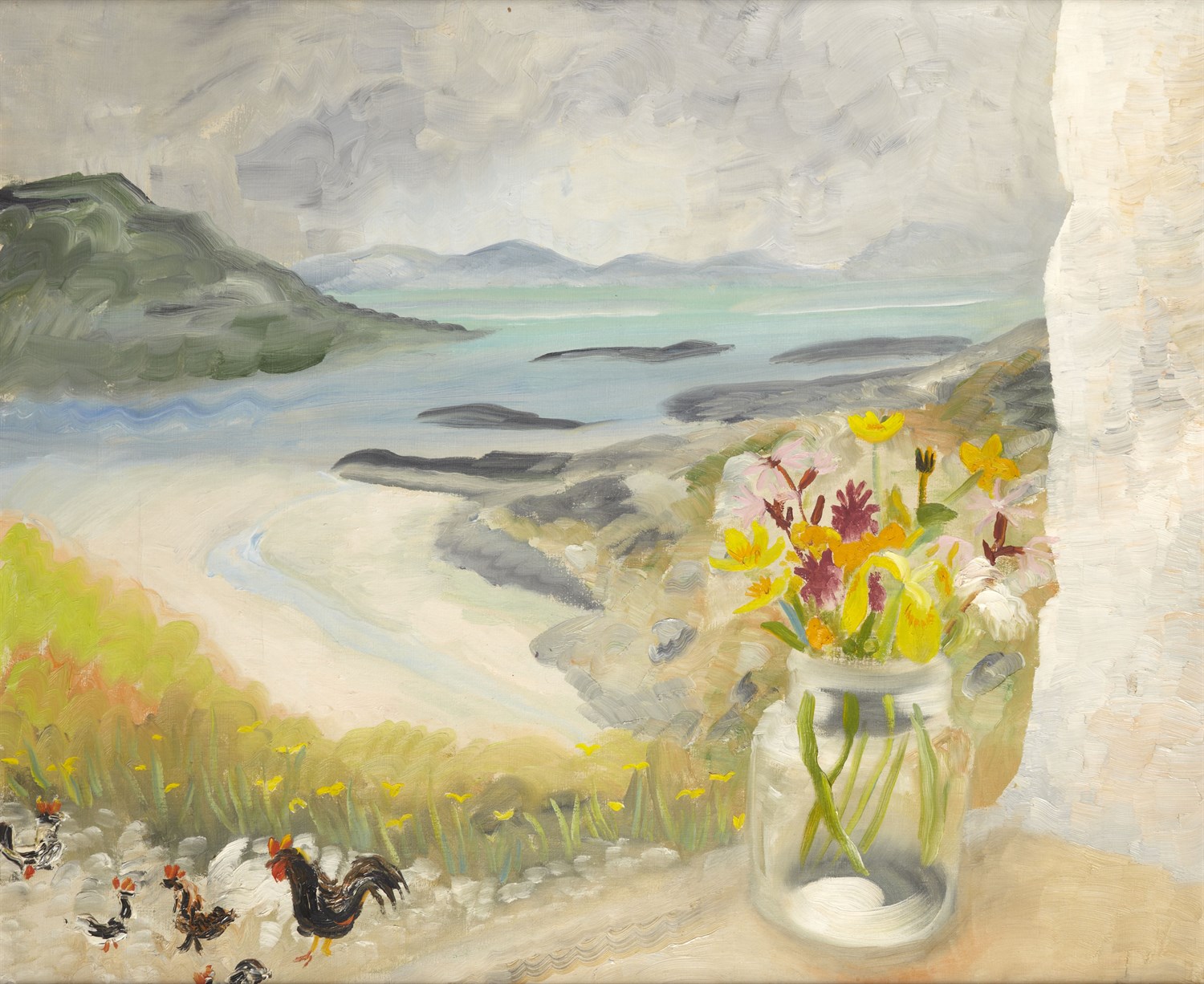 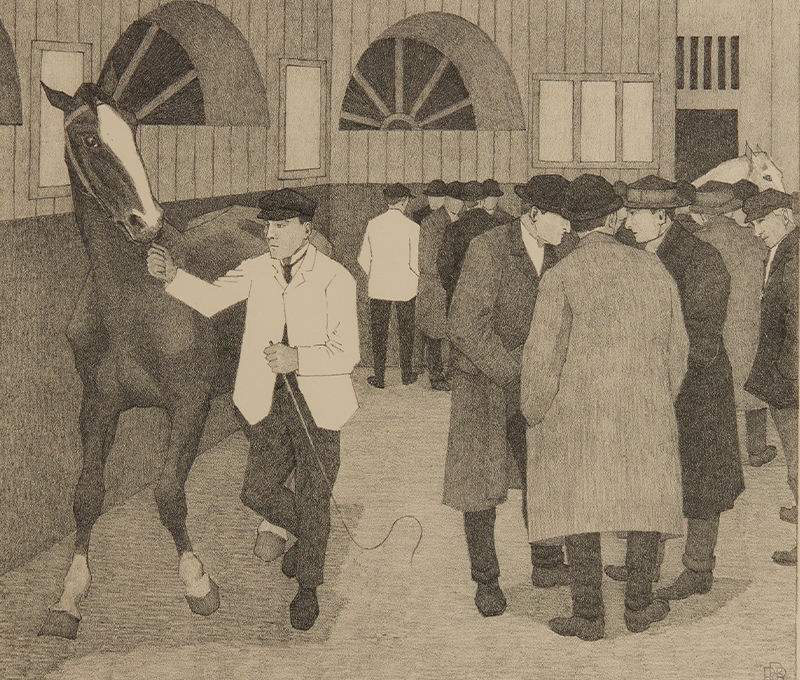