René Lalique (1860-1945) was, and remains, one of the most celebrated designers of his generation - achieving a pinnacle of excellence in two specific arenas. Firstly, he distinguished himself as the most significant Art Nouveau jewellery designer, acknowledged for his creative genius by being made an Officer of the French Légion d’honneur, one of the highest accolades awarded in France. Subsequently in a second career, he established himself as an Art Deco designer and one of the most important glassmakers of the 20th Century. In both careers, his greatness lay in the quality of his designs and his ability to keep in step with current fashion.

After being apprenticed to Louis Aucoc and having worked as an independent designer for the houses, such as Cartier and Boucheron, René Lalique established his jewellery business in Paris in 1885. Lalique broke with the traditional understanding of jewellery-making through his exploration of new materials. He still worked with precious metals and gemstones but innovatively combined these with semi-precious stones and horns, as well as with glass and enamel.

From about 1894 René Lalique turned his attention to glass. By 1909 he employed 50 to 100 workers, but after the First World War bought a factory in Wingen-sur-Moder, Alsace, in the east of France, when the workforce grew to hundreds. That region already had a glass-making tradition and the Lalique factory remains there today. Lalique produced high-quality glass using moulds to create beautiful figural and natural designs. Colour is also a key part of the work, the distinct milky blue opaque quality being something that no one else has been able to imitate either during Lalique’s lifetime or subsequently.

Lalique was hugely prolific in the breadth and variety of his ranges - making everything from dressing table objects to dining wares, as well as vases, lights, car mascots, jewellery, and architectural features. Besides smaller items, he also exhibited two whole dining rooms completed with fittings, lighting and tableware at the 1925 International Exhibition of Modern Industrial and Decorative Arts in Paris. The exhibition provided him with an ideal opportunity to showcase his work. Having already made a name for himself as an Art Nouveau master, now Lalique was able to garner huge respect as an Art Deco designer too. 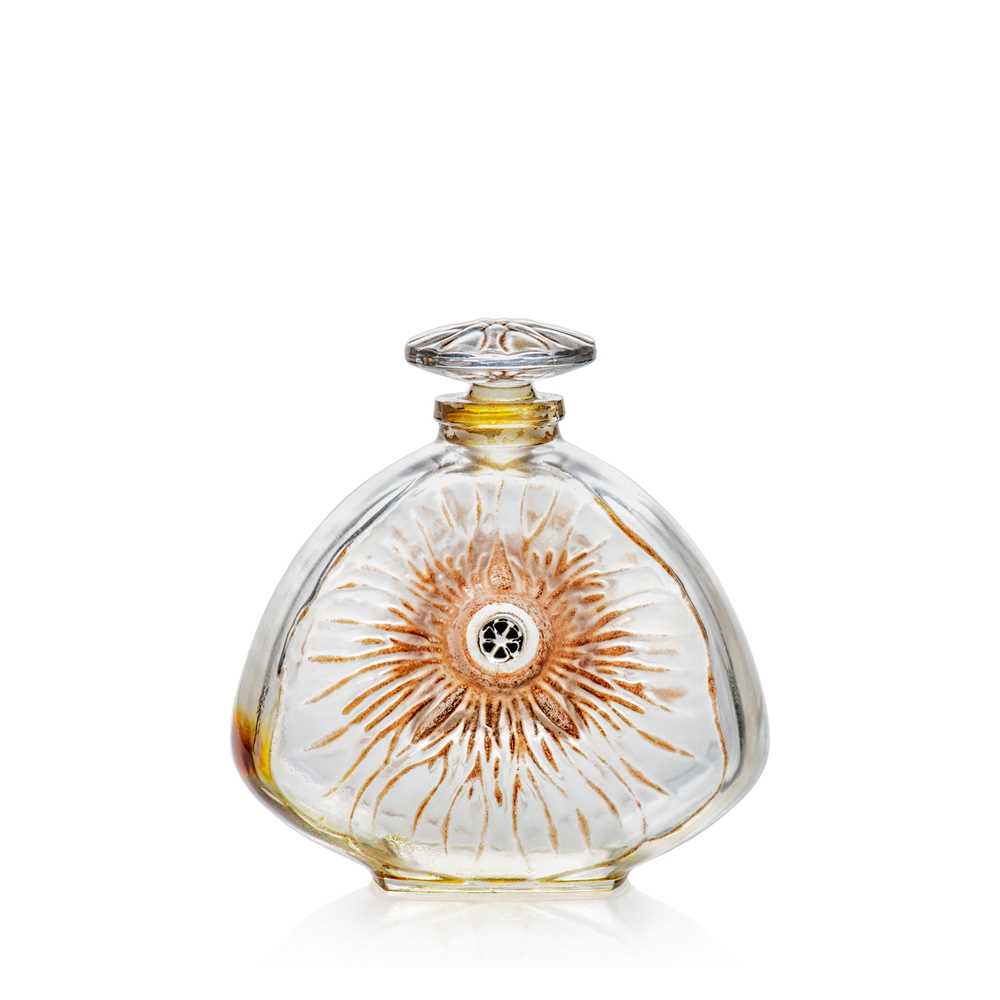 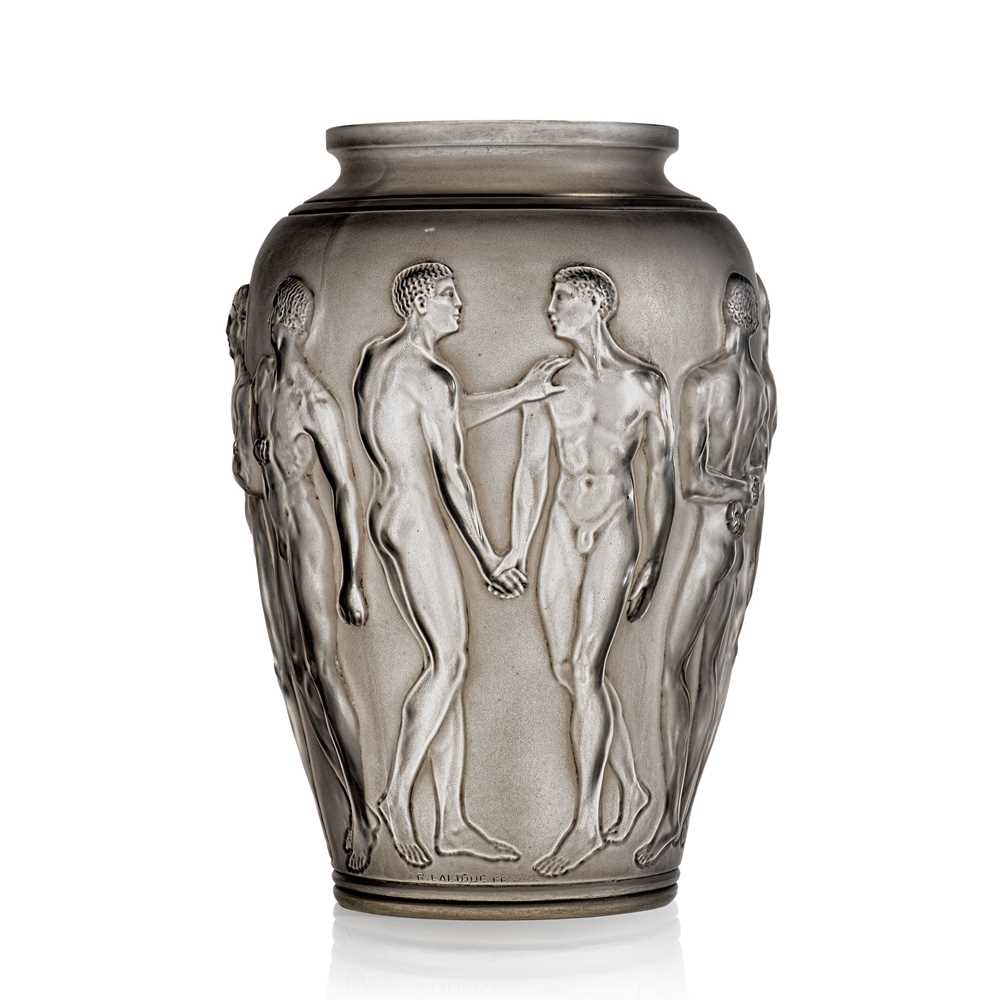 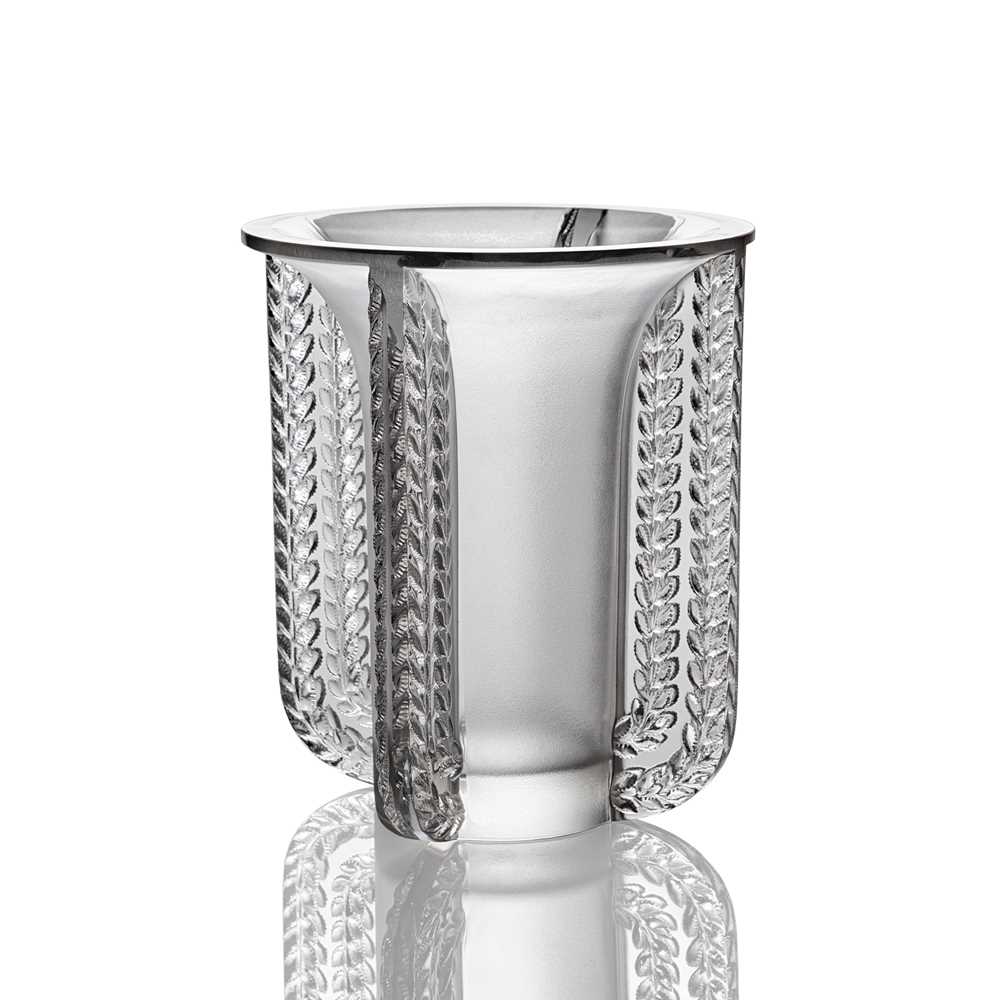 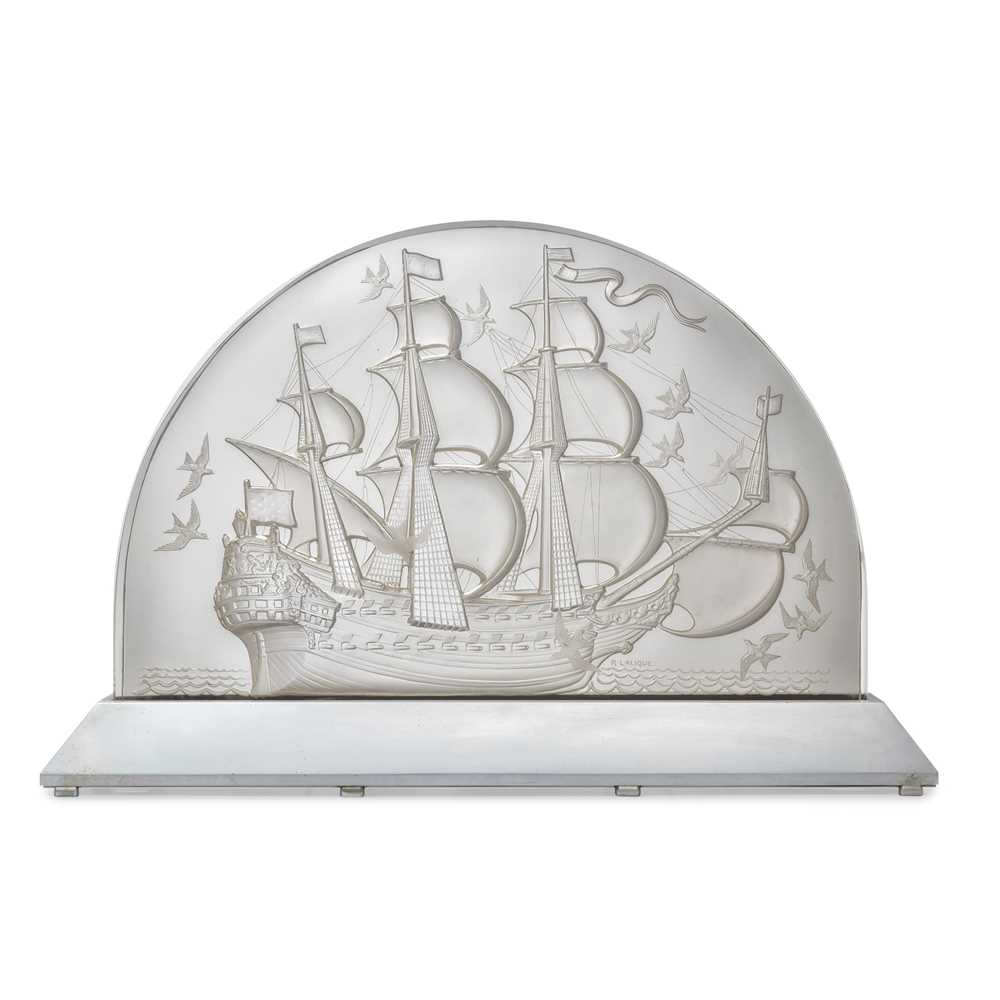 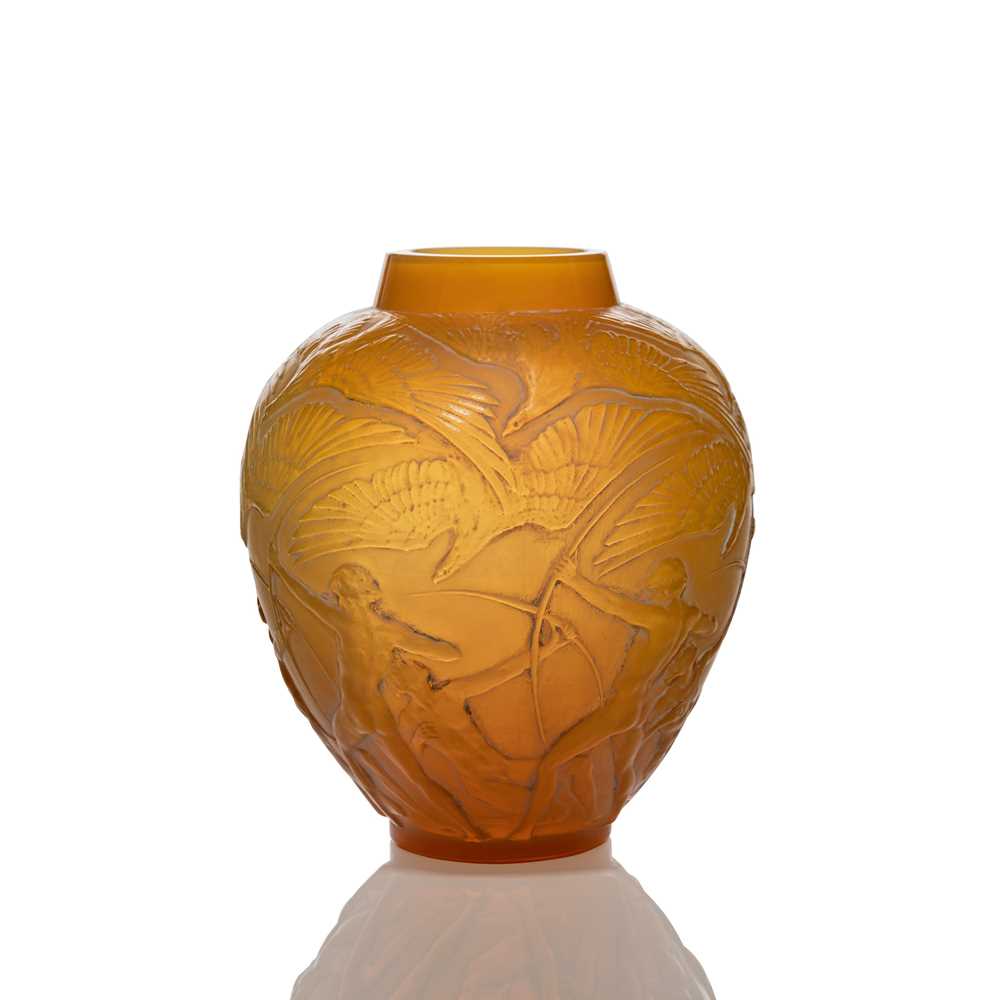 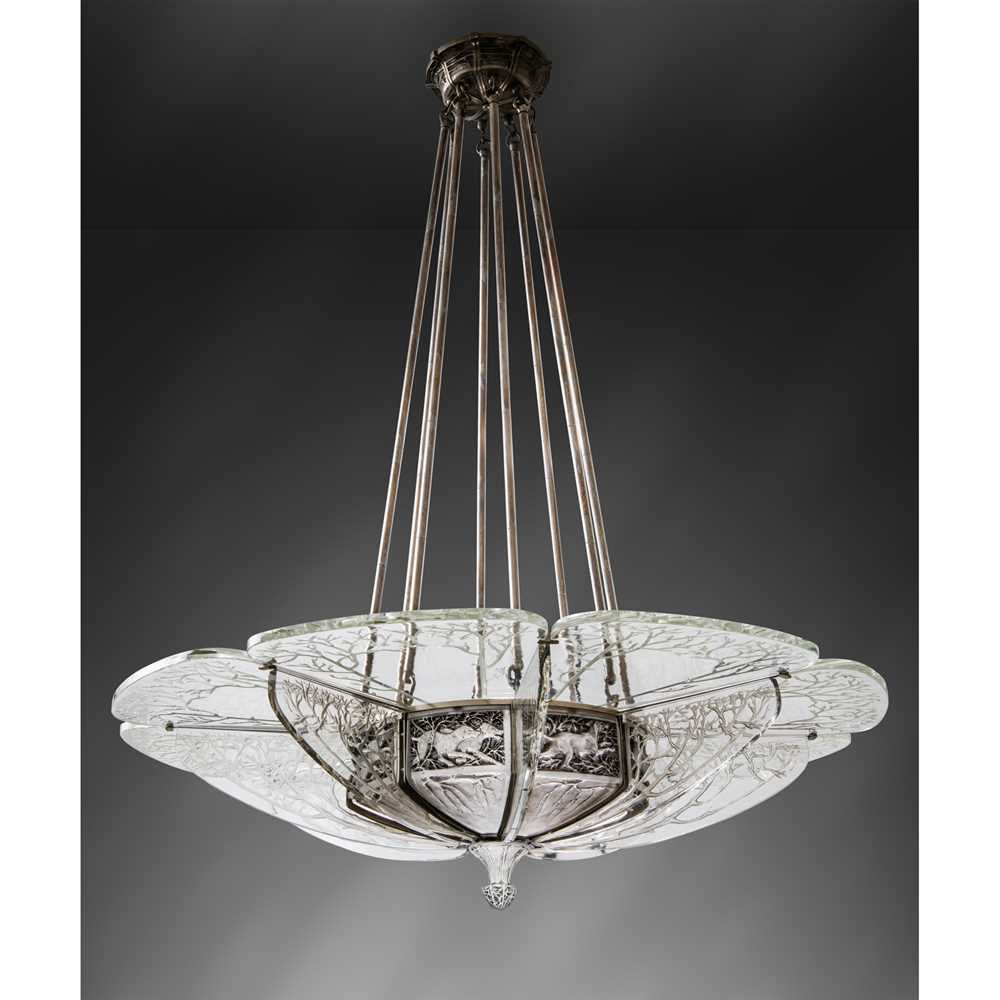 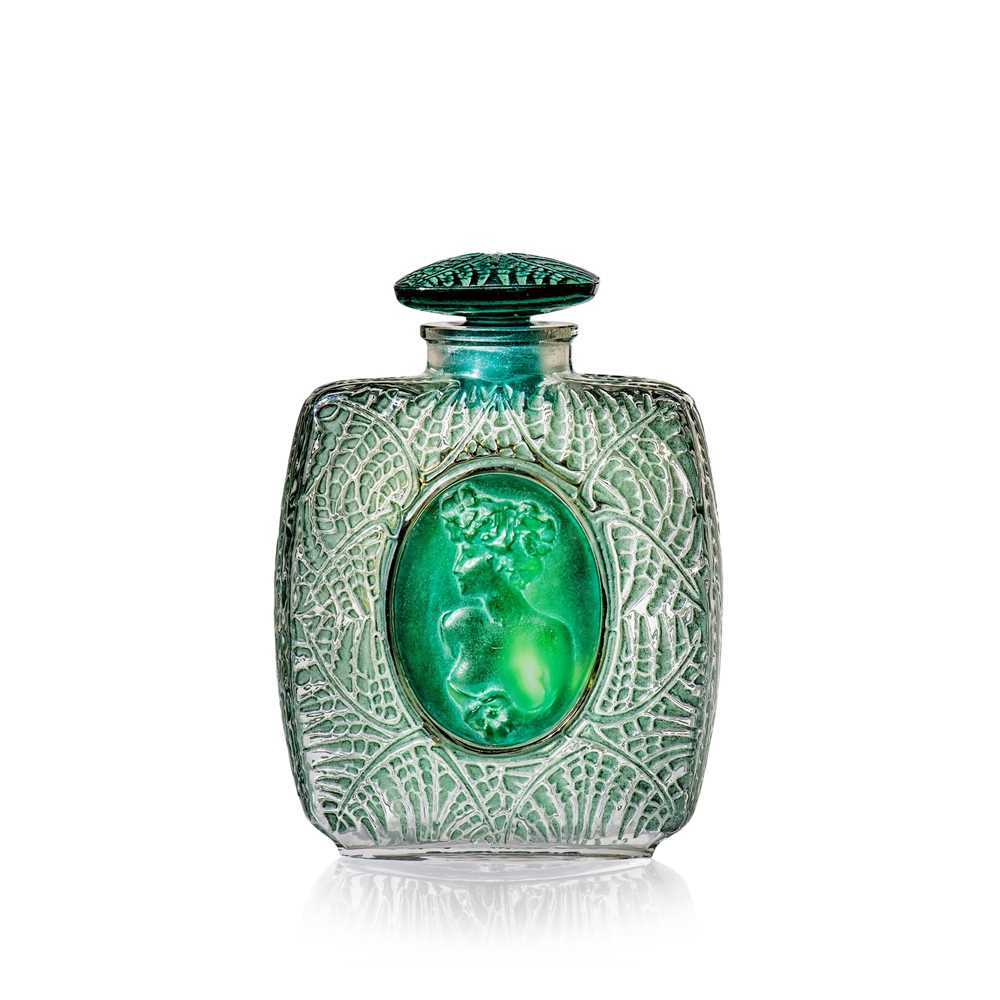 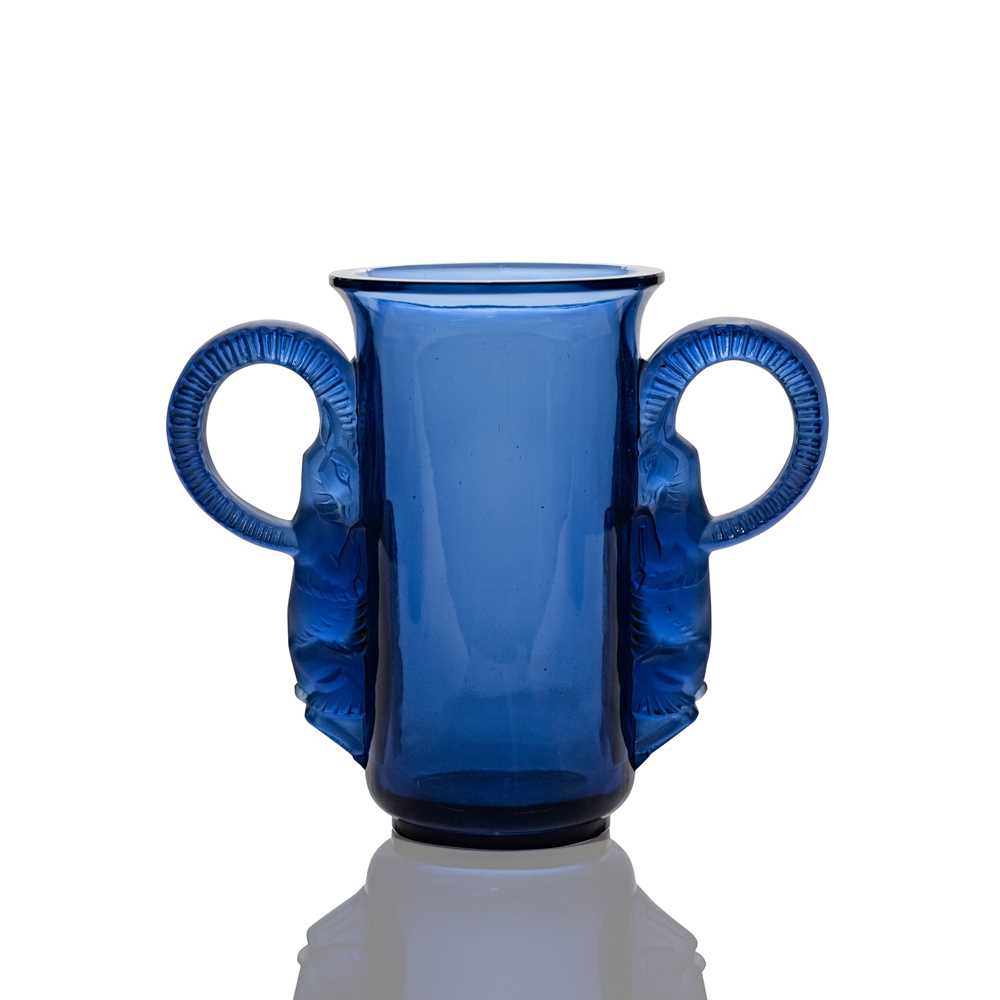 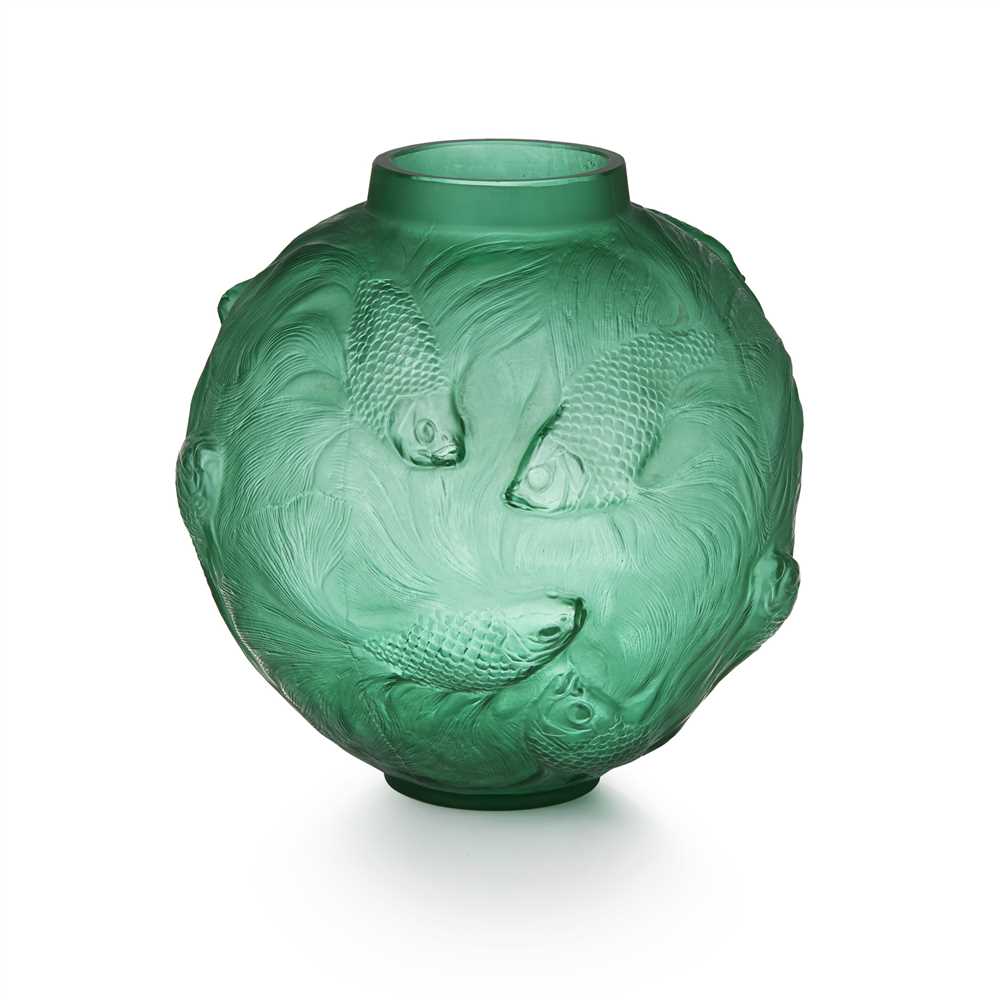 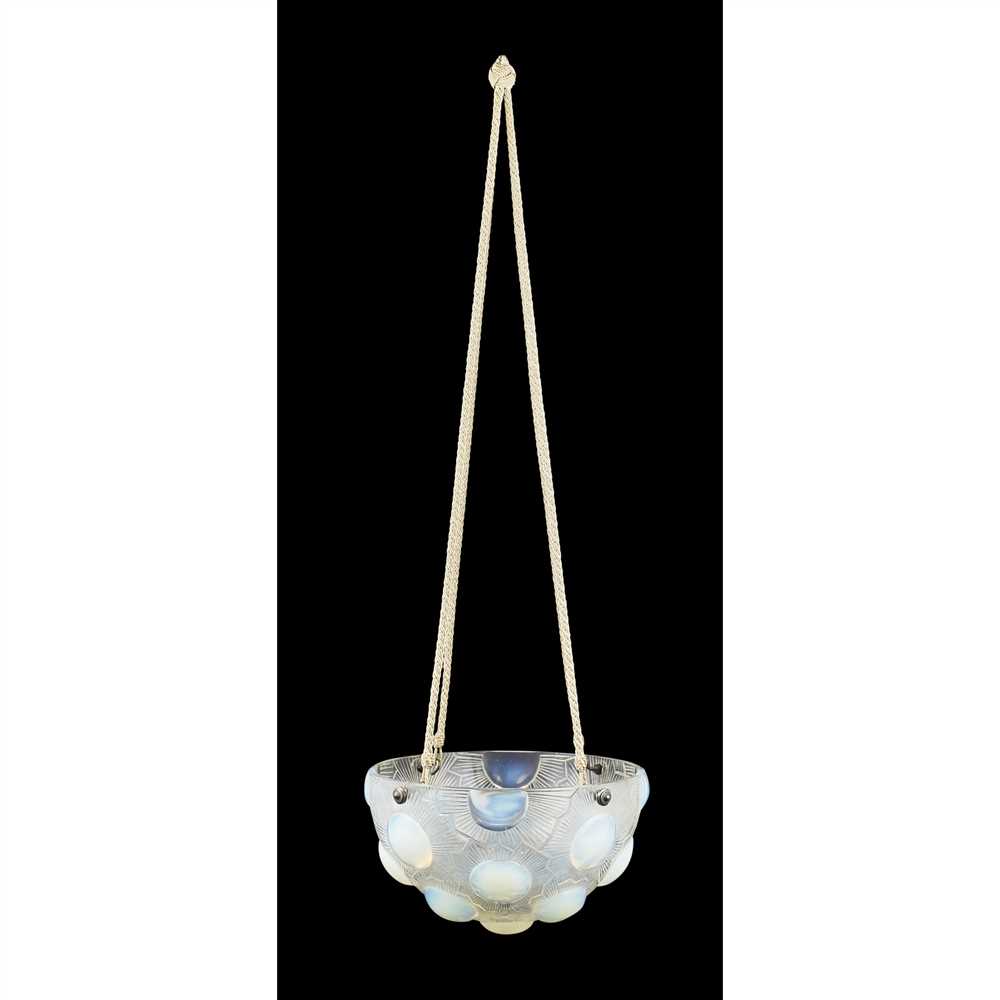 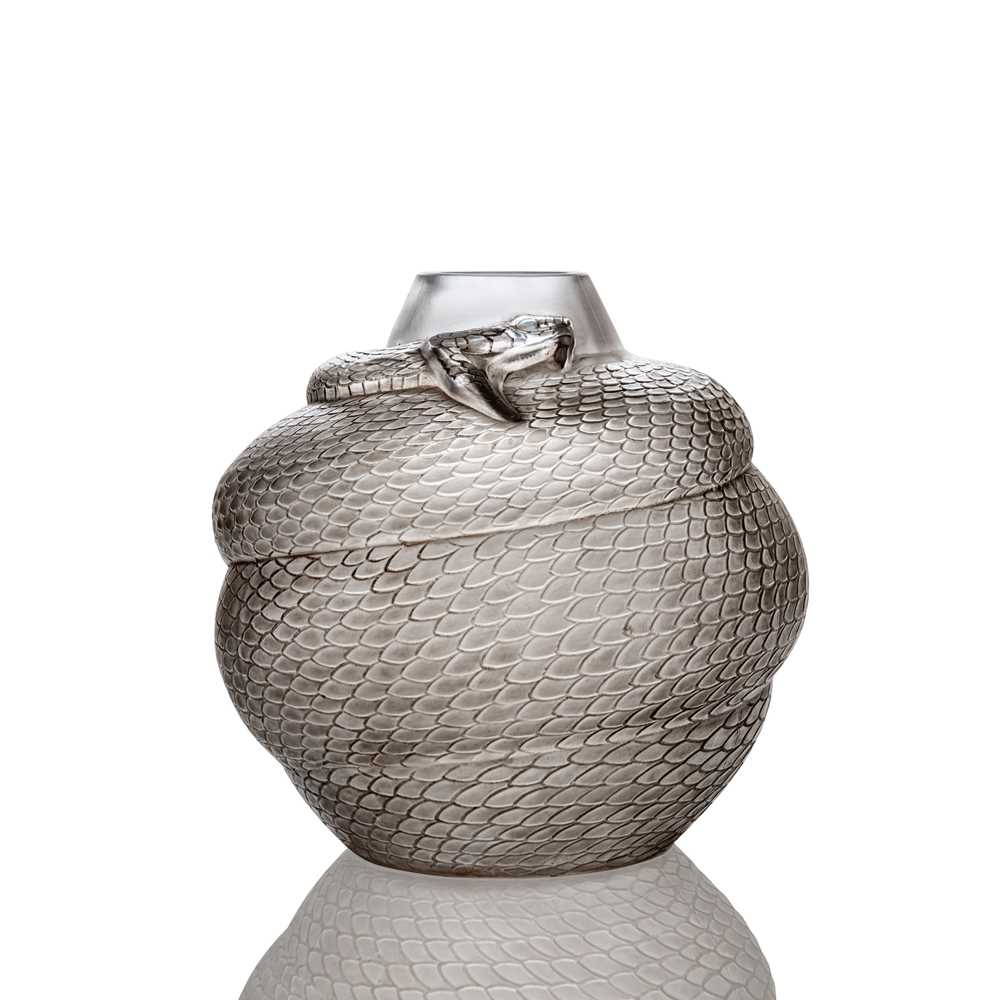 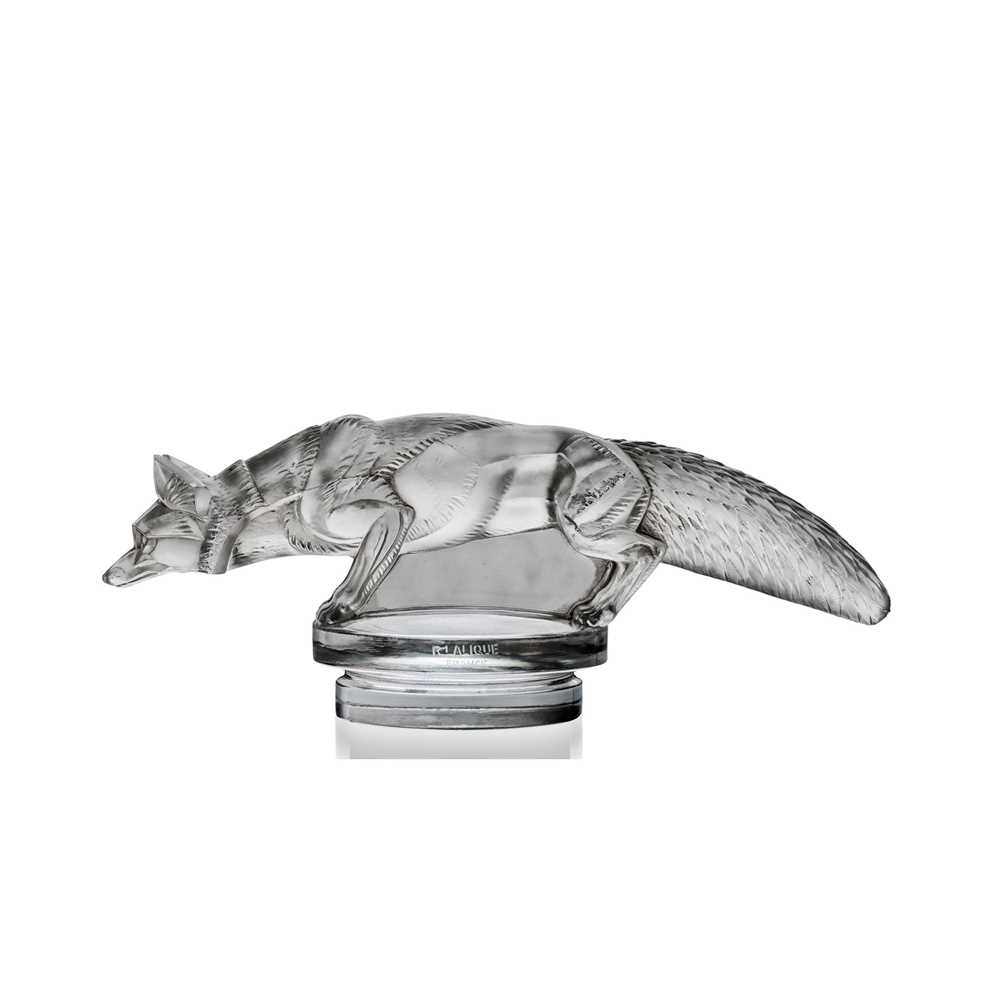 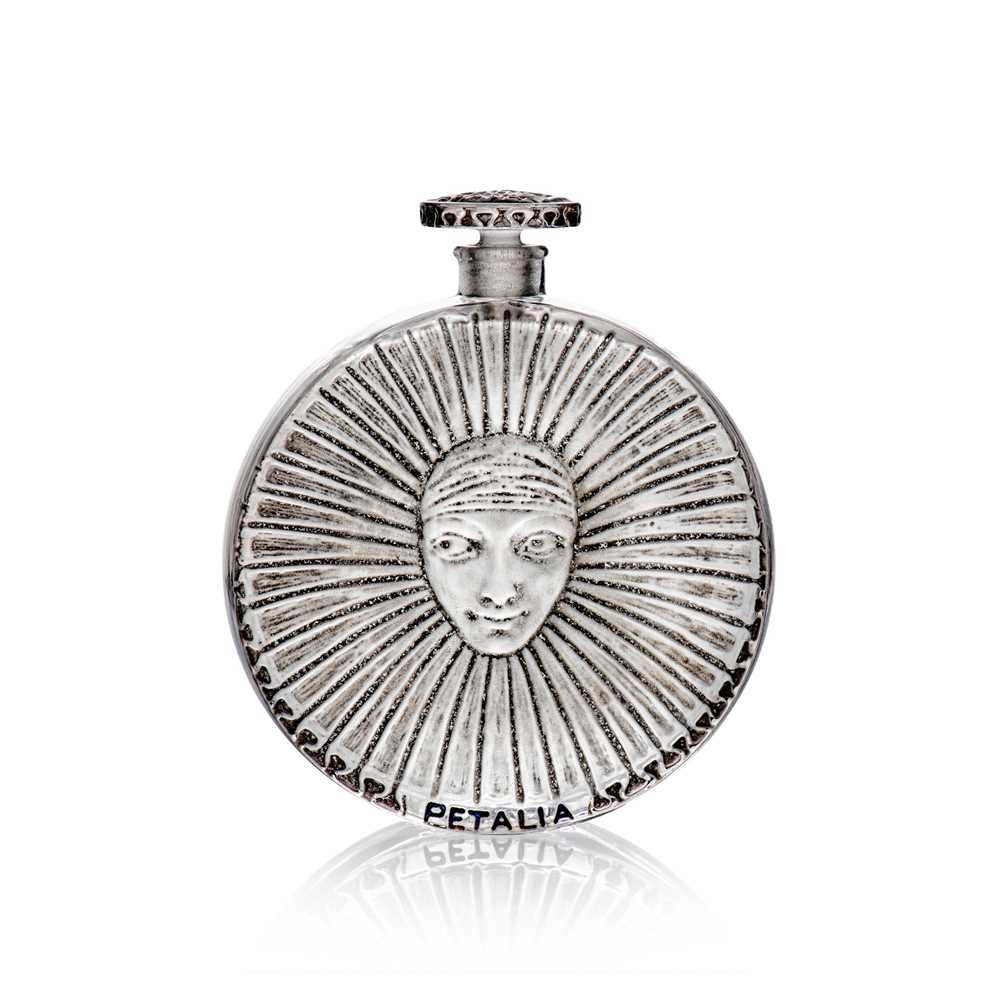 Highlights from our October 2022 Auction