Scottish artist, Anne Redpath OBE ARA, was born in the Borders town of Galashiels, the daughter of a tweed designer: a fact that she often asserted was her initial introduction to the harmony of colour, her father’s ability to drop differing flecks of colour into his tweed designs. She entered Edinburgh College of Art in 1913, and post-graduate study there afforded her the opportunity to travel in 1919, visiting Bruges, Paris, Florence and Siena. This trip represented a significant moment in her artistic development as she discovered frescos in Siena; their dry, flat quality appealed to Redpath, as did the use of chalky white surfaces, and we can see this influence in her work in the following decades; in her design, flattening of perspective and colour choice.

“I am someone who is very interested in colour – and by that I mean bright colour, gay colour; but at the same time if you are a colourist you like quiet colour as well, and I think this love of gay colour is contrasted in my mind with this love of whites and greys and as far back as I can remember, I have loved painting white . . . I have always liked white. In all the houses I have ever lived in, I have had a white wall in my sitting room."  Anne Redpath

Following her travels, in 1920 she married the architect James Michie, and together they moved to the South of France and started their family. In this period, Redpath painted only sporadically, instead channelling her creative energy into the home and social life of the family, feeling that was an art form in and of itself, and an on-going creative flow that could be re-focussed back into painting at an appropriate time.

In 1934, Redpath returned to Hawick and re-committed to painting, exhibiting regularly in Edinburgh and actively participating in the Scottish Society of Women Artists. Her artistic career took off, and in 1947 she was made an Associate of the R.S.A. and in 1952 became the first female painter inducted as an Academician. In the late 1940s, she moved into Edinburgh, enjoying city life and taking the opportunity to travel, mainly in Europe, throughout the 50s and 60s.

Anne Redpath is best known for her still-life subjects, often featuring her own personal objects, beautiful vases, ceramics and fabrics carefully and considerately arranged and depicted to best decorative effect. Continually inspired, she also painted landscape views of the countries she travelled to and depicted her loved ones in evocative portraits. Greatly inspired by Henri Matisse, Redpath often flattens form and perspective, particularly to generate decorative elements within the pictorial frame. Her handling of oil paint is distinctive, with expressive handling and a rich surface texture; throughout her career, colour and texture remained central to her work. 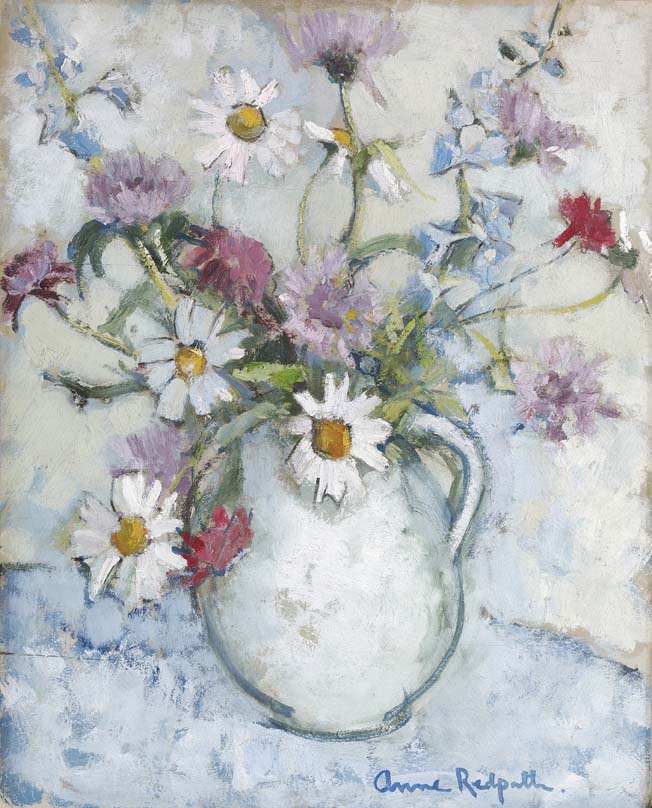 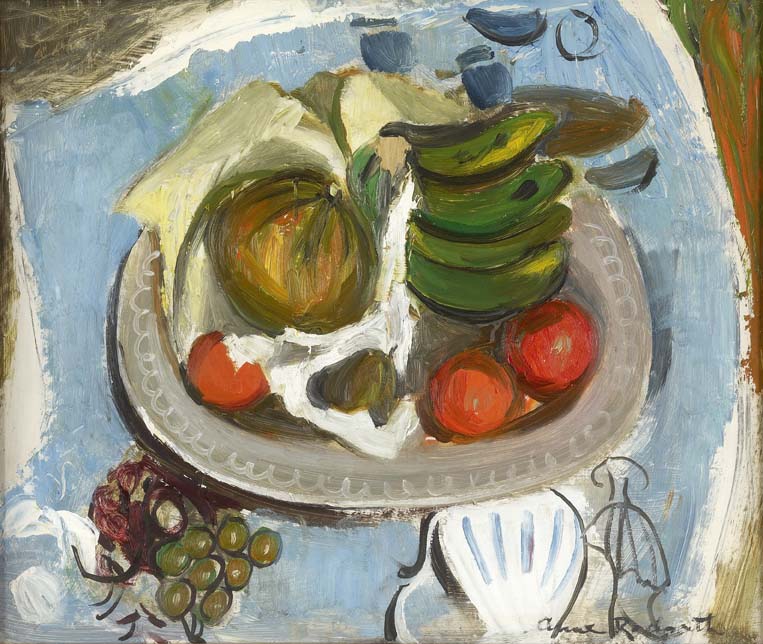 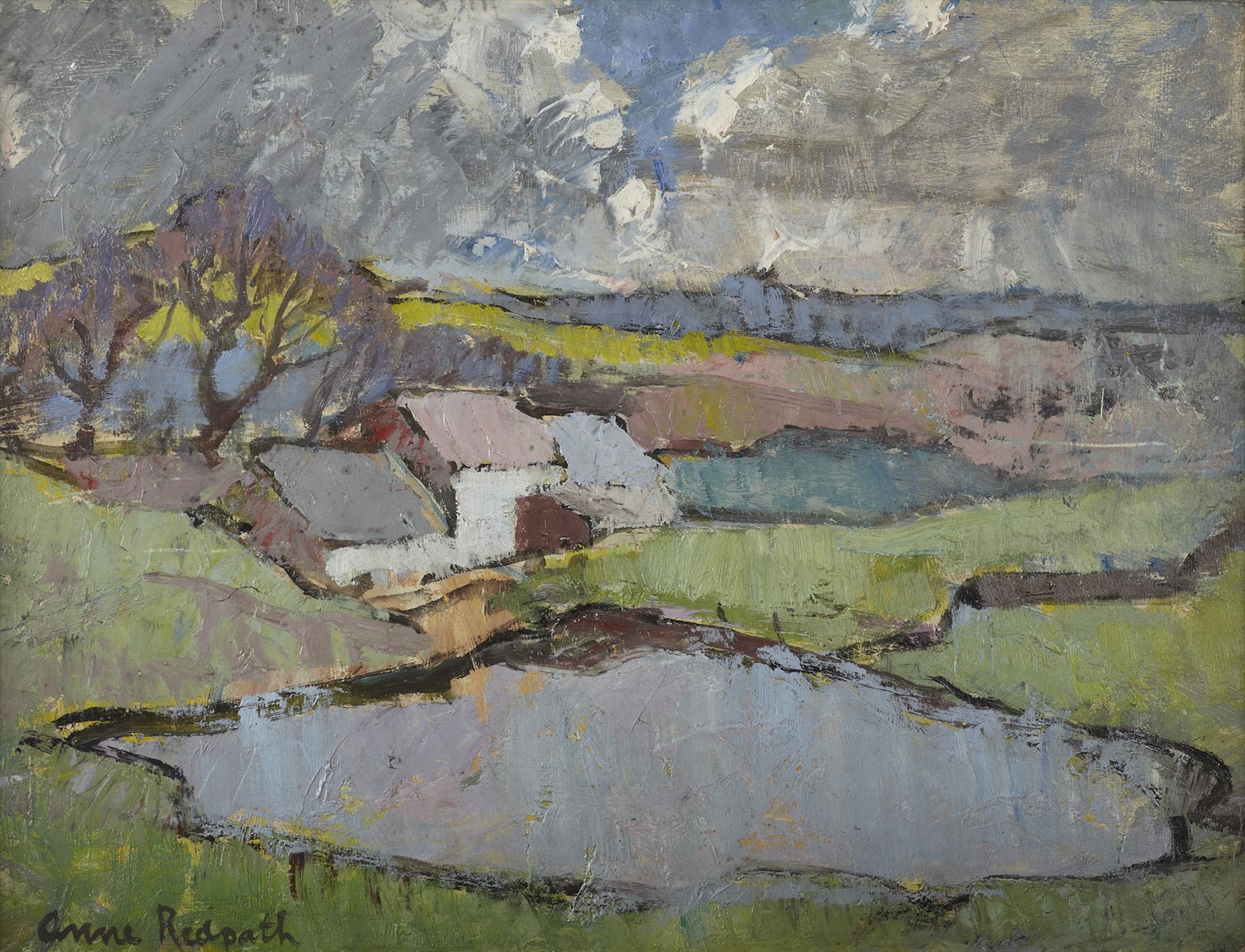 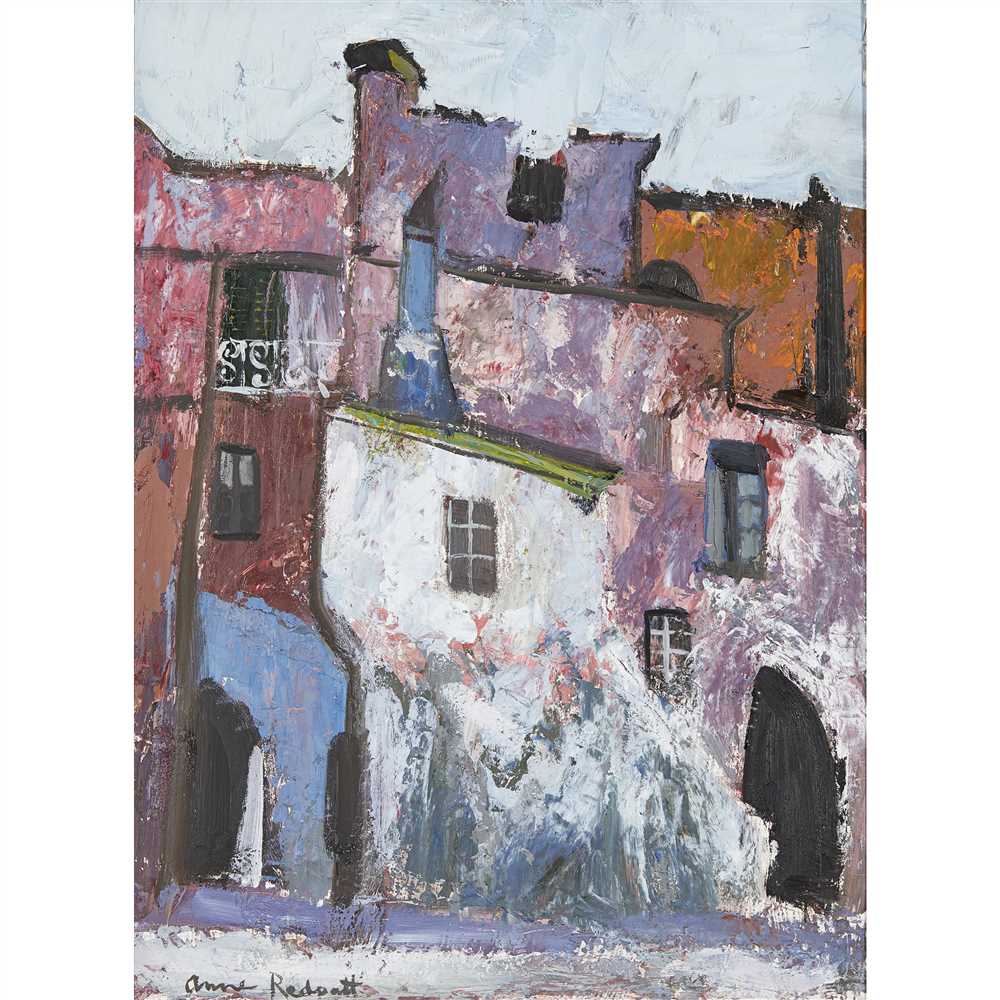 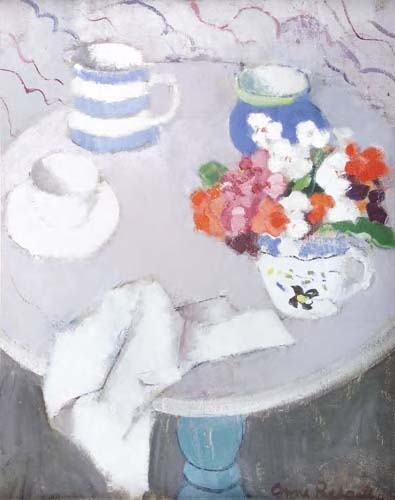 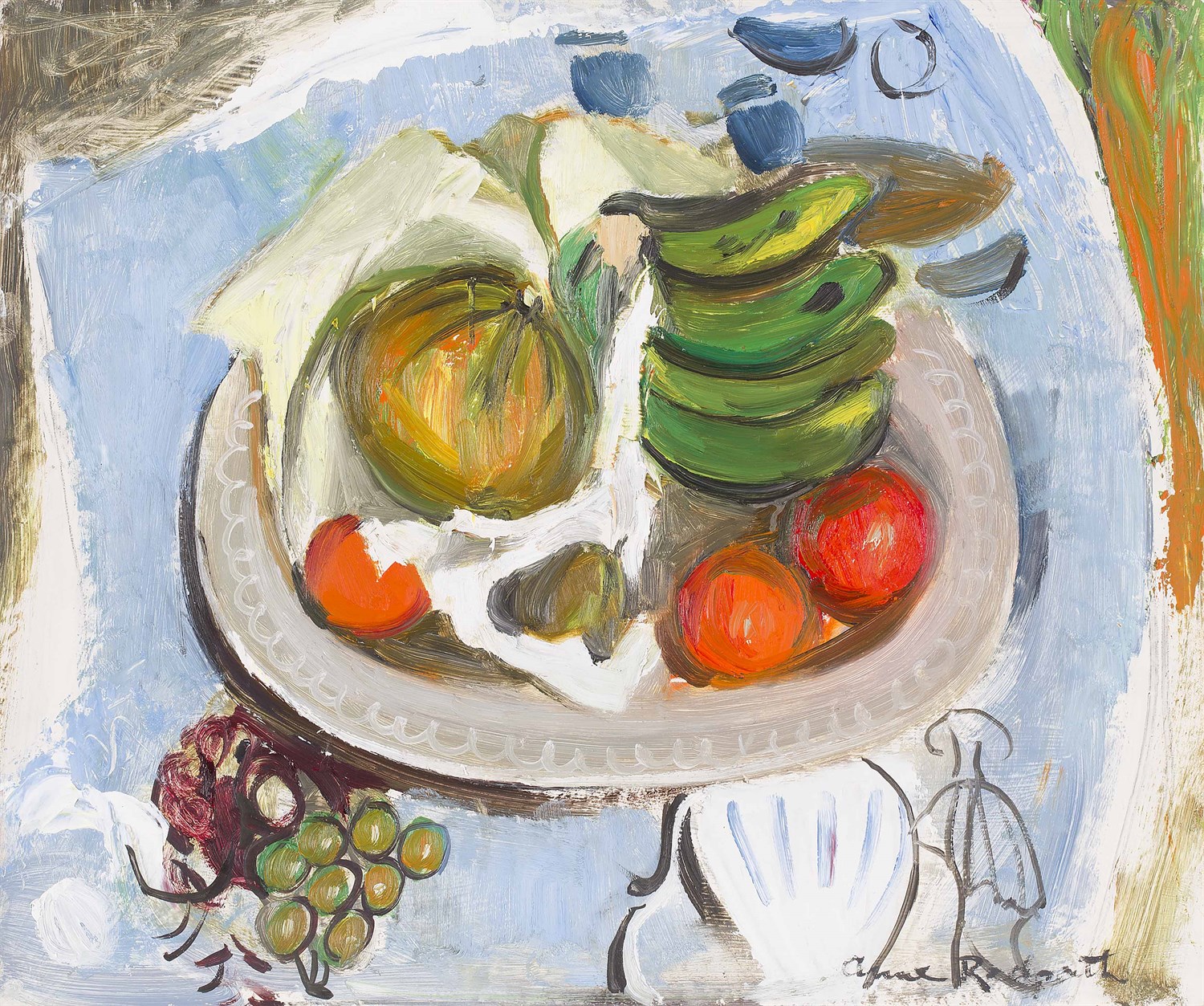 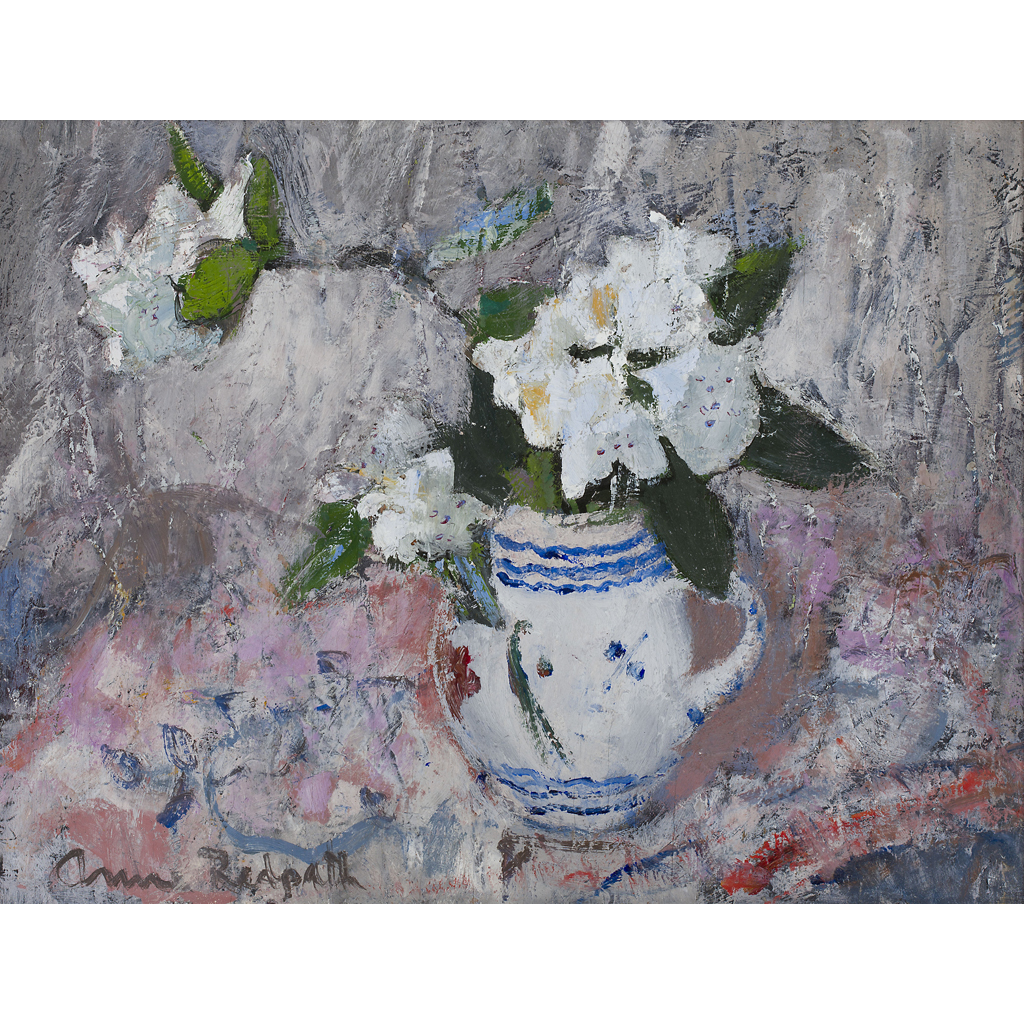